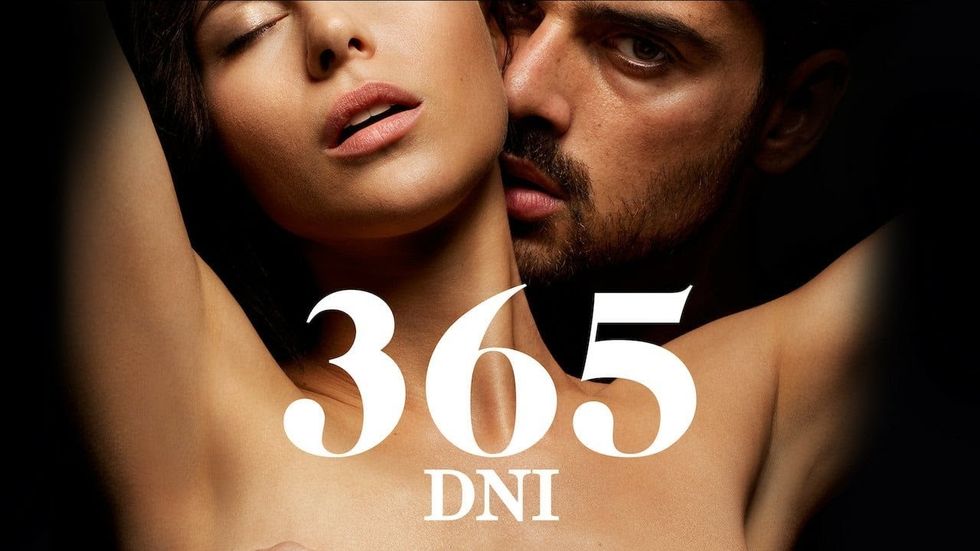 After seeing much conversation about this movie on TikTok, I decided to give it a go. I set up my laptop, grabbed some popcorn, and was completely unaware of what I was about to witness.

The movie opens with two men discussing some business deal regarding sex trafficking, which was quite jarring to see. When one of the men decides to decline to join the ring, he ends up being shot and killed on top of his beautiful mansion. His son, Massimo (Michael Morrone), who was shot and survived, saw this beautiful woman in the moments before he went unconscious. To say the opening scene was gripping is an understatement.

The plot then skips forward five years where we see the son going about his daily life as an Italian businessman. He continues to see this mysterious girl everywhere he goes. The movie then flashes to the actual girl, named Laura (Anna Maria Sieklucka), in her boring normal relationship. I quickly got the sense that she, too, was quite bored of her relationship. She and her boyfriend then board a plane to Sicily for her birthday.

Enjoying her time with friends that met them there, Laura is disappointed her boyfriend is off spending time without her. On one particular night of the vacation, Laura is seen galavanting around the town. She runs into Massimo, who then decides to drug her and kidnap her. She then wakes up inside of the same beautiful mansion his father was shot and killed on top of.

At this point in the movie, the plot is thickening and yet the acting just continues to go downhill. Massimo has taken Laura's phone and laptop, and is quite sexually aggressive towards her. He finally explains the ultimatum he's giving her: I saw you when my father died, I have been searching for you for five long years, and now I have kidnapped you to give you 365 days to fall in love with me.

Laura is obviously quite hesitant about this decision and insists on going home. Massimo isn't too keen on letting his dream girl get away so fast, so she ends up having a stunning dinner with him instead. This is really the start of their "love" life. Laura begins slowly falling for Massimo as they venture around the world together, have many romantic boat trips together, amongst several candlelit dinners.

Massimo and Laura eventually end up saying the "L" word to each other, before the year is even close to being up, which indicates to Massimo that he can trust Laura enough to allow her to go home. Back in Poland, Laura heads to her best friend's house and rekindles their friendship over many drinks.

A huge plot twist continues to bond Massimo and Laura together, until an abrupt ending leaves their new life together in shambles.

There is certainly no shortage of fully nude sex scenes riddled throughout the movie, with romantic and sensual music playing in the background. It's enough to make anyone's jaw drop at the pure unadulterated bonding that Massimo and Laura entail together.

Between the handful of jarring sex scenes, the elegant lifestyle portrayed throughout the entire movie, and a forbidden love coming to fruition, Massimo and Laura are surely the couple of the year. While the acting in the movie was less than subpar, the sparks between the main characters is enough to draw any viewer in.

Overall, I was never bored while watching this movie and would definitely recommend it to anyone looking for a spicy, romantic, and mysterious movie.