I Don't Know What I'm Doing Once I Graduate

I Don't Know What I'm Doing Once I Graduate 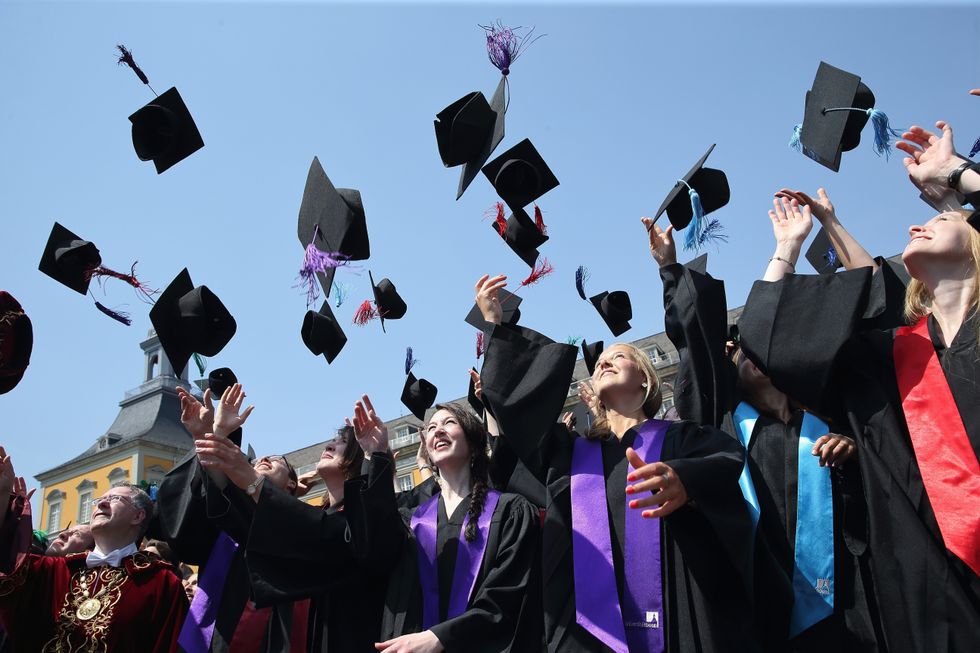 Imagine walking down a beautiful road, every step has been paved out for you. The path is clear and, while there are some forks in the road, it is very apparent where you should go. Suddenly the path ends, and you're left standing in front of a forest; you have no direction, no end in sight, and worst of all no path. That is how most college seniors feel. So, please stop asking, "what do your plans after college look like?" because we don't know.

For everyone going to elementary, middle, and high school was a must. This meant you always knew what the next year would hold. Even if it was having a locker next to the kid who smelled like beef, at least you knew what you were in for. And for many kids, college was a logical next step. While you were unsure what the future at your university would look like, maybe you'd actually live with the kid that smelled like beef, you knew that you would have security for the next four years. But once college ends, what do you do?

Whether it's parents, relatives, professors, classmates, or friends, everyone asks, on a regular basis, "What are your hopes and dreams now that college is almost over?" The idea that you are supposed to already have gone ahead and weed-whacked a path for yourself before you have even laid eyes on your graduation cap is terrifying.

As of April 2014, 83 percent of seniors said they did not have a job lined up after graduating, despite 72.7 percent reporting that they were actively looking for one, according to AfterCollege. If it was just my academic advisor or my mom consistently asking me, it would be a less threatening question. But when it is something I hear every time I meet someone new, it becomes engrained in my brain and makes it difficult to focus on actually finishing college.

We're all scared and worried about making our way through this metaphorical and literal forest that is the job market. Applying to jobs now is both far easier and way more difficult than it was even 20 years ago. You now have access to thousands of jobs and thousands of sites to help perfect your resume or write your cover letter, but so does every other college graduate with internet access. The sheer volume of choices coupled with the reminder that you're only one of the "first 100 candidates" to apply is overwhelming.

Applying to jobs is difficult, and you probably had two or three internships by the time you're ready to graduate, but, contrary to popular belief, just because you had an internship does not mean that you have a job. According to the DailyCaller, only about 25 percent of students say they were able to swing an internship into a real job. Those experiences look great on your resume, but they can't help you move out of your parent's house.

With all this pressure to just get a job, it can be tempting to take the first thing you're offered. But that first job, however arbitrary, can impact the rest of your career. According to CNBC, recent grads "who end up in jobs that didn't require a college degree are five times as likely to still be in such a position five years later, compared with those who put their diploma to use right away."

We become faced with this predicament of trying to find a job fast, but a good job; a job that we like, but makes an impact; a job that means something to us, but pays well. While it is very beneficial to have a plan, most of us don't.

So, please don't ask a college senior what their plan for graduation is, instead just ask how they're doing.