I Am Impatient, How About You?

I Am Impatient, How About You?

An Incredible Story Is Coming Your Way 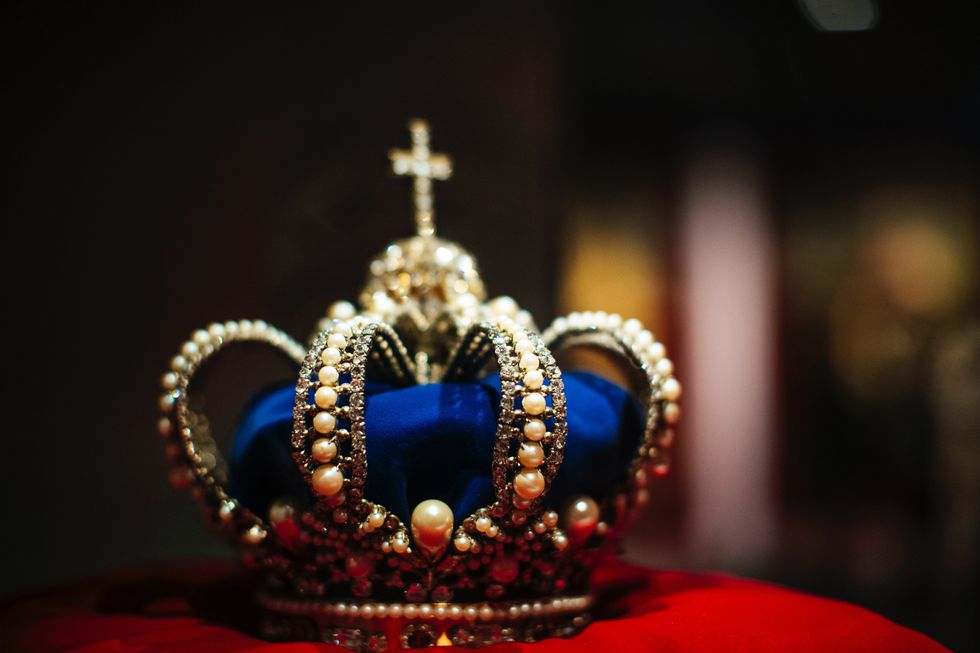 I am impatient, how about you?

I would love to receive forgiveness from certain people I knew back in the day and that hasn't happened yet. In some cases, I've been waiting years to hear those grace-filled words "I forgive you."

I love food so much that as soon as I've said grace, my plate is usually clean in 5-7 minutes.

I have shared stuff on social media out of zeal and passion but without waiting for all of the facts to come in. Yikes. Still learning how to stop doing this one.

I am impatient in so many more ways than these examples. How about you?

If you read this whole article, you will hear an incredible story about patience and faithfulness. Just a heads up 😁

I was reading the Bible a couple of nights ago and something just blew my mind. I was so shocked to see this passage in the Bible I had to re-read it a couple of times and then gush about all of the cool implications with my friends.

King David is one of the most beloved people in Jewish and Christian history. He was one of the pre-figures of Christ in the Old Covenant (also known as the Old Testament). What that means is King David gave the Israelites an idea of what Christ would look like waaaaay before Christ was born.

King David has an amazing testimony, but we're only going to focus on one part of it today - David's long journey to becoming the recognized king of Israel.

Israel's first king, Saul, broke his promise to the Lord. Saul's disobedience caused God to withdraw his favor from Saul, even though Saul was still king of Israel. God searched the hearts of his chosen people, the Israelites, for someone worthy to be anointed the next king of Israel. God found a "man after his own heart" David, Jesse's youngest son. God sent the prophet Samuel to find David and anoint David as king of Israel in secret.

Just wait, the story gets much better.

David is enlisted to help Saul by playing the king soothing lullabies because Saul was tormented by his own wild emotions. David also gained Saul's attention during a famous fight against the Philistine warrior, Goliath. David was the only one in Israel confident enough to challenge the strong brute of a warrior Goliath and win!... all thanks to God's favor and David's God-given skills with a slingshot, of course.

This wasn't a normal battle, either. Whoever would have won the one-on-one battle between any Israelite and Goliath, that warrior's army would have won the WHOLE WAR. It was a big deal for David, such a small man going up against a giant with only a slingshot for a weapon, to win the battle.

David grew in popularity and fame because over time, he started leading Saul's armies and winning a lot of battles for Saul. The Israelites loved David, and everyone saw that God was with David. At first, Saul was appreciative. He even let David marry his daughter! They became family!

But as David's fame and renown grew bigger than Saul's, Saul grew envious... and that envy made him dangerous.

Saul started trying to kill David. David had to evade capture from Saul on multiple occasions within Israel before being forced on the run into the desert. Saul pursued him even out there. David's heart was very kind, and although he had the opportunity to kill Saul one time, he did not because Saul was still the anointed king of Israel!

Eventually, David had to move out of Israel altogether. He ended up living in the land of the Philistines, which was pretty shocking for me to read since he had killed Goliath many years before and I doubt the Philistines forgot that. But it all worked out really well for everyone involved. David became a trusted ally for the Philistines. He helped them with some of their own battles, I believe.

During that battle, King Saul and his family died.

After the battle and a couple of key conversations between David, the Philistines, and the Israelite tribes, David was named the new King of Israel. Many, many, many other things happened in the story of David becoming the recognized king of Israel, but you'll have to read the Bible for the full story.

Ladies and gentlemen, the Bible verse that I mentioned earlier that shocked me is coming up. Thank you for being patient enough to wait for it.

In 1 Chronicles 14 lies the verse that blew me away with how relatable it was. Italicize the words "now understood" below in your own head as you read the verse:

It is written in 1 Chronicles 14:2 that "David now understood that the Lord had truly confirmed him as king over Israel, for his kingdom was greatly exalted for the sake of his people Israel."

Please read it one more time.

It is written in 1 Chronicles 14:2 that "David now understood that the Lord had truly confirmed him as king over Israel, for his kingdom was greatly exalted for the sake of his people Israel."

DO YOU UNDERSTAND WHAT THIS MEAAANS?!

One of the coolest, most faithful people in the Bible didn't fully understand God had blessed him until the blessing had arrived.

This is some deep stuff.

That promise God made to you weeks, months, or years ago? He's still with you. He's still working on it.

Your faithfulness in God (hopefully a faith encouraged by David's own story of waiting in faith) is helpful for the promise to come true on God's preferred timeline.

Cooperate with God. He keeps His word. He is a GOOD FATHER.

Help us grow in patience, O Lord! Help us believe your promises even when it seems impossible to do so! Amen.