How It Feels To Be A College Graduate
Odyssey

How It Feels To Be A College Graduate

I should feel accomplished, but I don’t. 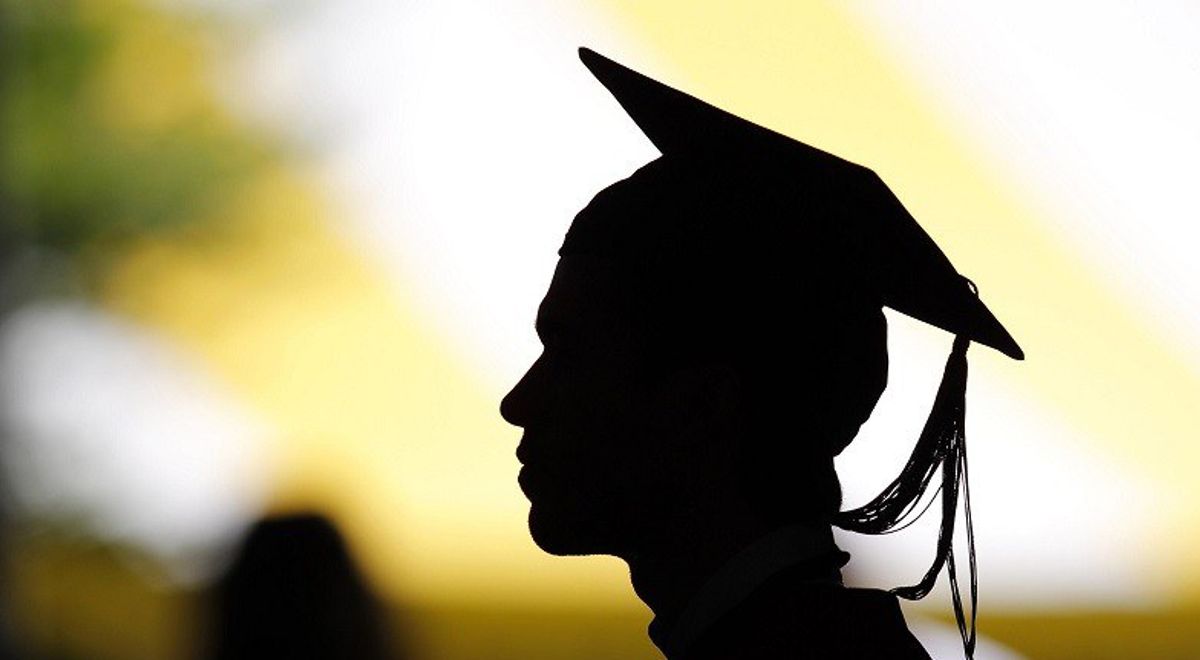 I graduated about a week ago. This involved sitting in a hockey rink for a couple of hours and listening to the provost say over three hundred names, one of which was my own. There were many people in the audience, sitting above us. It felt a little like being at the zoo. Or, rather, being an exhibit in a zoo.

I walked across the stage, the president gave me my pretty piece of paper in a plum folder, and then I went to sit back down in my seat. When it was over, I said goodbye to a professor and left.

I should feel accomplished, but I don’t.

I think this is like when you have an important birthday, and people ask you questions like, “How does it feel to be an adult now?” You always expect to have an actual answer to that question, but really, it’s “I feel pretty much the same.”

I am still the same person that I was a few weeks ago, sans degree. Yes, I’ve changed a lot over the course of my college career, but the actual act of graduating hasn’t done anything. Except, of course, to solidify that which makes me feel…less.

I will be the first to admit that I am hard on myself. Probably harder than I need to be. I worked to complete two majors, both of which required subjective grading. I held an officer position in my school’s literary magazine (the oldest, continually published, student-run literary magazine in the nation, as a matter of fact), I was chapter president of Alpha Psi Omega, the national theatre honor society, and I was heavily involved in theatre. That translated into 16-hour days most of the time, and a limited social life outside of the theatre, although I did try harder for my senior year.

I know that I did the best that I could at the time, given how busy I was with schoolwork, theatre, and everything else I had going on in my life at the time.

However, I cannot help but feel that I should have done more, that I should have made more time to tailor each assignment more perfectly to the professor (as they were generally subjective) and graduated with a higher GPA and a greater involvement in activities outside of the theatre.

I think my problem is that I am a competitive person. I like to win. I like to work the hardest and earn the most. I never think about it during the race, but I cannot get it out of my head once I cross the finish line. Even when I am at the top, I always obsess over what I could have done to beat myself. It never matters that there is no such thing as a winner in the games I play. Perhaps I could have “won” if my interests tended in a more objective direction or if I didn’t love theatre more than my GPA. As any devoted theatre person will tell you, especially one that has worked tech, theatre demands a lot of time and effort. Especially for a perfectionist like me. This line of thinking is, of course, absurd. I love literature and I love theatre. I could not betray myself for different specialties.

The moral of the story is to calm down. Do the best that you can do. Figure out what you love and surround yourself with it. If you do that, you will be the “winner” of whatever game you’re playing, regardless of what other people say your high score should be or which titles, if any, you earn. Feel accomplished when you reach your goals because you stuck it out and you finished something that some people will never have the chance to experience.

As for me, it’s an uphill battle, but I’m working on it. I am Goldilocks, trying on motivation until I find something just firm enough and just soft enough to propel me forwards while allowing me to look on the past positively.