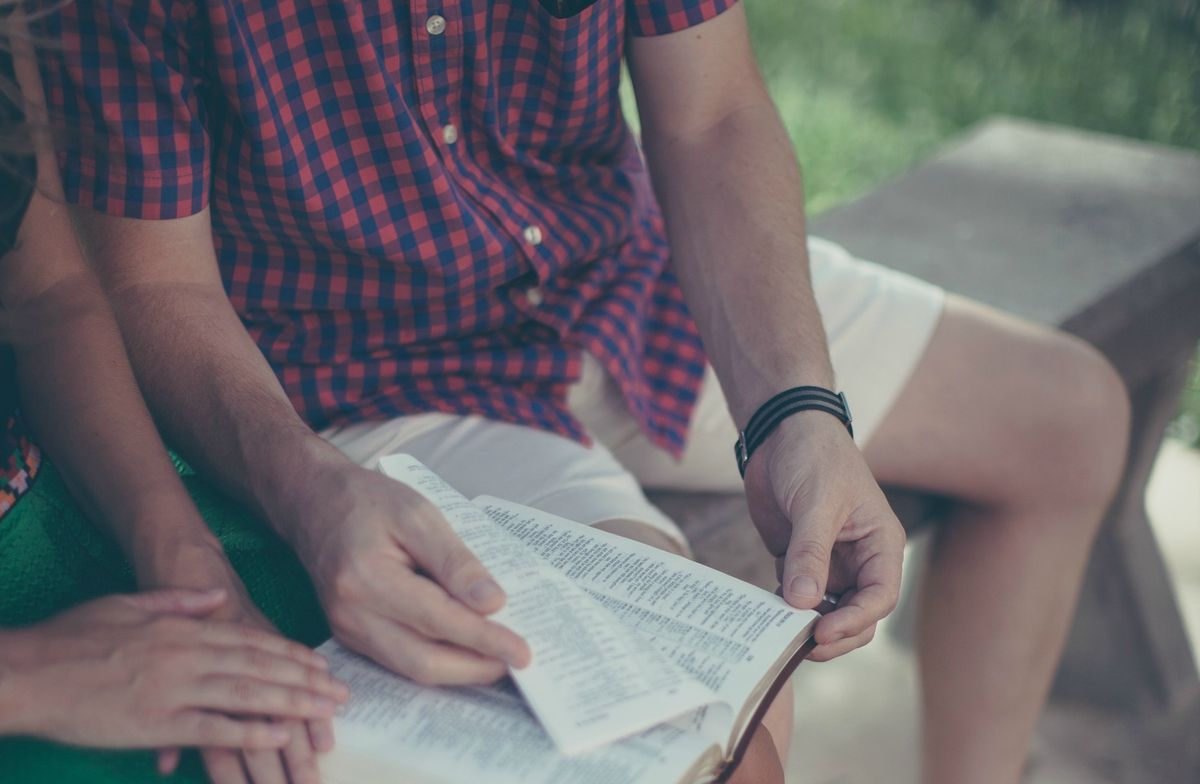 It took me a long time to learn that a man who loves you the way God loves you is worth the wait.

A Godly man's love is pure, true and pushes them both closer to Christ. They grow together, emotionally and spiritually.

My grandfather taught me that true man of God leads his woman like Abraham, fights for her love like Jacob, cares for her like Boaz, and loves her the way Christ loves her.

An often misconception in Christian relationships is that women should be ultimately and absolutely submissive. This sometimes leads to men believing that their wives, or significant others', opinions or feelings on a subject are inconsequential.

This, however, is wrong.

Yes – the Bible tells women to be submissive – but that is not a synonym for being controlled. As a man of God, if your wife or girlfriend expresses a concern in your relationship, God expects you to listen to her.

Abraham and Sarah, one of the most influential marriages in the Bible, had disagreements too – just like everyone else. Their son, Isaac, was to be heir, per God's request, and Hagar and Ishmael were getting in the way of that by constantly picking on him. When Sarah finally had enough, and came to her husband to express her concerns, Abraham didn't really agree.

But – In Genesis 21:12, God told Abraham that he should be listening to what Sarah is saying to him. In fact, he told Abraham to do as his wife said.

Being her leader means making decisions that are best for the both of you – and being strong enough to make those decisions with her soul in mind, too.

"I am with you! I will protect you wherever you go and will bring you back to this land. I will not leave you until I have done what I promised you." Genesis 28:15

The story of Jacob and Rachel is one of the most iconic love stories you'll find in the Bible. It's a story of love at first sight and what it means to 'fight' for true-love.

To receive Rachel's hand in marriage, Jacob was asked to provide her father Laban with labor for 7 years.

Did Jacob run away from the obstacles facing them? No. He labored for 7 long years, and described them as feeling, "like only a few days to him because of his love for her” (Genesis 29:20).


Laban then tricked Jacob into marrying his eldest daughter Leah instead. In Jewish weddings, it was customary to have everything but the bride's eyes covered, and Jacob was unaware of his new wife's secret identity until after the wedding ceremony was complete.

So, what was Laban's 'agreement' with Jacob? He could marry Rachel if he agreed to work another 7 years of hard, physical labor.

Most would walk away, but not Jacob. He knew Rachel was meant to be his wife since the first day he met her and kissed her beautiful face. Jacob agreed, and later took Rachel as his second wife.

Life, or relationships, are never free of obstacles, deterrents or obstructions in the road. Jacob shows us a man of God does not run away from these things – he fights for them.

"I have told the men not to lay a hand on you, and whenever you are thirsty, go and get a drink from the water jars." Ruth 2:9

Ruth was a widowed woman and known by her people for being an exceptionally hard worker. She was young, foreign and alone.

Her mother-in-law, also widowed, Naomi was what kept her going. She was devoted to ensuring her lonely mother-in-law's safety and security.

One day, Ruth and Naomi went gathering behind the barley harvesters on land owned by Boaz. Biblical farmers followed God's command to leave food that harvesters left behind in case the poor, widowed or fatherless needed nutrients (Lev. 19:9 – 10).

When Boaz met Ruth, he was extremely impressed with the woman. He respected her unexpected devotion to Naomi, and he admired her new-found faith in God. He took her in as a servant girl, but took great care of her. Ruth was practically stunned by the man's kindness to her.

Ruth was a Moabitess – meaning she was a part of Israel's enemy tribe. Boaz gladly married a woman who once played for the 'enemy's' team, so-to-speak.

Not to mention, he took in her mother-in-law, Naomi as well. Taking not only Ruth herself on as a financial and emotional 'burden,' but Naomi too.


Not once did Boaz ever complain or stopped caring about her well-being. He cherished Ruth. He cared for her in the best ways he knew how. He loved her, so he made her burdens his own.

He Loves Her The Way Christ Loves Her

"But you, O' Lord, are a God merciful and gracious, slow to anger and abounding in steadfast love and faithfulness." Psalm 86:15

The topic of love can be found over and over again when reading the Bible. As Loving as our God is, it probably doesn't come as too much of a surprise to you.

I think everyone knows "love your neighbor as you love yourself,” but what does God say about love in relationships or marriages, though?

"Be completely humble and gentle; be patient, bearing with one another in love." Ephesians 4:2


"Husbands, love your wives, just as Christ loved the church and gave himself up for her." Ephesians 5:25


The list goes on and on. The over all message however is clear: a Godly man loves a woman the way God does; he does not judge, he is forgiving, he is loyal, and he is humble.

Nicole Marie Nigro
Individual Creator
8981
c1.staticflickr.com
Where to start...... Let me start with the cliche that life throws us curveballs and what we do with it is what counts.