How Anxiety Brought Me to God
Odyssey

How Anxiety Brought Me to God 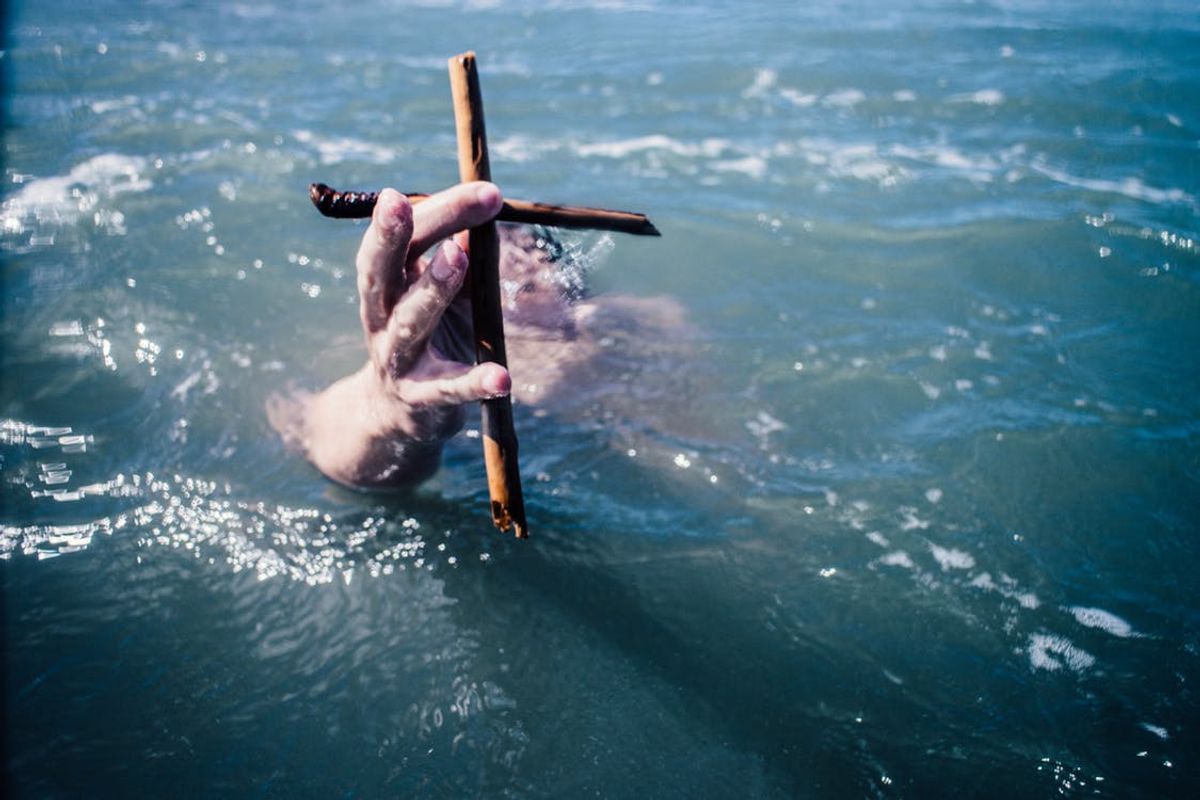 Last summer, I got a job at Bath and Body Works as a sales associate. For the first few weeks of the job, I looked forward to going to work. But when I got introduced to my supervisor, things changed.

Jason started off by criticizing my stacking of lotion bottles. I moved slower to make sure the shelves looked neat, but he didn't care. He yelled at me for not moving fast enough, and when I moved faster, he laughed at me in front of customers, making me look bad.

When we had floor set, he would mock me for setting up the displays incorrectly. He grew irritated when I couldn't navigate through the high, unorganized shelves in the back. He expected me to know where every excess box of product was placed, and this wasn't easy to do so when last year's summer collection was mixed with the Christmas collection from five years ago.

The harassment continued to worsen as Jason started to attack me personally. When I told him I would be on vacation in the Bahamas, he told me "every white girl and her family goes to the Bahamas." When we closed up one night, he asked me about the make and year of my car. And when I told him, he snickered in a way that he assumed I was just given everything to me by Mommy and Daddy. This greatly hurt me. Anyone who knows me well knows I NEVER ask my parents for anything and always work for what I want.

The tipping point was when one of my coworkers (who w a medical student) and asked me about the medical necklace I usually wear. I told her about my heart condition and she genuinely was interested in learning more about it. Jason overheard our conversation and chose to make this an opportunity to make fun of my condition. I wanted to punch him. Just because I have this condition doesn't mean I'm less of an employee.

I feared going to work every day. I hated Jason and was too afraid to stand up to him because of his authority over me. Jason made me feel like the worst employee on the planet and incapable of performing simple tasks. Jason made me believe I was an idiot.

Before I turned in my form of resignation, I started getting headaches. I felt dizzy, nauseous, rapid heartbeats, and shivers. I didn't know what was wrong with me. Weeks went by, but the symptoms didn't go away. My mom took me to the doctor's to get a blood test, but everything came back normal. I even went to my cardiologist for another checkup, but everything was also fine.

My doctors and my mom tried to convince me it was anxiety. About what though? They said it was maybe my next classes or my new internship. But I felt confident in both of those things.

The fall came and things got worse. My anxiety went through the roof and I called my parents over four times a day. I seriously believed I was sick and something was wrong with me. The doctors were wrong and I was dying! For months I tried to figure out why I was feeling this way. If I "wasn't" sick, then why was I feeling all of these symptoms?

Eventually I accepted it was anxiety. And anxiety kept me from having a good semester. I feared going out in public and strayed away from social events. I felt safe in my room, the place where nothing bad could happen to me. I spent many weekends in my room instead of socializing with my friends. I watched so much TV, and even though it is my major, I shouldn't have been as glued to it as I was.

Towards Christmas, I thought my anxiety would never get better. And even though I spoke with a therapist on campus and at home, things still were a struggle for me. My parents almost thought of bringing me home from school, but I refused. I was not going to let anxiety stop me from pursuing my dream at Chapman.

So Christmas came, and I had made a goal for myself at the beginning of the year to be done with worrying about my health. But I couldn't stop worrying. I was sad throughout Christmas break and cried as I left for the airport back in January. I wasn't sure if I could handle another anxiety filled semester.

My doctor prescribed me some anxiety medication, and I was so upset in myself.. I thought I had failed and felt weak for taking it. But I gave it a shot. And thanks to this and discovering the missing puzzle piece, things improved. I started to feel more like myself again.

The medication had some side effects, and one of them was questioning the meaning of life. This question led me to stumble in my faith, and it scared me. I was raised Christian and knew it was the way to go, but why did I start questioning everything I knew and believed about Jesus?

I questioned His plans for me and grew angry. I had a plan for this year on classes and jobs and a love life, and it didn't work out. I had work so hard and trusted in Him, but I felt He failed me.

I reached out to my high school Spiritual Journey teacher for advice, and she agreed to hop on the phone. She explained to me that it's okay to question your faith, and that everyone should have some sort of doubts. And if they don't, their faith won't improve. She reminded me that everything is in God's timing, and if something doesn't happen when I want it to, then it's not time.

So for a while I questioned God on why anxiety had to hurt my semesters, but now I know why. It was all in an effort to bring me closer to Him. It allowed me to really understand God's timing and let life pan itself out.

So as I reach the end of sophomore year, I'm happy to say things are finally coming together. I am proud of myself for coming so far on handling my anxiety and learning to heal. It has been a hard year of learning more about myself, but I'm glad God allowed me to go through this time of self discovery. Thank you to the friends and family members, especially my mom, for helping through this time.

Caitlin Marie Grimes
University of South Florida
9017
Beyond The States