From The Perspective Of The Homeless: Spending Thanksgiving At The Community Crossroads Center In My College Town 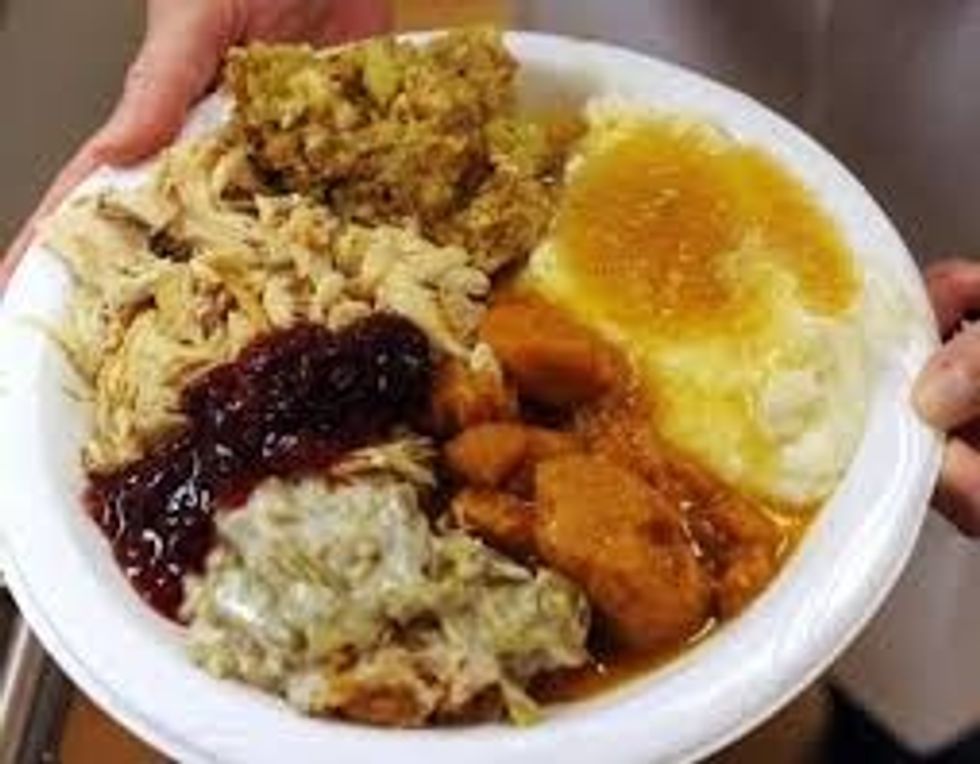 Until November 21, 2018, I'd been only on the other side of the Community Crossroads Centers doors. Because of it, my sum knowledge about what happened there was stories. Donated supplies are stolen by employees. Items planted in backpacks, leading to the accused residents being "put out."

If I hadn't heard the stories, though, I still would have been reluctant to enter West Greenville. I was nervous about being in the company of the homeless. I was concerned that my presence would be questioned by those on either side of the proverbial shelter table (before that day, I was certain they would look at me and "just know" my real reason for being there).

Fortunately, I was willing to fight the trepidation and reticence. I had to be courageous enough to venture into the part of town between Martin Luther King Jr. Boulevard and West Fifth Street, one I'd seen lately only through a few ECU Transit bus rides to the Health Sciences Campus. I had to be audacious enough to enter a section of town where I knew no one. That is unless I could count sightings of denizens who had arrest photos displayed on WNCT 9.

Beyond this, though, was my conviction about an important story being there. Granted, it wouldn't be one seen on the Hallmark Channel. Many people probably wouldn't have tuned in to that broadcast. However, it was a story that deserved to be told.

How did I decide to handle my role? I channeled my inner ethnographer. For the next fours days, I was the participant observer.

The experience started with providing evidence of homelessness (typical forms are a letter from a social worker or minister) and identification (in my case, an NC state ID). With evidence photocopied, my belongings (an ECU Jansport backpack) searched, a breathalyzer administered, I was issued a two-part meal ticket (for dinner and next day's breakfast). Then, with supplied bed and bath linens, I was directed to the women's sleeping area, where I set up my possessions and items around the borrowed bunk.

Five minutes later, with only the meal ticket in hand, I ventured into the cafeteria. There, I took part in the first common event of the experience. The first dinner turned out to be an eye opener, the view chiaroscuro. On the bright side, it challenged my beliefs about people I still mentally classified as "the homeless."

Instead of the scary strung out pack I half expected (and feared), I encountered individuals like anyone else I'd met in Greenville. Young children and college students (Pitt Community College). Men and women representing the spectrum of race and ethnicity. People from the south and north.

Unfortunately, I can't say brightened insights included the meal ministry group. To my surprise and dismay, this team (one of the six who visited while I was there) stayed mostly on the other side of the kitchen counter. Apart from talk that took place toward the back of the kitchen area, their focus was on two action items. One was preparing meals. The other was laying out the plates containing the meals. In fact, little attention was given to the residents for whom these meals were prepared and distributed.

Or at least I can say this about the meals offered in-house. On Thanksgiving Day, two local churches invited residents to come for a meal-breakfast with the Jesus Saves Ministry, lunch with the Temple of Zion International Ministry. These meals collectively were my second eye-opener event.

In both cases, views were positive. For starters, the generosity of the people was expressed expansively. There were members who transported us to and from the church in vans. There were also the cornucopia style meals consisting of home cooked food. As for the people who opened their hearts and hands, their hospitality went far beyond the preparation and serving. Not content to watch us eat from a distance, they sat down at the tables and ate with us. Instead of confining conversations to among themselves and on the other side of the kitchen counter, they talked with us.

Indeed, during the meals, talk and laughter flowed just as easily as the orange juice, milk, coffee, soft drinks, and sweet tea (this was the first time I experienced Southern Hospitality as sweet as the tea).

I've been on the other side of the CCC doors, so I can proclaim that people who stay at the Community Crossroads Centers are like you and me. I can declare they are worthy of engaged conversations, sustained eye contacts, and Duchenne smiles. Besides, wouldn't you want this sort of treatment, if you were standing on the other side of that shelter kitchen counter?