Hollywood Should Be Your Next Netflix Binge And Here's Why

Hollywood Should Be Your Next Netflix Binge And Here's Why 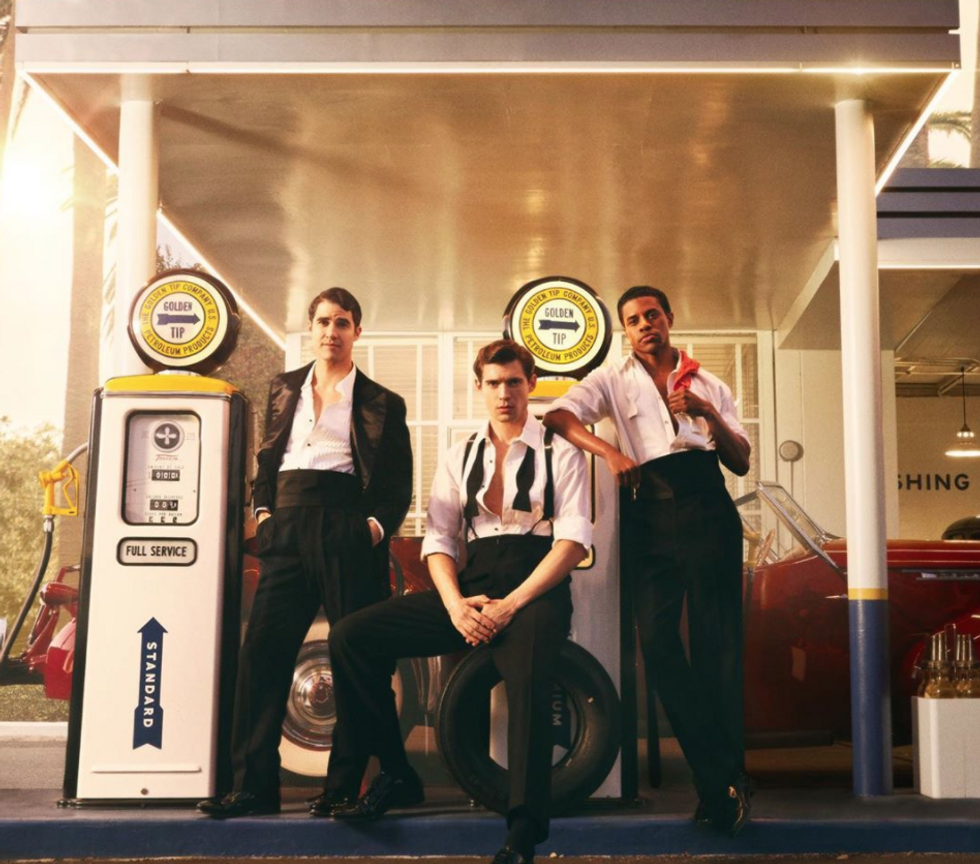 If you're like me, you're constantly looking for the next show to binge on Netflix. Especially during this time of lockdown, there's not much else to do. Well, I'm here to tell you to look no further, because Hollywood should be your next obsession.

I think I finished Hollywood within 48 hours which is pretty impressive even for me. It is only one season with 7 episodes with each one lasting around 45-60 minutes. Set in post World War II, the show is all about how a group of actors who pursue their dreams to make it in Hollywood. At first glance, I was expecting a show filled with cutthroat people who only have one goal: to be the best, no matter who they have to step on in order to get to the top. However, this could not be further from the actual goal of the show.

The show begins by following Jack Castello, played by David Corenswet, who is a veteran with a dream to become a movie star. With a pregnant wife, Jack struggles to make enough money and must take a questionable job from Ernie West (Dylan McDermott) at a gas station where he has to "assist" his customers personally if you know what I mean. Jack meets Archie Coleman (Jeremy Pope), a black screenwriter who has come up with a soon-to-be hit. They meet Raymond Ainsley (Darren Criss) chooses Archie's script and want to direct his movie. Raymond, as a half-Asian director in the industry, desperately wants to make a movie with a minority actor starring as the lead. His black girlfriend Camille Washington (Laura Harrier), who has been stuck playing servant roles, thinks she would be the perfect fit for this movie. However, making this kind of movie during this era will not be without its challenges.

With other huge names like Patti LuPone, Queen Latifah, Jim Parsons, and many more, this star studded cast tells the fictional story of a progressive group in the Hollywood movie industry during the Golden Age. I loved the music, the costumes, and the overall feel of this show. There were even real-life movie stars that were represented in this fictional show such as Rock Hudson (Jake Picking), Anna May Wong (Michelle Krusiec), and many more.

I have read some reviews that dislike the show because it creates a fictional reality, but I don't think its purpose was to re-write history or to insult anyone. Hollywood shows the impact that the entertainment industry has on its viewers. For children to see someone that looks like them or acts like them on the big screen is a huge inspiration and influence. I think Ryan Murphy and Ian Brennan did a great job of portraying the message that regardless of race, gender, or sexual orientation, you can accomplish anything you put your mind to and achieve your dreams. So if you're wondering what to watch next on Netflix, Hollywood is a fun and heartwarming show that will make you want to say, "Lights, Camera, Action!"