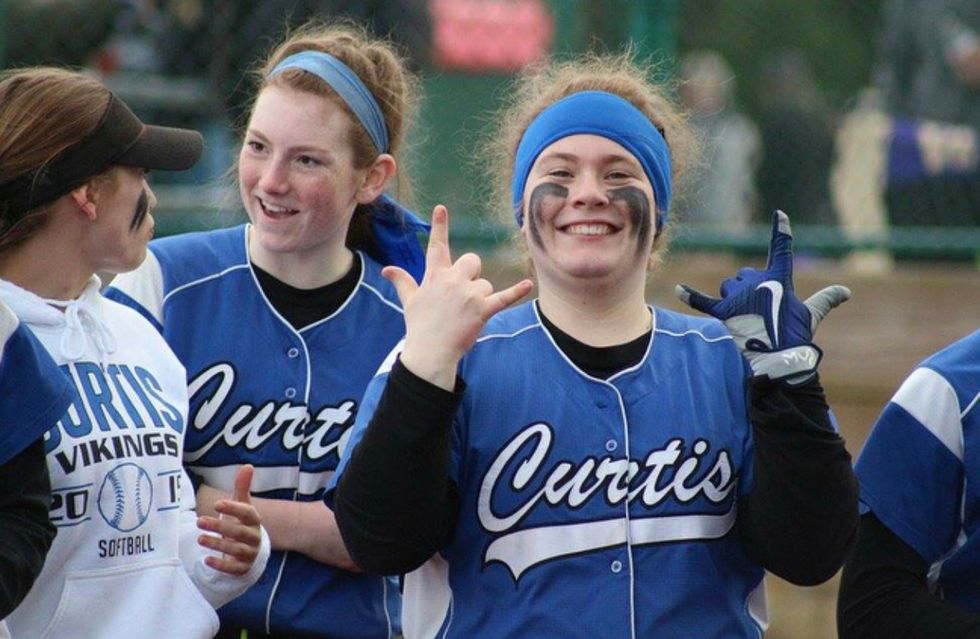 Sports have always been a big part of my life. When I was young my parents put me in a variety of different sports including basketball, cheerleading, soccer, and even flag football. However, the sport that I fell in love with was softball.

I played softball for 14 long, tough years. Throughout my career, I played four years on my high school's varsity fastpitch team, I pitched at the state tournament, I got both the sportsmanship award and the coaches award, and I made some of the strongest bonds of my life. I, also, was taught many life lessons.

Here are some of the most apparent.

How to be on time.

Throughout much of my softball career, I played on both a club team and a school team. On both of these teams, they would start practice whether or not you were on time. The embarrassment that came with arriving at practice late was enough for anyone to try to make sure they were on the field with cleats on fifteen minutes before practice even started.

On some teams, if you arrived to practice or a game late, you wouldn't start on the field--no matter how good you were.

Now that I'm in college, I've found myself ten to fifteen minutes early to every class. I believe that playing softball and other sports has given me this internal clock that makes me incapable of being late to a class or an appointment without feeling an extreme amount of anxiety about it.

How to be responsible for your things.

One thing I struggle with is misplacing my things. When I was playing softball it was especially bad because I would forget where important things like my glove or bats were, causing me to have to ask my fellow teammates to borrow an extra glove or use their bat.

As I grew older, I found myself checking and rechecking my softball bag to make sure everything was inside.

I still misplace my things constantly, but I do it much less than I used to when I was younger.

How to manage my temper.

I wouldn't call myself a hot-tempered person, but I can be quiet competitive. This was a problem sometimes when I would play softball because my temper would flare if I disagreed with a call an umpire made or if I thought another player was disrespecting me or my teammate.

While I never lost my temper during a game, there would be times where I would slam my helmet down slightly harder than necessary or high five someones a little too hard after a game.

Now as an adult, I find that it's easier for me to hold my tongue at things that make me upset than some of my friends. Softball made me better understand when to say something and when to keep quiet. It made me realize not every battle was one worth taking.

How to deal with drama.

Being a softball player means that you are around your team almost 24/7 and since that team consists of a group of about 12 to 15 girls, each team usually has their fair share of drama. Whether it be girls on other teams having attitudes towards girls on your team, girls on the same team having beef towards each other, or parents having problems with each other, each team brings their own set of drama to the table.

I always tried my hardest to stay out of the drama because I didn't want anyone having ill intent towards me, however, sometimes I got brought into a mess.

What I learned from this was that if you want to stay out of the drama, you either have to firmly tell your friends that you don't want to be involved, or you try to act as the mediator and resolve their issues calmly. These are two tactics that I still use to this day when dealing with drama.

How to take criticism.

Whether you like it or not, everyone screws up at some point. When I was playing softball, I tended to screw up a lot--especially during practice. One of the things that I didn't appreciate at the time but appreciate now was that my teammates would always call me out when I screwed up. They wouldn't ever do it maliciously, only to help me get better. Coaches would also tell me that I was doing things wrong, but would always take the time to help me fix my mistakes no matter how long it took.

Dealing with this criticism helped me to realize that people do make mistakes and it's OK for someone to constructively criticize things that you're doing. It has made essay corrections in my English classes easier since I understand that people are just trying to help me better my writing.

How to create life-long bonds.

One of the things I miss the most about softball is the team bond. Most of the girls that I played with in my youth are still some of my closest friends today. I started playing with many of them when I was first starting to play ball and we continued to play together until our senior year of high school. When you're on a team together, you spend most days together for at least two hours, not to mention the team bonding dinners or the sleepovers at each other houses.

I credit my softball years as to why I turned from a shy, quiet kid to a loud, extroverted klutz. My teammates showed me it was OK to be myself and brought that individual out of me.

Throughout all the injuries, the tears, and the drama I wouldn't change how I spent those fourteen years for the world. I was taught life-long lessons and made life-long friends. I am tremendously grateful that my parents forced me to go to that first T-ball practice with my bright pink glove and pants that were too big. Without it, I would've never lived some of my greatest memories.

40 Signs That Flag You As A Color Guard, Past Or Present