A tribute to the most underrated clique on campus. 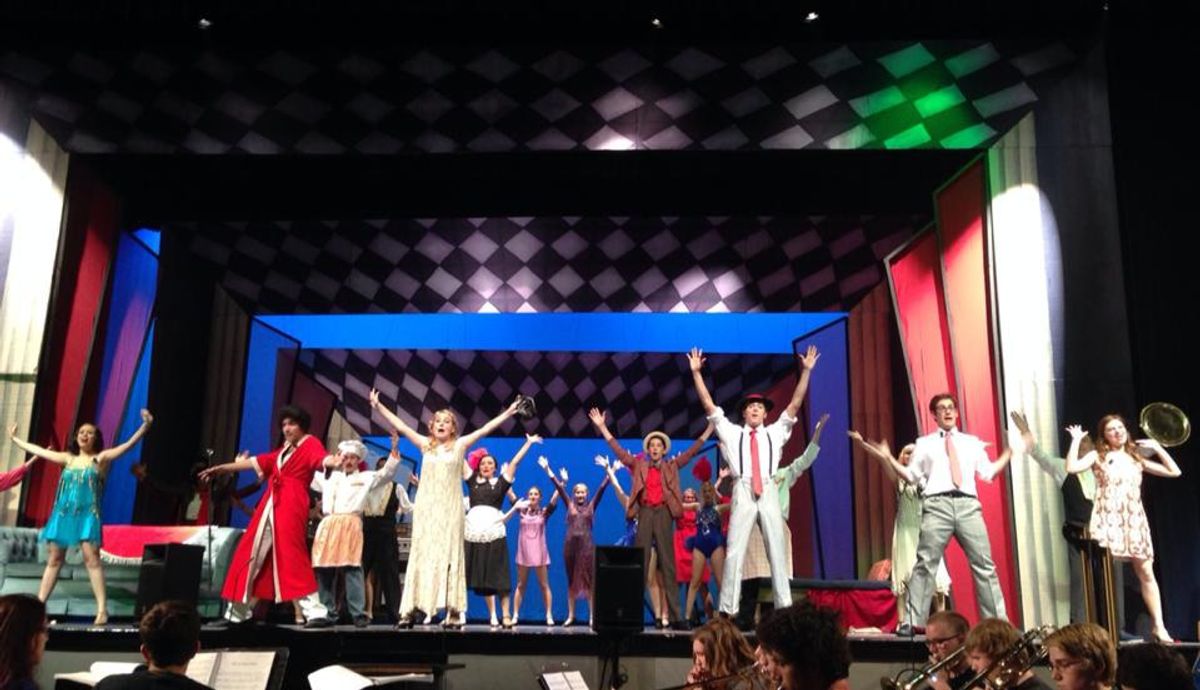 Here's to the high school theatre kids. The kids who chose rehearsals after school instead of sports. The kids who took drama class and not just because they needed a fine arts elective. The kids you saw memorizing lines or sketching costume designs in the cafeteria during lunch.

Maybe these kids were considered weird at your school, or maybe they were well-liked. Maybe they were loud and made themselves known. Maybe you really didn't see them much as they preferred to hide in the crowd.

The thing about these kids is that they are high schools' best-kept secret. There is no one more prepared for the real world than the high school theatre kids.

Unlike most cliques, they are a diverse group. In it, you'll find the organized, the messy, the diligent, the lazy, the strong, the weak, the plain, the extreme, the bold, and the shy. Because of this, they are the last to judge. They have their opposing views and their own reservations, but they won't forget the blonde in the sundress who was a set-design genius or the shy goth boy with the angelic voice. After graduation, it confuses them to look down on those who are different because such a trait was always praised in their previous world.

The high school theatre kids choose to be vulnerable during the four years most kids choose to be the most guarded. They choose to get up on stage and thrust their hearts out onto their sleeves for the world to see. They act, they sing, they design, and they are given notes each day on what can be done differently. After graduation, it is habit for them to accept criticism with grace and to search for what to improve upon if it is not said directly to them. They are the most humble people you know because they understand “working your way up" and know everyone has a few off-days.

These kids know the importance of sticking together. As independent and strong-willed as they may be, they understand the power of friendship's safety net. They are there for each other when one of them is failing math and needs to get his grade up to stay in the fall play. And they are there for each other when an opening night curtain rises to reveal just a smattering of parents in the audience. After graduation, they are the friend that never misses an important occasion and always picks up the phone when someone they love is in need.

They thrive upon the most exhausting of tasks. The high school theatre kids hate the few off weeks when a show isn't going on, because they live for the four or more hours of rehearsal each day right after school. Tech week? Show week? No matter how much more coffee they ache for, they wouldn't trade it for anything in the world. Some of these kids engulf themselves in the endless hours of thespianism because they wish to pursue performing arts, some do it because it's their favorite hobby, some do it because they have nowhere else to go. Whatever the reason, they pour their hearts into their work to make the most of a one-weekend show. After graduation, they are the most productive, most resilient and most employable in the work field. You won't find them standing around the water cooler, they'll have their nose in their work until it's finished and won't bat an eye at working overtime.

Because of all this, the high school theatre kids are the most selfless. They devote themselves to something bigger than themselves, and they sure aren't just pretending to like it for the popularity. They work themselves silly knowing that they might not get the part or position they want this time, but there is always the next time. They welcome new theatre students with open arms because they know how nervous they are about entering a new group. And the new students smile when they realize how crazy it is that they were worried about joining the most accepting group on campus. After graduation, they are the best team leaders and mentors. They know how to listen and strive to give the best advice they can because they believe everyone deserves to reach their potential.

After graduation, the high school theatre kids spread out to every profession and every location. Some choose to pursue theatre, and those who do not never look down on those who do and vice versa. Some stay connected with their family of misfits, others prefer to preserve them as a special place in their past they know they can always go back to.

So here's to the high school theatre kids. No matter where they are or what they do, they are the most driven, positive people you will meet — and I suggest you ask them their secrets for how they do it.
arts entertainment
Report this Content
This article has not been reviewed by Odyssey HQ and solely reflects the ideas and opinions of the creator.