A fresh take on a rotting genre. 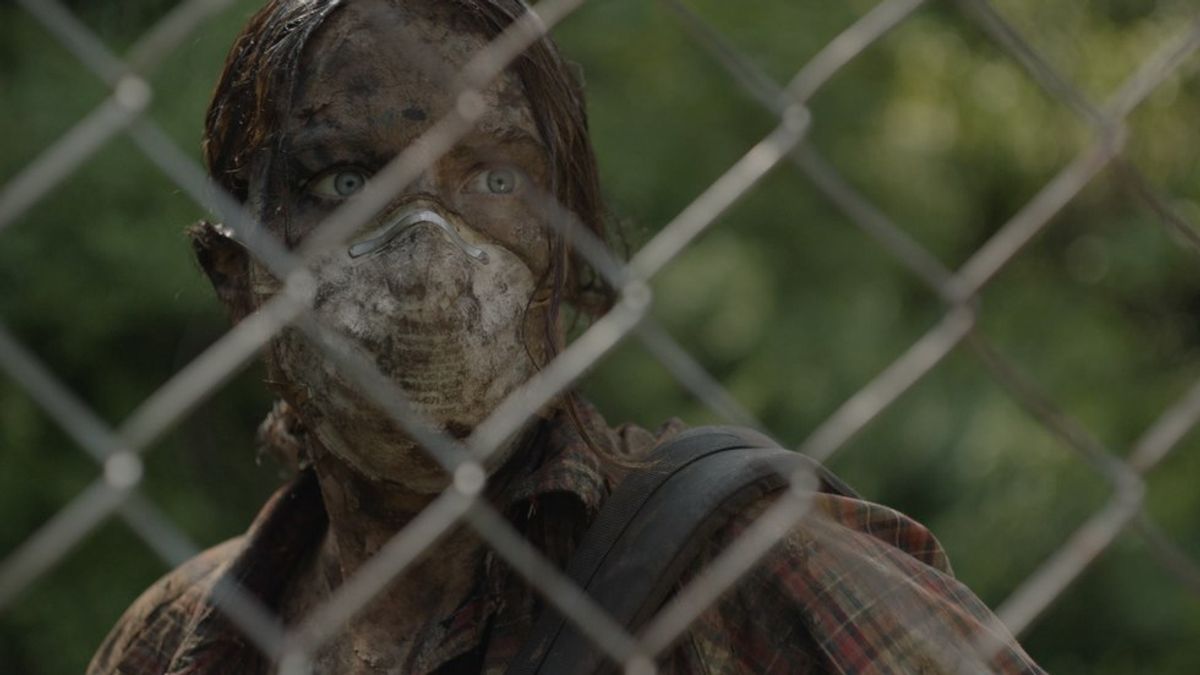 Zombies are at another peak of pop culture. Most recently, you have shows like "iZombie" and most importantly "The Walking Dead" on air, as well as video games, comic books, movies coming out in abundance (though it's beginning to die down, leaving TWD being the premiere go-to for zombie fans). So, you'd imagine that it'd be pretty difficult to make an original zombie movie; one that didn't feel like you were watching the same kind of movie, show, or game. The zombies being the main antagonist is the norm.The edge of people being the real monsters has been played out, so what's left? Well, what if the antagonist is yourself?

Rod Blackhurst has done the unthinkable: He made an original zombie film. "Here Alone" is about a young woman named Ann who struggles to survive in the woods after a virus outbreak that has turned everyone into zombies. Everyone has essentially had a zombie apocalypse survival fantasy and how they would survive the outbreak. But could you really? Do you have what it takes? Ann, a representation of what it takes to actually survive the Apocalypse, is very much a real person, with a few bonus perks. She isn't Rick Grimes who is able to majestically bounce around all over and fight hordes of zombies and bad guys without so much as a moment of hesitation. She is a normal young woman with the will to live when the world is against her. Probably the strongest, most visually realized female protagonist in the vein of Furiosa and Ripley to date, she uses the knowledge obtained through her husband and her own wits to gather food, have drinkable water, and stay out of sight of the zombie horde.

Olivia, a character Ann saves with her stepfather, Jason, is the full embodiment of our generation's fantasy driven obsession with the apocalypse. She doesn't quite comprehend the danger and crackles under the pressure when brought face to face with the undead. This, of course, always leads to a dramatic hard choice to be made, and one that goes hand in hand with the overall narrative.

The movie has dueling narratives: When Ann shows up with her husband and child to the original campsite, and Ann surviving alone until she saves a man and his stepdaughter after he gets a serious injury. It's a painfully slow movie, but that gives the film its character. The real zombie apocalypse wouldn't be an eventful joyride (the first zombie appears almost an hour into the film); it'd be day after day of the same routines that begin to blur time and the concept of dates. The world you once knew and loved is gone forever. What's left is sunrise, sunset, food, and air: a return to primitive needs.

So, since there are virtually no zombies, who's the real antagonist? You can point your finger to a few different things, but what it ultimately comes down to is the real antagonist is Ann. Ann is the protagonist and her own antagonist. Events happen later in the film that causes her to act in a motherly instinct and how she must correct her own wrongdoing. What she thinks will redeem her results in her downfall.

If you want a fresh take on a worn out genre, "Here Alone" is a great film to go see. Like "The Witch" before it, this film doesn't insult its audience's intelligence and offers us an unnerving, horrifying experience that doesn't rely on extreme gore or cheap scares. Shot around the parameters of a micro budget and embracing it, this film does wonders with how little it had. Blackhurst and screenwriter David Ebeltoft knew their limitations and used it in their favor, just as Tarantino did with "Reservoir Dogs" and many other films of that nature. I can only imagine what Blackhurst can do with a real budget, and after this film, we might soon find out.