I Hear Nature Calling, Do You?
Odyssey

I Hear Nature Calling, Do You?

The call is strong and I am ready. 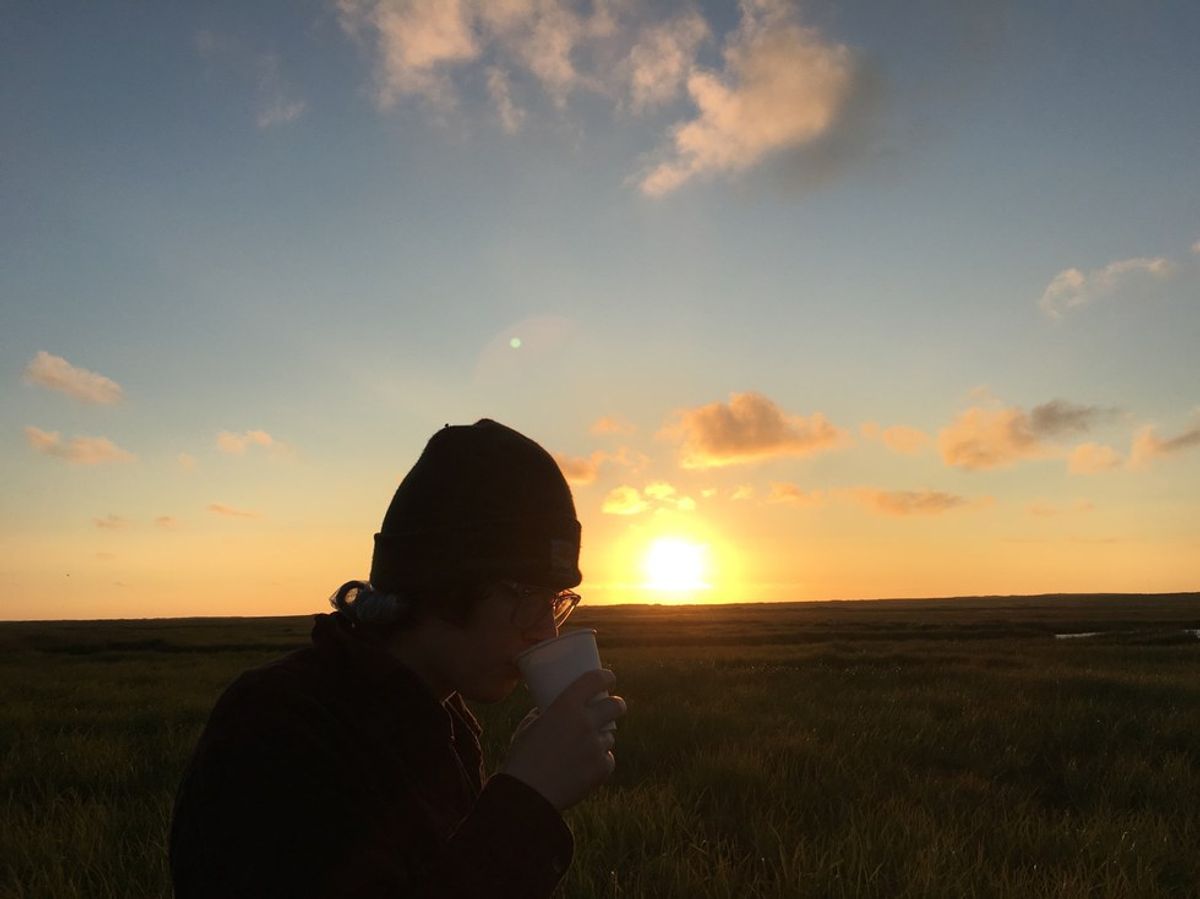 The joy I feel when I smell the distant billows of smoke from burning wood and the wafting comfort of pine is oddly insuppressible. It makes my body ache, not in distress but in longing. The feeling comes deep from within. It is a desire to be fully one with the earth, to be of the trees and of the mountains and of the dirt.

This desire to be embraced and swallowed up in the earth’s sorrow reminds me of the words of William Carlos Williams, in his poem “The Widow’s Lament in Springtime,” which so eloquently states,

“Today my son told me

that in the meadows,

at the edge of the heavy woods

in the distance, he saw

and fall into those flowers

and sink into the marsh near them.”

I want to live well, to live sweetly. I look at the open skies of Western New York. It is October. A tree that was yellow yesterday is now bleached and barren. The rolling hills are dusted in a barrel gray, sprinkled with the occasional spruce of green or dab of red or brush of orange. The cold gray sky calls to me, free and peaceful, the clouds are reminiscent of home.

But I belong to the earth, to the trees, to the mountains, to the dirt. To the changing seasons, brown and green and red and blue. To May filled with flowers, the ever-present hope of dirt under my fingernails and a garden in bloom at the work of my labor. Or to the desperate times of late November, when the cold settles in and loneliness accompanies it in my bones. Or to the change in March, ground muddied by the melting of snow and the promise of grass. These days and months, spent with and in the earth, these joys and pains, are what fills my heart with passion, what makes my thoughts warm, my cheeks smile, and yet allows me to ache, to feel.

Looking at the land makes me excited to find myself that one-day I will be apart of it. To be a nomad. To live in the earth and with its people. And here revived by the trees, their breath could be mine, by the mountains, their being could be a hearth to my bones, by the meadows, their offering could be my peace.

I desire greatly to find myself amongst the truth of nature. The honesty of life, in the coming and going, in the warm and cold, in the light and dark, in joy and pain, in life and death. And for me the trees and the mountains and the dirt, these things are honesty.

And as Billy Joel so simply, yet wonderfully said, “Honesty is such a lonely word.”

Then let it be felt. Let me sink into the marsh. Like an old red barn in Western New York, what is its worth? But in spite of this, it keeps standing.