To The Haters Of The ThunderCats Reboot, You Need To Calm Down
Odyssey

To The Haters Of The ThunderCats Reboot, You Need To Calm Down

This reboot isn't for you - it's for kids. 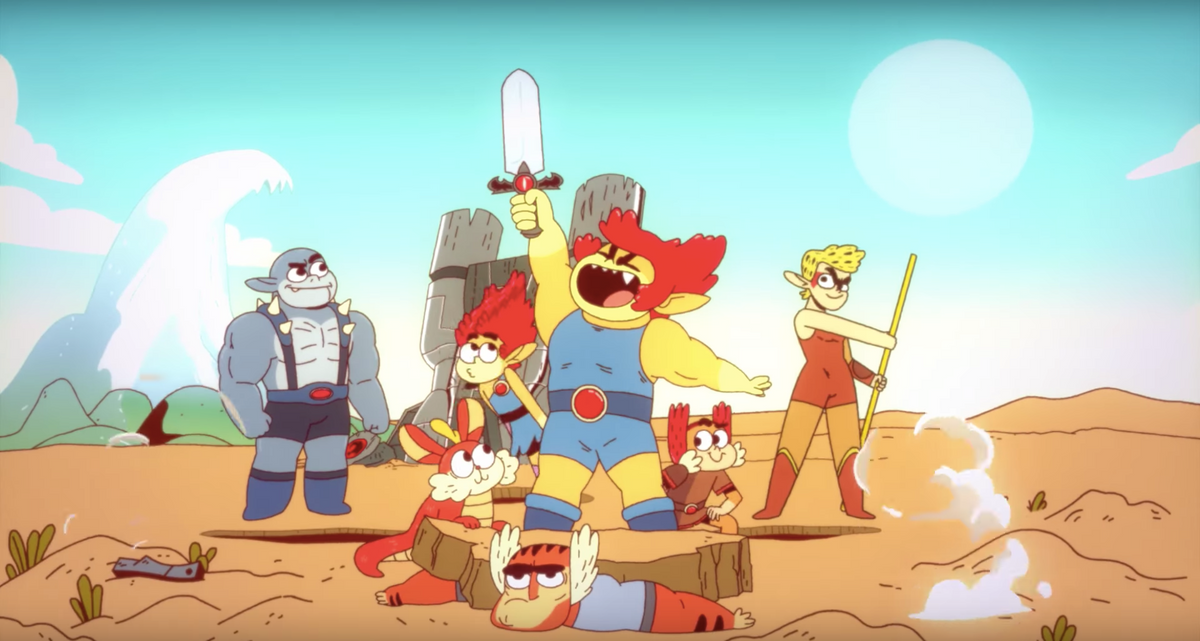 On May 18th, 2018, the official announcement trailer for "ThunderCats Roar" was aired on YouTube.

And you guys absolutely lost your minds.

"ThunderCats Roar" is a reboot of the 1980's show, "ThunderCats" that is scheduled to air on Cartoon Network sometime in 2019. It's produced by the same guys who produced "Pickle and Peanut," "Right Now Kapow," and "Teen Titans Go!"

I'm an avid cartoon fan. I love the medium, I highly respect everyone in the industry, and I truly believe animation is one of the best ways to tell stories.

So when I watched the aforementioned trailer, I knew I was fully on board. The characters are adorable, the animation is fluid; it looks action packed and full of high energy. I can't wait to watch it!

After a life living on the internet, I can't say I surprised to find out you people wanted this reboot dead. You wanted to take it out in the ally, curb stomp it, then spit on its corpse. You claimed this cartoon reboot was brutally murdering your childhood right in front of your eyes. You went as far as to "damn [the creators] to hell."

I just have one thing to say:

Can y'all calm down?!

Seriously. It's a cartoon. For children. There's no reason to lose your minds over it.

Look, I get it. The original "ThunderCats" still has a special place in people's hearts. It was an extremely good show! The 2011 reboot had some serious potential that was, for lack of a better term, wasted.

But there is absolutely nothing stopping you from watching and enjoying the original series.

You can buy a boxed set on Amazon and watch it to your heart's content. You can watch it on repeat, 24 hours a day, 7 days a week for the rest of your life. Have at it. Watch ThunderCats until you can repeat every episode from memory.

If you want to ignore the reboot and pretend it doesn't exist, that's fine. Just leave it ALONE.

Because there is one crucial thing you need to understand:

This reboot is not yours.

Cartoon Network's target audience consists of children (ages 6-11, to be exact). If you like these cartoons too, good for you! I know I love Steven Universe, We Bare Bears, and OK KO!. They're fun shows! Kids love them!

I'll repeat it for emphasis, kids love them. If you enjoyed the original series growing up, I hate to break it to you, but you're an adult, buddy. Let kids have cartoons for their own childhoods. Let kids enjoy the shows specifically created for them.

You do not own something just because you enjoy it.

"ThunderCats" was never yours from the start. You didn't write the show. You didn't animate it.

You just enjoyed it.

We need to abolish this thinking within nerd culture of, "I like this thing, so it's mine now." Animators are not at your beck-and-call to answer everything YOU want to see in your entertainment. They're there to tell their stories. You are there to enjoy it.

If you don't enjoy it, find a new cartoon that you do enjoy.

Hate-tweeting the creators in a fit of visceral rage accomplishes one thing: Making you look like a whiney baby.

Also, the only promo we've seen is less than sixty seconds of actual content. Maybe wait until the show is aired before you make up your mind. Let's not judge a book by its cover or a show by its title sequence.

"ThunderCats Roar" looks like it's going to be tons of fun. You guys are just mean.