Hasan Minhaj's 'Homecoming King' Is A Love Letter To Brown Muslim Americans
Odyssey
CurrentlySwoonLifestyleHealth & WellnessStudent LifeContent InspirationEntertainmentPolitics and ActivismSportsAdulting
About usAdvertiseTermsPrivacyDMCAContact us
® 2023 ODYSSEY
Welcome back
Sign in to comment to your favorite stories, participate in your community and interact with your friends
or
LOG IN WITH FACEBOOK
No account? Create one
Start writing a post
Entertainment 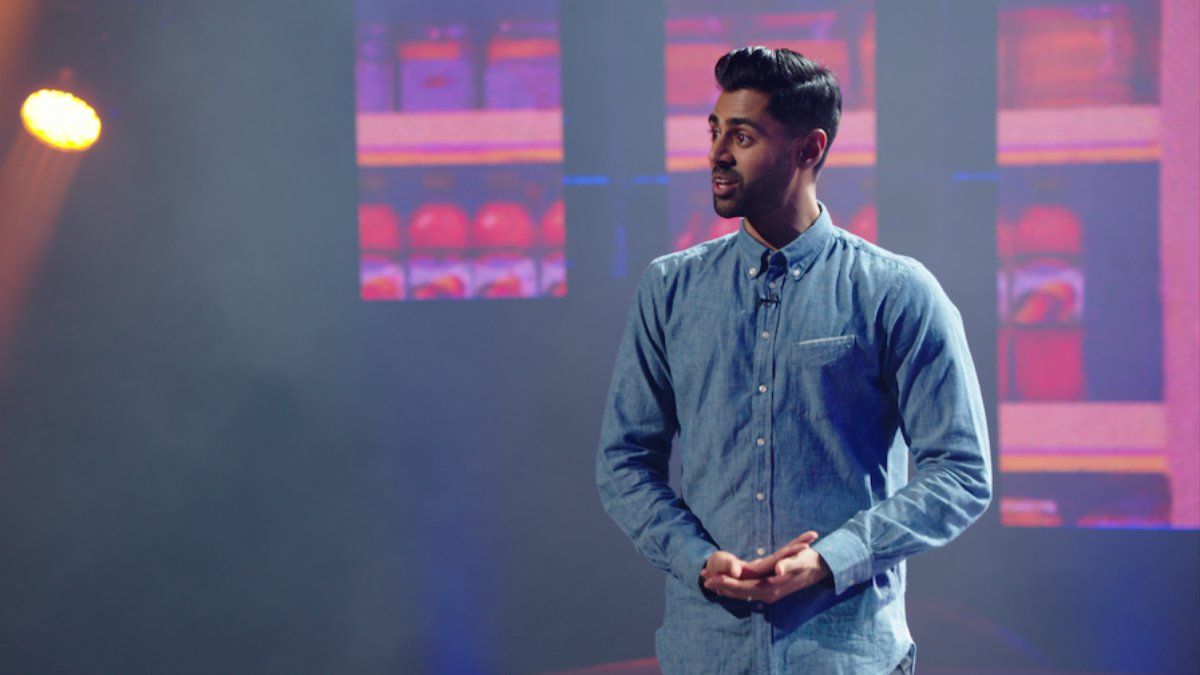 Hasan Minhaj (no relation to the female rapper): Daily Show correspondent, long time comedian and curator of great dabs. The man has a lot going for him. On Tuesday, Netflix released his one-man off Broadway comedy special, “Homecoming King” and in a little over an hour, the 31-year-old comedian brilliantly painted an insightful and hilarious portrait of life as a brown, first generation Muslim American.

Minhaj was able to balance anecdotes that leave you clutching your sides, crying at the sheer hilarity of a situation (“Rajesh Rengatramanajananam”) with moments of poignant revelation into the hard truths that life taught him growing up as an ethnic and religious minority in Davis, California. Paired with stunning visuals and cinematography that only enhanced Minhaj’s natural story telling gift, “Homecoming King” was unlike any of the comedy specials you’ve ever seen.

Now that I’ve gotten the general, overarching review of this show out of the way, it’s time to get personal.

Watching Hasan Minhaj tell his tale was more than just watching a set for me. It was like watching a someone put a magnifying glass on the inside jokes, tropes and parental incongruities of brown life and putting them on a huge technicolor screen for everyone to see. I saw myself as he spoke of shouldering the burden of being the oldest sibling in an immigrant family: precariously balancing his parent’s expectations of him while still quietly clinging onto his own dreams and aspirations. I cringed as he reiterated a time old adage in Hindi that my own parents have relayed to me in Bangla throughout my life: “What will people think?” A surefire way to get every brown kid to rethink their life decisions or shift their frame of focus to something that won’t conflict with the platonic ideal of the model minority child.

I felt a familiar frustration when he opened up about the microaggressions people of color face on a day-to-day basis and the failure of society to answer to any form of bigotry unless it was fatal. I could hear my own father tell me to keep my head down and not speak out about my religion or political views after Trump’s election, just as Hasan’s father had told him post-9/11. When he called out the seemingly ceaseless “auditions” minorities had to go through to prove their patriotism and declared that he didn’t believe in the “American Dream tax” because he was entitled to the same liberties as everyone else, I clapped soundly in recognition and agreement.

Hasan Minhaj did more than make people laugh with his quick wit and detailed story telling. He’s given brown, Muslim kids, such as myself, a narrative of our identity that could finally burst into existence, and demand both acknowledgement, and acceptance. He is continuing a difficult conversation within our society, regarding racial and social interaction, and giving us all a way to navigate those choppy waters through his brand of candid humor.

He’s inspired me to go after my dreams, because if a brown, Muslim kid from Davis, California can grow up to roast the President of the United States on national television, then I too am capable of greatness.