What Harry Potter Means To Me

What Harry Potter Means To Me

A special thank you to the Boy Who Lived. 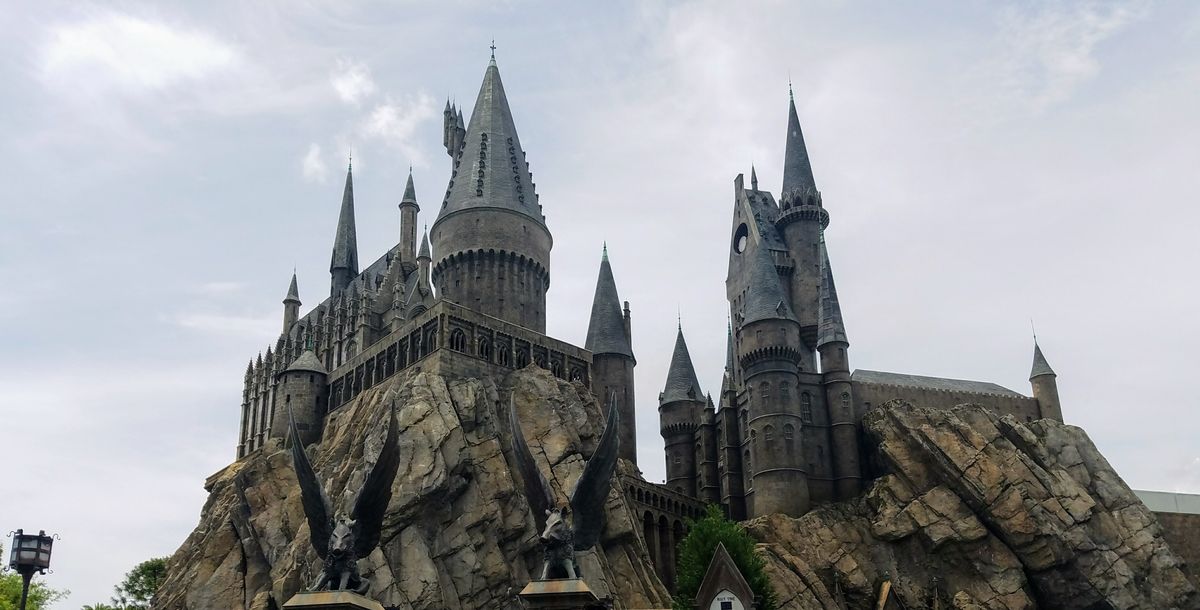 Growing up, my sister was my role model; whether it be buying all the expansion packs for Sims 3, cutting my hair for side bangs, or playing with Barbies, I followed every trend that she did in an attempt to be just like her.

When she was seven, my sister moved to Youghal, a small town in County Cork in Ireland. I was too young to really remember her moving, but as I grew up, watching my sister, my best friend, leave my side without knowing when I would see her again became the most heartbreaking experience I could have imagined.

We used to play school together when we were young- she taught me how to read and write the whole alphabet in cursive and in print by the time I was five years old, and it was during this time that she instilled my passion for reading. From the time I could spell "c-a-t", she had thrust a book in my small hands- books that were much too advanced for a normal five year old, but I read them with such an avarice that I continued to find books far above my level.

When I was six years old, she bestowed upon me one that would forever change my life and how I viewed the world; it was her worn-out copy of Harry Potter and the Sorcerer’s Stone, a novel by J.K. Rowling. When I first read the preview on the back cover, I found the plot somewhat boring- what is so significant about a young boy with a scar in the shape of lightning on his head? Not wanting to disappoint my sister, I decided to give it a try and was absolutely enraptured by the end of the first chapter. I fell in love with the eleven-year-old boy from 4 Privet Drive, Surrey, England.

The world of Harry Potter opened my eyes up to an entire new land, one full of magical creatures and friendships that would last a lifetime. We would stay up late discussing Harry Potter theories, debating back and forth on whether Snape was truly a hero or a villain, the logistics of Dumbledore and Harry’s relationship, and on whether Romione or Harmony should have prevailed.

Due to unfortunate circumstances, I did not see my sister for three whole years- from the ages of 12 until 15, the only time we made contact was through a screen, and this was a privileged rarity. During this time, I stopped paying attention to the Boy Who Lived. I was going through a series of rough patches, and just starting high school; it seemed silly to live in a fantasy world of my childhood, especially without my sister there to share it with me.

In the winter of 2014, I was given a chance to finally reconnect with the distant sister that I had missed so dearly; she came home for a week which, coincidentally, happened to be an ABC marathon of the Harry Potter movies.

I remember the sheer excitement in my sister’s expression as she snatched the remote off the table, muttering about Harry Potter as she found the channel for ABC like she had it committed to memory.

Apprehensively, I sat on the couch next to her to watch the movie (ironically, it was the last one). I didn’t remember all that much about the series, but I was so beyond desperate to once again connect with my long-lost sister, that I figured I would at least pretend to know what was happening.

It all came rushing back to me at the first shot of green light from Harry’s wand; it felt as though we were seven and twelve years old again, discussing in detail the plots twists and turns. She howled when Fred died with his last laugh still etched into his face, and I had to control myself from bursting into tears at the sight of Lupin and Tonks holding hands on their separate stretchers. Before I knew it, it was as though we were children again, completely entranced by a world that all started in the mind of a brilliant author.

Soon after, we passed on our tradition to our younger siblings; within a year, they all had read the series with our same voracity. Since then, I have made it my mission to keep my love for the series alive; my sister comes home more often for visits, and we have even taken the trip to Harry Potter World in Universal Studios together. I now own Harry Potter themed blankets, pillows, socks, and even makeup brushes- all of my siblings, in fact, have matching Harry Potter shirts!

Harry Potter has become a stronghold for not only my relationship with my sister, but a tradition amongst the entire family; no matter how far apart we are physically, we are bonded by our love for the Boy Who Lived.