Halo Top: Is It Worth It?
Odyssey

Halo Top: Is It Worth It?

An analysis of the ingredients and claims of Halo Top ice cream. 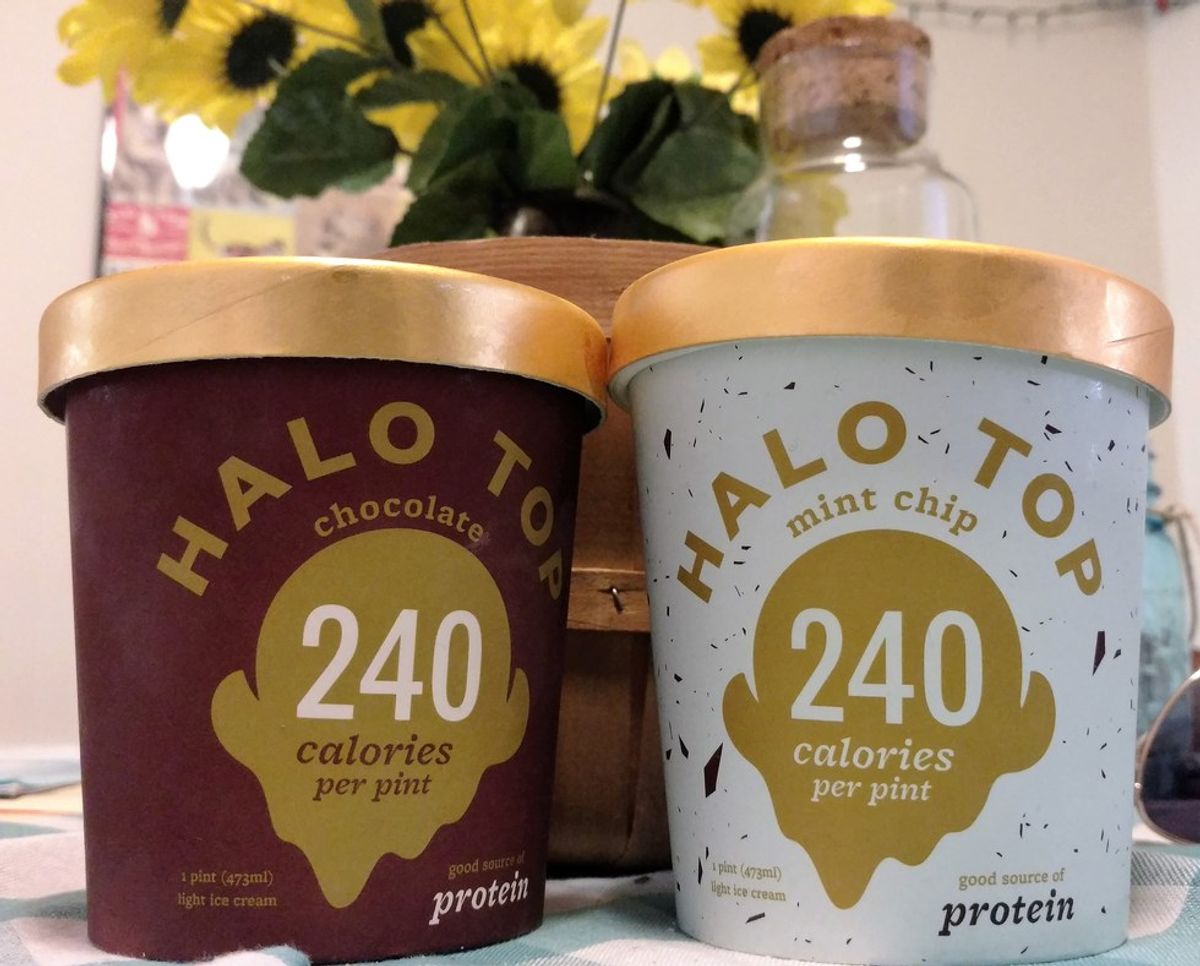 This past summer, Halo Top ice cream hit the shelves with a bang. In the midst of 90-degree weather, people were cracking open the visually-pleasing cartons of ice cream and eating the whole thing in one sitting.

Halo Top recently came out with a slew of new flavors including Red Velvet, Peanut Butter Cup, and Chocolate Cookie Dough. Before, it only offered basic flavors, such as Vanilla, Cake Batter, and Strawberry. More flavors means more options, an incentive that draws in more costumers.

So how does it compare to “normal” ice cream? According to their website, Halo Top offers ice cream with less sugar, less calories, and more protein. It achieves this by using stevia instead of sugar. The website mentions that stevia is an “all-natural sweetener found in fruits like pears and grapes.” The website even compares the nutrition information of Halo Top ice creams with other competing brands.

Each carton is four pints, and each pint ranges between 240 and 360 calories. This is the trick; you can’t sit down and eat an entire carton and think “oh, I’m being so healthy.” In order to only eat the 240 calories that the ice cream displays on the carton, you have to eat it in 4 separate sittings.

As for protein and fiber, the ice cream consists of the ingredient “prebiotic fiber,” which is an added fiber that helps your good bacteria grow. See Prebiotin for the difference between probiotics and prebiotics.

Now back to sugar. There is a bit of a controversy surrounding the safety of stevia. While stevia boasts about being an all-natural sugar, it is actually a processed sugar, just like corn syrup. And just like how corn syrup comes from a plant, corn, stevia comes from a stevia leaf. Stevia actually tastes much sweeter than sugar, which is why it can be used in small amounts. But unlike sugar, stevia has zero calories, which is why it’s used as a healthy substitute.

Halo Top lists “erythritol” instead of sugar in their ingredient list. According to their website, “erythritol” is “technically a sugar alcohol.” Halo Top isn’t wrong, exactly, but what it neglects to explain is that this sugar alcohol is actually processed with corn. So if you’re eating stevia because it is “all natural,” that’s not actually the case. If you’re allergic or sensitive to processed sugars, then stevia might not be for you.

The FDA considers stevia safe, but that’s not saying much; the FDA also approves of formaldehyde in beauty products, such as nail polish and hair-styling products. However, unlike other processed ingredients, there are benefits to stevia. Unlike sugar, stevia does not spike blood sugar or cause bloating, as Halo Top mentions on their website. I can attest to this. I have tried two different flavors, Birthday Cake and Chocolate Chip Cookie Dough. After finishing a pint’s worth, I did not have that gross, heavy feeling that normal ice cream usually causes. Both tasted true to their flavors, and neither gave me a sugar high or a sugar crash.

Halo Top’s texture is different than normal ice cream, and it tastes a little different, but it’s not a bad different. My verdict is to treat Halo Top as you would any other dessert: eat it in small portions. Less is more. An occasional pint of Halo Top won’t kill you any more than an occasional pint of Ben & Jerry’s will. But Halo Top might just make you feel better for indulging in dessert.