What Halloween Costume To Wear Based On Your Major

What Your Halloween Costume Should Be, Based On Your College Major 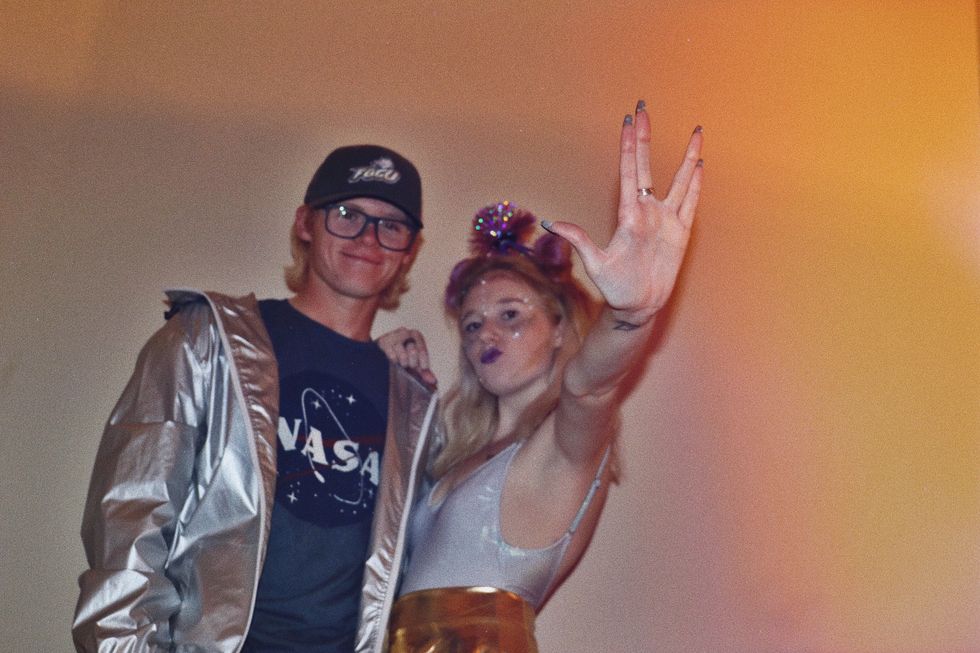 Halloween is the perfect time to go ALL OUT. Whether you are going for a funny costume, something on the sexier side, or a well-planned group costume - why not choose your costume based on your major this year?

If you need some Halloween costume inspiration, take a look at what each college major should dress up as this spooky season.

I'm sure that you assumed all nursing majors should dress up as a sexy nurse. While that is a good idea, it's a little too cliché for my liking. But a mummy? Genius. A mummy is wrapped in bandages, and nursing majors know a whole lot about first aid - using what? Bandages.

Pre-Med: A game of "Operation"

Dressing up as a game of Operation is a simple, but truly excellent choice. Pre-Med majors study everything regarding surgeries and operations, so this would be perfect.

Political Science: A president or a political figure

A president may sound cliche too, but you have SO many to choose from! There have been 45 American presidents - you could be Abraham Lincoln, George Washington, Barack Obama - even Donald Trump. A political science major could rock any political figure, too! Hillary Clinton, Alexandria Ocasio-Cortez, even Monica Lewinsky if you're looking for some laughs. Political science majors know all about the presidents and political figures in our world, so they could totally nail this costume.

There are quite a lot of iconic entrepreneurs that Business majors can dress up as this Halloween. Oprah Winfrey, one of the richest African Americans of the 21st century with an amazing rags-to-riches story? Check. Walt Disney, entrepreneurial all-star who created a wildly successful animation company and the biggest and greatest theme park ever seen? Check. J.K. Rowling, magically successful self-made billionaire? Check. Bill Gates, the richest man in the world? Check. Steve Jobs, a college dropout turned "Grandfather of the Digital Revolution?" Check.

There are plenty of famous children's books that all education majors should know and love. Some ideas are the cat from "The Cat in the Hat", Max from "Where the Wild Things Are," Charlie or Willy Wonka from "Charlie and the Chocolate Factory," a Hundred Acre Wood citizen from "Winne the Pooh," the caterpillar from "The Very Hungry Caterpillar," Harriet from "Harriet the Spy," or Charlotte from "Charlotte's Web." PLENTY of wonderful options!

English and/or literature majors know all about timeless and iconic pieces of literature. So why not dress up as one? You could be Atticus or Scout Finch from "To Kill A Mockingbird," Shakespeare's Romeo or Juliet, Jay Gatsby or Daisy Buchanan from "The Great Gatsby," or J.K. Rowling's Harry Potter or Hermione Granger.

History: A ghost or a historical figure

What represents past lives (i.e. history) better than a ghost? History majors study all things that happened in the past, and ghosts sure do know a lot about that.

Biology and Anatomy majors have certainly spent a good amount of their education studying the skeletal system. What better way to represent that then with a spooky skeleton costume?

Criminal Justice majors can obviously be a police officer, but there are some fun ways to spice this up. A Criminal Justice major could be Burt Macklin (FBI) from "Parks And Recreation," Jake Peralta or Rosa Diaz from "Brooklyn Nine-Nine," or Olivia Bensen or Dominick Carisi from "Law and Order: SVU."