Dear USA Gymnastics, Leotards Are NOT The Problem

Dear USA Gymnastics, Leotards Are NOT The Problem 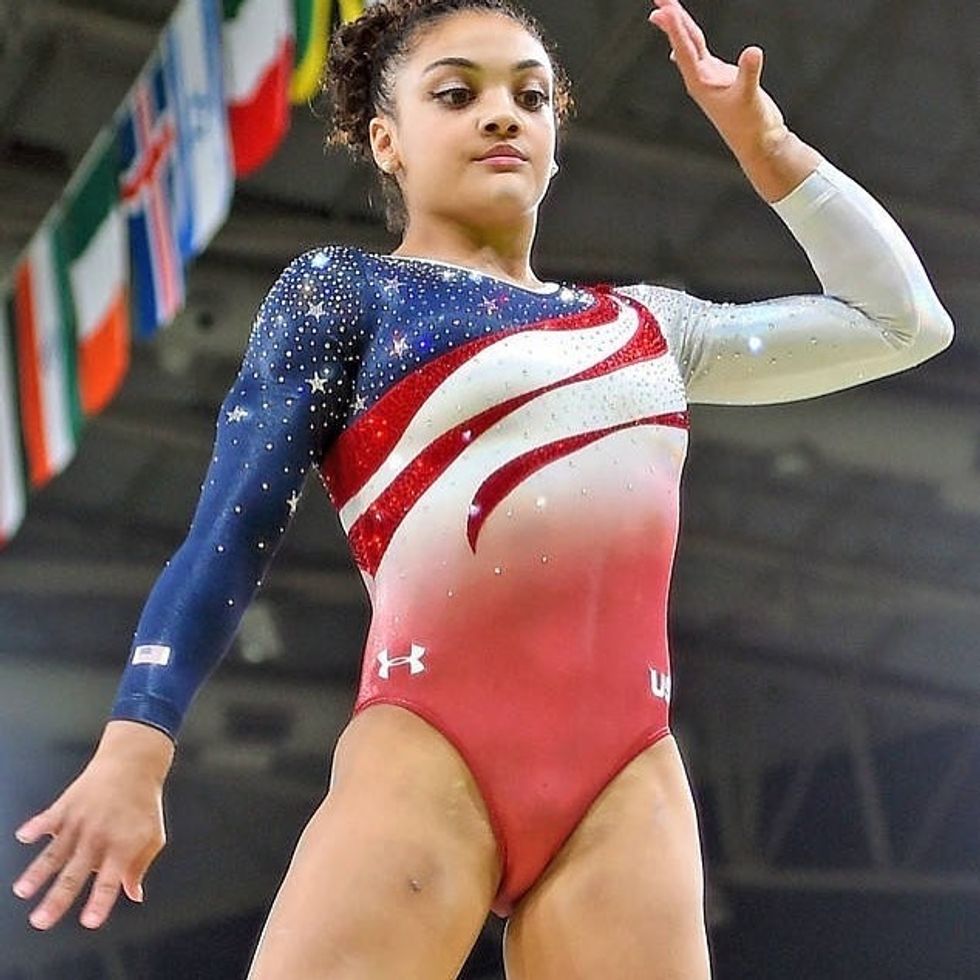 But how does that make sense?

The issue doesn't stem from their attire, but rather the physician and now convicted criminal Larry Nassar. He is the serial child molester who was the USA Gymnastics national team doctor. His acts involved sexually abusing young girls training at the Karolyi ranch, the main training location of elite and Olympic athletes. His actions led to the USA Gymnastics Federation's scandal of hiding this information and forcing Olympic champions such as Aly Raisman to keep this information to themselves, as it would be handled accordingly.

During his trial, members of the Rio 2016 and London 2012 Fab Five group of gold medalists faced him and recounted haunting stories of being abused during his treatments of injuries. After, he was set to be imprisoned for life.

Now, the conversation has come to banning leotards, the traditional uniform attire that each gymnast wears in practice and competition.

Twitter threads contain angry comments of gymnasts themselves and fans holding discussions in outrage. Because of one huge secret, the federation kept about Larry Nassar, athletes must be punished for his crimes. The thing is, they're not wrong. Leotards are one of the most conservative uniforms athletes can wear. They cover a woman's entire length of arms and torso with a high collar, so it's only showing their legs. So how does that qualify as "too revealing?" Can people not hold back their urges because they see someone's legs?

In comparison, let's take Olympic Track & Field female athletes and look at what they wear. What is their attire? It's a sports bra and spandex shorts/sporty underwear. To put it bluntly, the only thing they cover is breasts and the butt. Where is the USA's movement to change their uniform to something less revealing? People can't handle seeing that much of a woman's skin.

As for Olympic male swimmers and divers, their usual uniform is just a Speedo, that's it. Again, if we're going to be blunt, then it only covers their butt area. I don't know about everyone else, but it honestly makes me uncomfortable to see so much of their bodies revealed.

Yet, I don't see a backlash to give them a more appropriate uniform to represent our country in.

Have we seen the issue yet? The reoccurring theme is that these women are forced to be punished for their leotards, which has been the gymnastics uniform for almost the entire history of their sport, because if Larry Nassar hadn't seen their leotards in action, then he would have never sexually abused them. But wait, that sentence doesn't add up, so let me rephrase that to end this article:

Larry Nassar is a criminal whose actions are not the effect of females' modest athletic attire. Girls are not the cause of criminal actions, nor does their uniform have anything to do with it.