What Is Gurlesque Poetry?

A third wave of feminism, sexuality, and femininity revisited. 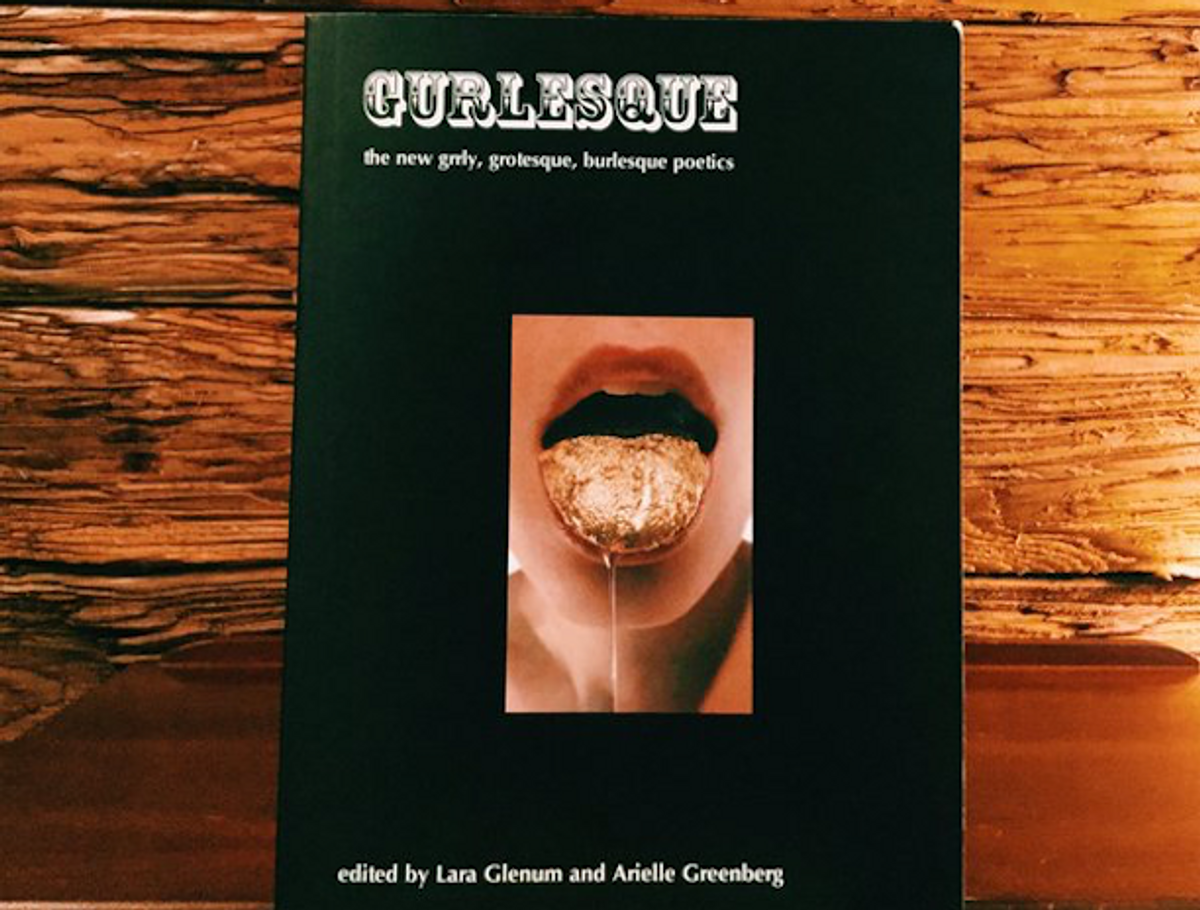 There’s something sad about the state of poetry. When we were kids in language arts classes, poetry could be anything—a jumble of words, rhyming or not, that evoked some sort of emotion or experience. Throughout school, though, poetry changed. We had to memorize sonnets, count iambs, explain why certain poems made us feel the ways we did.

When I first heard about gurlesque poetry in a college writing workshop, I was immediately transported back to the first poems I wrote and the first poems I loved. There’s something raw and purely emotional about this genre of poetry.

The term was first coined in 2001 by Arielle Greenberg, who later co-edited an anthology on the genre with Lara Glenum. Loosely defined, gurlesque poetry is that which is written by women who overtly perform and react to their femininity. The poems push the boundaries of what is typically seen as acceptable female behavior and language. Their speakers are honest and precise in unique ways and represent many facets of what it means to be female and to be “woman.” Taking a page out of Burlesque performers’ playbook, speakers work to reclaim their bodies to subvert institutions and people who once laid claim to them.

The poems are shocking in many ways, but not so much in others. These poems are personal, too personal for some readers. Gurlesque poems force readers to critique their own assumptions about women; they make readers question why some poems make them feel uncomfortable.

From, "To The Man Who Shouted "I Like Pork Fried Rice" at Me on the Street" by Franny Choi:

taste like dried squid. lips puffy
with salt. lips brimming
with foreign so call me
pork. curly-tailed obscenity
been playing in the mud. dirty meat.
worms in your stomach. give you

a fever. dead meat. butchered girl
chopped up & cradled
in styrofoam. you candid cannibal.
you want me bite-sized
no eyes clogging your throat.

From, "All the Aphrodisiacs" by Cathy Park Hong:

you say it turns you on when I speak Korean.
The gold paste of afterbirth, no red—

I breathe those words in your ear, which make you climax;

afterwards you ask me for their translations. I tell you it’s a secret.

From, "A Poet's Poem" by Brenda Shaughnessy:

and watched the icicles drip, as I smoked
a cigarette.

Finally I reached up and broke a big, clear spike
off the roof with my bare hand.

And used it to write a word in the snow.
I wrote the word snow.

I can’t stand myself.

From, "Some Public Characters" by Brenda Colts:

I thought marriage would be my most public act and performance or my baptism or once when I taken an oath to defend the public or when I was a girl scout pledging to do my best to honor God and my country, and once when I was in the newspaper because I was a welder and a fashion model, and then I got stalked, and once when they used to call me Puffy Coultas.

"This is a Fucking Poem" by Catherine Wagner:

don’t expect too much.

Well I expect you to go into the
fucking human tunnel
I’m going.

pink grimy glossed
entabulature, welted
and tattooed. Enfolded in
ropy ceiling-hangings
but it isn’t a room,

and bumblingly sliding
out, little legs of

a little girl, bum on the wall/opening
pink legs sticking out like a
hermit crab’s, she’s coming!

Send her to school

It’s cold, and where should she
go, she will eat her
legs with her mandibles

her eyes will retract inside.

If you had any reactions to these poems and want to read more, check out Arielle Greenberg and Lara Glenum's anthology which explores the common threads between these poets and poems, Gurlesque: the new grrly, grotesque, burlesque poetics.

QueenRadhi
The State University of New York at Stony Brook
1847