The Badger's Guide To UW-Madison's Slang

Because a dictionary definitely can't help you with this. 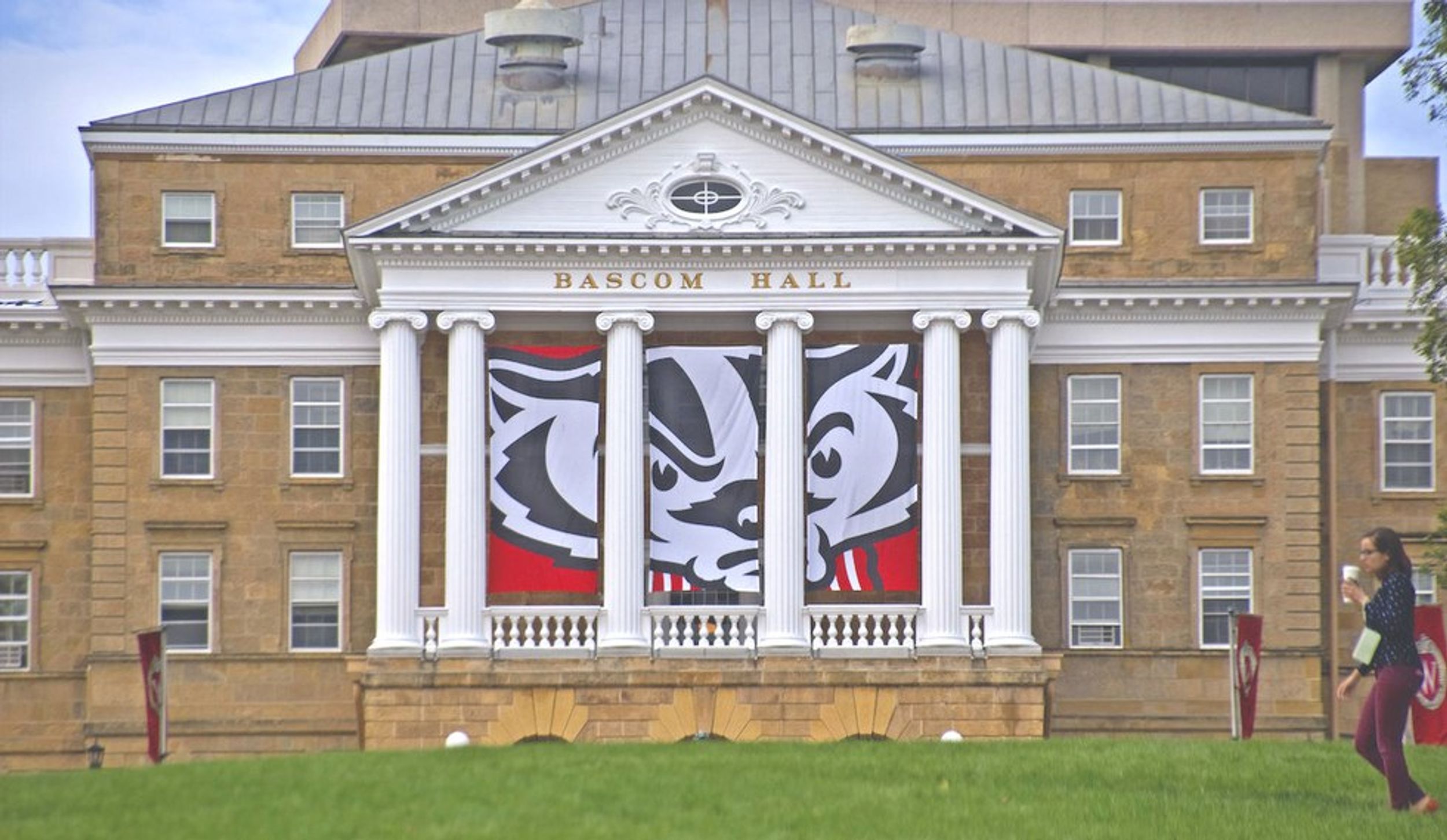 Literally, anything that relates to Wisconsin. It is typically used to describe someone who lives in Wisconsin and is an identity that people use with pride. If you are a Sconnie, you probably love the Packers and have been dreaming to be a Badger since the womb; you also probably have an excellent taste in cheese and ice cream.

Use it in a sentence: “It’s 25 degrees and snowing and that guy is wearing athletic shorts; he is definitely a Sconnie!”

A term used to describe a student who attends UW-Madison that is originally from the east or west coast. You can usually identify a coastie by their intense winter jacket, beanie, and snow boots as soon as the temperature hits 35 degrees. No, they definitely are not from the Midwest, but they still love the Badgers and Madtown just as much as everyone else.

Use it in a sentence: “She is totally a coastie, she’s in snowboots and it's 50 degrees out!”

When a Badger says they’re at “college”, they are most likely not talking about the university as a self but instead College Library. College Library is located in Helen C. White Hall and is one of the hottest spots to get work done on campus. The library looks over the lake and has a view like no other.

Use it in a sentence: “I really need notecards; are you coming to college anytime soon?”

Again, memorial is also a semi-confusing term for outsiders that is used to describe another one of the most popular libraries on campus. Oftentimes, it is abbreviated to ‘mem’ in texts from one Badger to another.

Use it in a sentence: “I was at memorial all night, yet still I feel so unconfident for this exam.”

Friday After Class. FAC is an acronym used across campus for students trying to let loose and have fun after a long stressful week of classes. If you are passing by the Kollege Klub on Friday afternoon at 3, you are guaranteed to see a line of Badgers waiting anxiously to get allowed in by the bouncers.

Use it in a sentence: “I had the longest week ever, so I'm going to FAC tomorrow.”

Simply, after-the-bars. An A-bar is a slang used to describe an after-party that often takes place at a fraternity or apartment. After a wild night at the bars on State, the night is still not over for those who choose to finish off their nights at an a-bar.

Use it in a sentence: “There is actually no chance I make it to the a-bar tonight.”

Use it in a sentence: “Screw the freshman fifteen, let’s get curds!”

Langdon is the capital of greek life in Madtown. Beautiful homes line the road housing fraternity and sorority chapters. On game days, you can expect Langdon to be filled with prideful Badgers in a sea of red and white. When looking back on your college experience, you are almost guaranteed to have some of your favorite and craziest college memories on this street.

Use it in a sentence: “It was 70 degrees last Saturday, so as you can imagine Langdon was filled with tons of darties!”

The Kollege Klub. It is not to be confused in a texting conversation as if someone is confirming what you are saying, but instead, the location where Badgers love to spend their Tuesday, Thursday, Friday, Saturday, and maybe even Sunday nights.

Use it in a sentence: “Last night, I kept buying everyone drinks at the KK.”

If you think someone is talking about Insomnia, they’re rarely referring to their lack of sleep. Instead, they are probably raving about their late night Insomnia Cookies.

Use it in a sentence: “I need to go to the gym today, last night I had so much Insomnia.”

When someone refers to their location as ‘State’ in Madison, they are never talking about the state of Wisconsin itself. Instead, they are talking about State Street, the cultural epicenter of all of UW-Madison. Lined with infinite bars, restaurants, apartment buildings, and shops, State Street is all any college student could ask for and more.

Use it in a sentence: “I will be there in 5 minutes, I’m on State right now.”

At the University of Wisconsin-Madison, we unite as one when we sing Varsity. If you didn’t make your high school’s Varsity Basketball team and are still upset about it, no, this is not the same Varsity we are talking about. Instead, it is the alma mater for all Badgers that is sung at special events such as commencement.

Use it in a sentence: “I shadily love singing Varsity.”

Caitlyn Morral
St Bonaventure University
2312
Wordpress
Odyssey recognizes that mental well-being is a huge component of physical wellness. Our mission this month is to bring about awareness & normality to conversations around mental health from our community. Let's recognize the common symptoms and encourage the help needed without judgement or prejudice. Life's a tough journey, we are here for you and want to hear from you.