12 Struggles Grandparents Have With Technology

12 Struggles Grandparents Have With Technology

Grandparents and technology: adorable, hilarious and frustrating all at once. 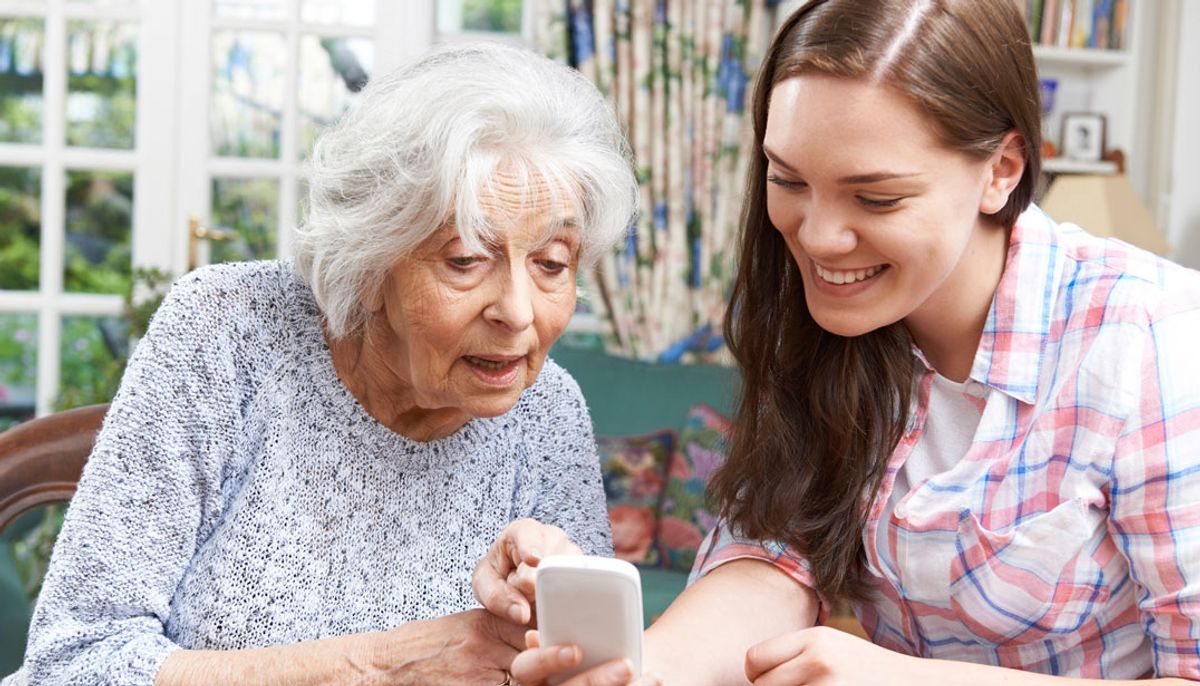 Growing up as a tech savvy millennial, I always find it hilarious when my grandparents attempt to use technology. At home, I live next door to my dad's parents, and I have been called several times to give a tutorial or fix something. Both sets of my grandparents try extremely hard to stay up to date with the “trends” of technology－sending emojis, navigating Facebook, and using texting lingo. Now that I am in college, they have also has been trying to keep in touch through their iPhones or iPads. I am sure if you have parents or grandparents who are not familiar with technology, you have seen them struggle with several of these things too.

1) Sending an over load of random emojis

When my Grandma first learned to text, she was fascinated by emojis. She attempted to send them with EVERY SINGLE TEXT. But the best part was, she sometimes sent the wrong ones. And I can instantly tell I have a text from Grandma when there are 200 heart and smiley face emojis.

I had to explain to my Grandma that she doesn’t need to sign every text with "From, Grandma" because it comes up automatically. And if anyone tries to send or save a picture...forget about it!

3) When you FaceTime, you can only see half their face

Recently, I have introduced the concept of Facetime with my grandparents so they can talk to me “in person” while I am away from home. I spend most of the conversation talking to their chin or seeing only their foreheads. At least I don’t have to worry about what I look like!

You don’t even know how many times I have had to explain to my grandma how this works. She refuses to friend anyone who is not her direct family, which defeats the purpose of Facebook. And she gets so angry when other people’s posts pop up or random people show up in her “People You May Know” section...we tell her to just scroll by them, but she decides to go through and delete them instead.

I have to be careful what I use in my texts because who knows how they will interpret LOL or IKR. And sometimes they send one that makes no sense with the context of our conversation.

6) Understanding any slang for that matter...

7) Pressing buttons they don't mean to

I have been called to the rescue several times when the phone flashlight “won’t turn off” or if an app appeared “for no reason”.

8) Forgetting how to do things that you have already explained

No matter how many times you explain or show certain things, they will never fully understand.

My grandparents are always amazed that I can look up the answer to a random question within seconds, and they can't seem to figure out how to do that themselves.

10) Leaving comments on your friend's posts

It's always interesting when a notification pops up that your grandparents commented on a photo you're tagged in...

11) Changing the font to a larger size

You have to make sure their settings have large enough font that a text message takes up half the screen! "Zooming in" is impossible to teach.

Helping grandparents learn the basics of technology can be frustrating, hilarious, and adorable all at once. If your grandparents want to learn how to use an iPhone or stay up to date with new technology, it's a great way to connect with them--but be aware that there is going to be an ongoing learning curve that you may have to help them out with. It's all worth it when grandma texts you an abundance of heart emojis!