'Grace & Frankie' Is The Friendship We All Deserve AND Desperately Need

"Grace and Frankie" isn’t an amazing show because of the plot — two women who are best friends whose husbands have an affair with each other for 25 years – but because the strength they have in the show, the relationship they build and the comedy is just amazing. 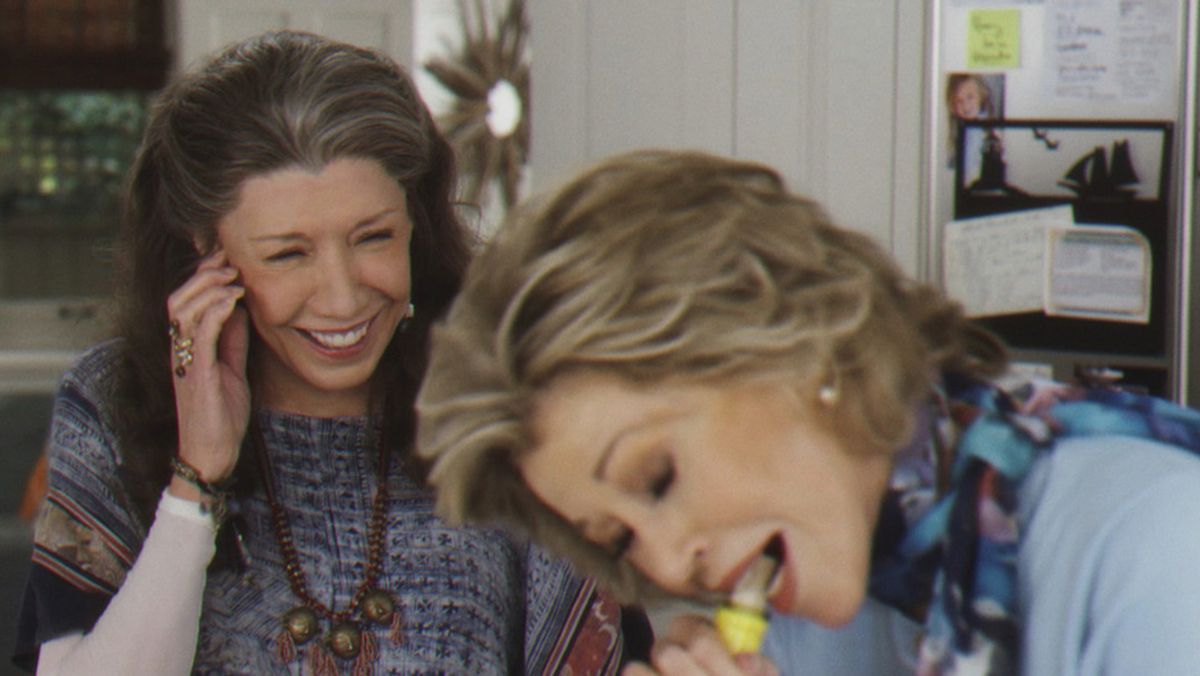 If you haven’t seen the Netflix series "Grace & Frankie," I highly suggest watching a few episodes and checking it out. It’s worth the watch.

The show follows Jane Fonda (Grace) and Lily Tomlin (Frankie), two unlikely friends who are brought together after their husbands announce that they are in love and plan to get married. The series premiered on Netflix on May 8, 2015.

Grace is a retired cosmetics mogul, and Frankie is a hippie art teacher whose husbands, Robert and Sol, are successful divorce lawyers. The series is based in San Diego, California.

"Grace and Frankie," to me, isn’t an amazing show because of the plot — two women who are best friends whose husbands have an affair with each other for 25 years — but because of the strength they have in the show, the relationship they build and the comedy is just amazing.

I started watching the show back in November of 2017, and I haven’t turned back since. I watched all three seasons in about three weeks (I often find a show I like on Netflix and have a bad habit of only being able to watch that one single series until the end and pick up on something else.)

The show is a true comedy, the story is beautiful and Grace and Frankie’s relationship is quite #RelationshipGoals.

Towards the beginning of the show, during seasons one and two, Grace hated Frankie, even though Frankie just wanted to be the best of friends. At the time of Robert and Sol coming out to their wives, they both had lived in their perspective houses.

Grace and Sol had their own house in San Diego, while Robert and Frankie had two houses – one down the street from Grace and Sol, as well as a vacation house on the ocean.

During their divorce, Grace hating Robert and Frankie hating Sol, the two women decided to move in together in Frankie, and now Grace’s, beach home.

The show is a little confusing at times, but it’s quite easy to pick up on in later episodes. Throughout the show, we’re introduced to Grace and Robert and Frankie and Sol’s children, Brianna, Mallory, Coyote and Nwabudike "Bud."

I wanted to write a story about this show because for one, it’s an amazing freakin' show and everyone deserves to spend time watching it. But the story behind the show is greater.

I don’t want to reveal any spoilers, but the series is one you won’t regret taking a chance on.

Season five was approved and announced on February 15, 2018. I’m quaking. I AM READY.