The GOP Never Knows When To Stop
Odyssey

The GOP Never Knows When To Stop

Let's talk about the Nunes memo. 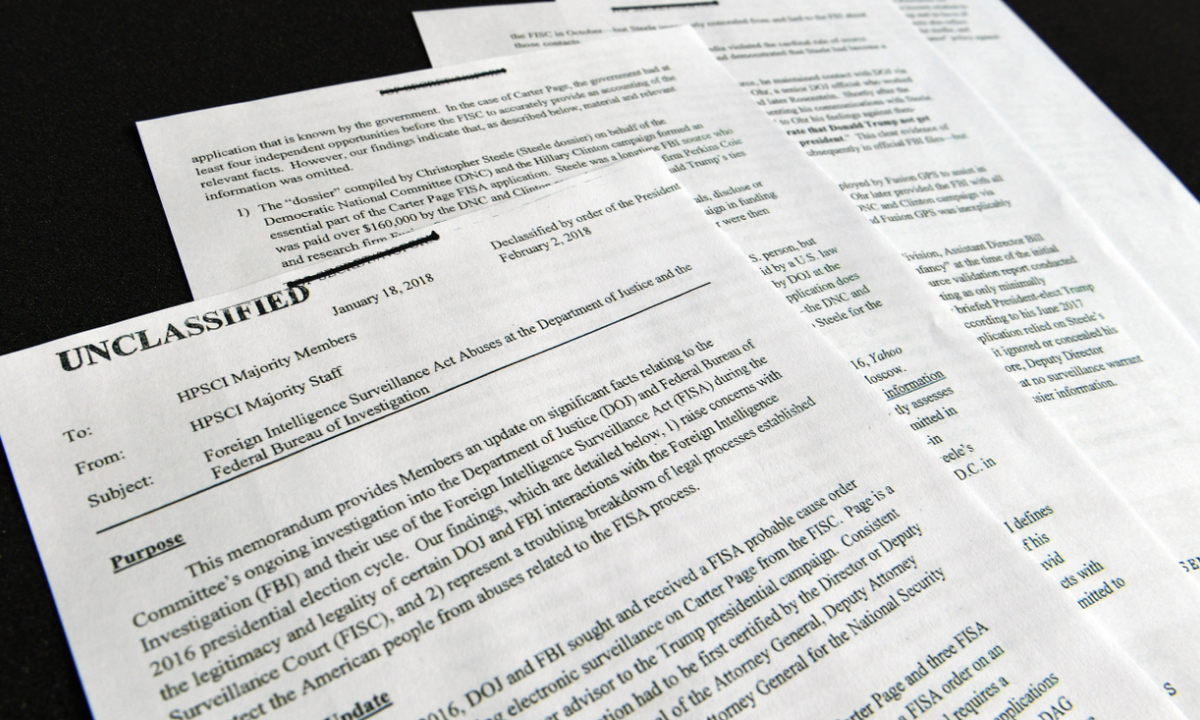 Upon hearing about the release of the Nunes memo, I refused to believe it was real. To be fair, I should know better at this point: apparently, the more stupid or transparent something is, the more likely it is to happen. But when my roommate told me that Trump was trying to undermine the Russia investigation by creating some sort of ridiculous smear campaign, I didn't want to believe it was real.

It's real. The Nunes memo is a four-page document that "checkmates" the FBI by claiming their surveillance is biased and therefore untrustworthy. The Nunes memo was hailed as "treason" and "greater than Watergate" by the GOP.

Democrats in Congress are exhausted, because, as always, the GOP will take things out of context. Not to mention that the memo, like all things FBI, will contain confidential information — but since this is a scandal that is "a hundred times bigger than what prompted the American Revolution", let's release some national secrets!

Some background information: the Nunes memo centers around the concept of the FISA warrant, which allows the FBI to surveil, with probable cause, any foreign agent. In this case, it's Carter Page, who is suspected of serving as a line of communication between Russian officials and the Trump campaign.

Before we begin unpacking the Nunes memo, let's remember that Robert Mueller (you know, who works for the FBI) is conducting an investigation on the relationship between Russia and Trump. And if the GOP desperately wants to cover something up, the most obvious move would be to smear the FBI. Let's just remember that the GOP has the tactical skill of a four-year-old playing Monopoly and has the nerve to think it'll work.

Here are some highlights:

1. British intelligence agent, Christopher Steele, who formed a dossier that involved Trump advisor Carter Page and led to Page's eventual surveillence, has been paid off by Hillary Clinton and the DNC.

Basically: any and all accusations against with the Trump campaign are fabricated and also Hillary Clinton's fault.

However ... the official that Steele was reporting to wrote this information down, making sure that it would not affect the investigation. Also, Steele having a rational opinion is not something we should fault him for — then again, I don't think like a GOP politician.

3. At some point, James Comey told Trump about said dossier, and labeled it "salacious and unverified". At that time, Comey had been FBI director, which means that his words count for something.

This BBC article puts it best: "Yes, Mr. Comey used the words "salacious and unverified" - but that was only in relation to portions of the dossier. He declined to comment on the veracity of certain "criminal allegations" in other parts of the dossier — at least in open testimony".

4. The previous deputy director of the FBI, Andrew McCabe, testified that without Steele's dossier, there would have been no surveillance request put out on Carter Page.

Okay, finally, a real point to stand on. If Steele's dossier is the only source with which the FBI uses as justification, there's a whole new dimension of uncertainty to the investigation. However, the testimony from McCabe is, at the moment, hearsay. If they follow up, there might be a real case.

However, at this particular moment, the Nunes memo still seems like a clumsy, ham-fisted attempt at smearing the FBI, with no real evidence and no real cause. The GOP seems to have overextended themselves this time, but only time will tell.