The 6 Most SLEPT ON Characters From 'Glee'

The 6 Most SLEPT ON Characters From 'Glee'

We all know "Glee" was the real life version of "That's So Rachel," but these characters definitely deserved much more hype. 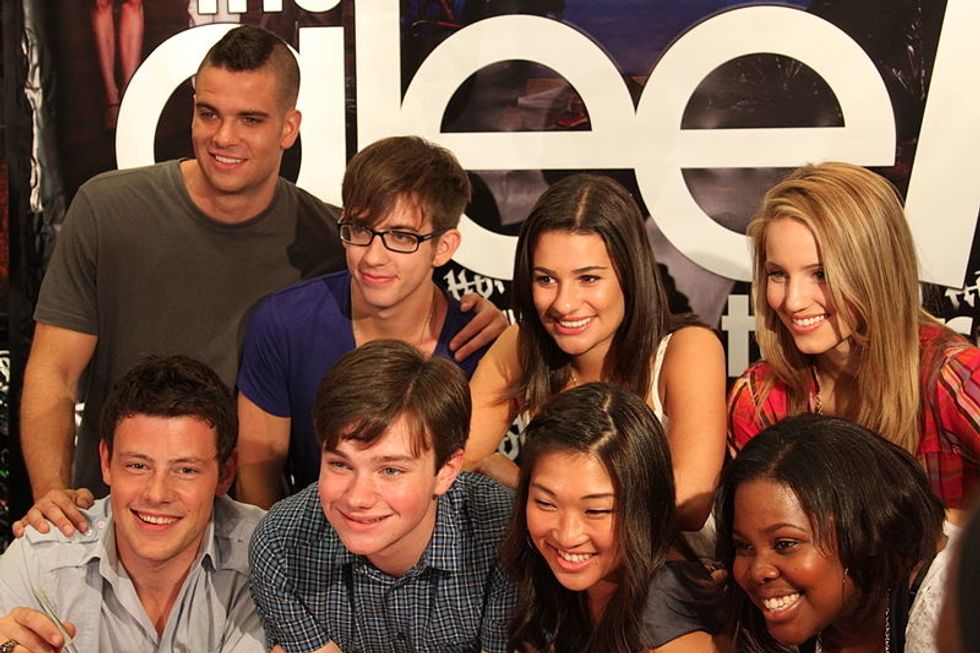 Whether you liked it or not, I'm almost certain that you've seen an episode of Glee' and if you haven't, then I don't want to talk to you (#sorrynotsorry). If you haven't watched it yet, shameless plug: go stream all six seasons on Netflix right now while you're locked in your house with all the time in the world. #COVID_19binge

Without even watching the show, if you saw a picture of Cory Monteith, you would know he is from this iconic show. The same goes for Lea Michele and several other actors that played these angsty, musical teens.

'Glee' definitely had its memorable moments; it would be hard not to since it tackles just about every single obstacle in life. The range of situations matches the high caliber range of vocals and music selection. But, even wider than any of these, 'Glee' heavily varied in its character pool -- though some did not get the recognition they deserve.

Kitty Wilde makes her appearance in season four and stays until the closing of the series. She embodies another one the stereotype blonde cheer girls that litter the halls of McKinley High. She is most noted in season four for being the "new" Quinn, but eventually becomes an unofficial "captain" of the glee club in season six. Her heart is as big as her ferocity and as big as her vocal capacity. But, I guess we'll never know since her solos were limited.

Since the show is all about teenagers, they really should have given this character more screen time. Scattered throughout the middle of the series, Sebastian embodies some quality competition, and he really serves as a symbol of teenage angst. He elevates the sexual tension, provides depth to the characters and story, AND he can sing! Why was he robbed of an opportunity to be a hit character?!

Mason and Madison are the first dynamic duo of the show without some major complex. Kurt and Blaine? The gay relationship. Rachel and Finn? The main relationship. Britney, Quinn, and Santana? The cheer triplets. Mason and Madison both have great vocals and great characters that are (almost) independent of one another -- they ARE twins! Mason definitely deserved better as the first male cheerleader of the glee club (aside from that brief moment when Mercedes and Blaine joined the Cheerios in season two). Sadly, we only see the twins for the SHORTEST season of the show.

She was hands down the funniest character of all. Yeah, she was rude and condescending, but we loved all of her xylophone temper tantrums. With sweet moments in her later seasons, every scene with Becky keeps you captivated. Also, the sweet dynamic between Sue and Becky provides a little bit of development for Sue, which can never hurt. And let's not forget her happily-ever-after with Darrell in season six.

Breaking the gay stereotype, Spencer gives the glee club a little breather. He definitely gets some highlight in the last season, but I wish we would have met him sooner. He definitely was no Kurt Hummel with a passion for singing and dancing, but he had other passions that were absolutely necessary for the glee club. He symbolizes the loyalty and commitment of the club that we watch through all six seasons. Season six takes a bowl and mixes Finn, Sam, Puck, and Blaine into it so that we can be blessed by Spencer Porter.

Now, all of these characters deserved better, but none of them - NONE - were as cheated as the Santana Lopez. Don't get me wrong, Miss Lopez gets more attention than any of the previously listed characters, but even that was not enough. Naya Rivera excellently plays this character, and she 100% worked to have the attention she did receive such as her wedding in season six and her emotional solo in season five, but we all know that Santana Lopez was the HBIC. Even of her attempts overthrow Rachel Berry could have EASILY been successful, but the producers could not have it that way. We pay our respects to our ancestor, Santana.

I grew up with these characters, and for the longest time, I refused to watch the last season because I could not stand it to be over. Alas, all good things have to come to an end. But next time, can we end things with the attention they deserve??