If You Give A Child A Service Dog
Odyssey
CurrentlySwoonLifestyleHealth & WellnessStudent LifeContent InspirationEntertainmentPolitics and ActivismSportsAdulting
About usAdvertiseTermsPrivacyDMCAContact us
® 2023 ODYSSEY
Welcome back
Sign in to comment to your favorite stories, participate in your community and interact with your friends
or
LOG IN WITH FACEBOOK
No account? Create one
Start writing a post
Entertainment

If You Give A Child A Service Dog

You don't know how much of a difference it makes until you see it right in front of you. 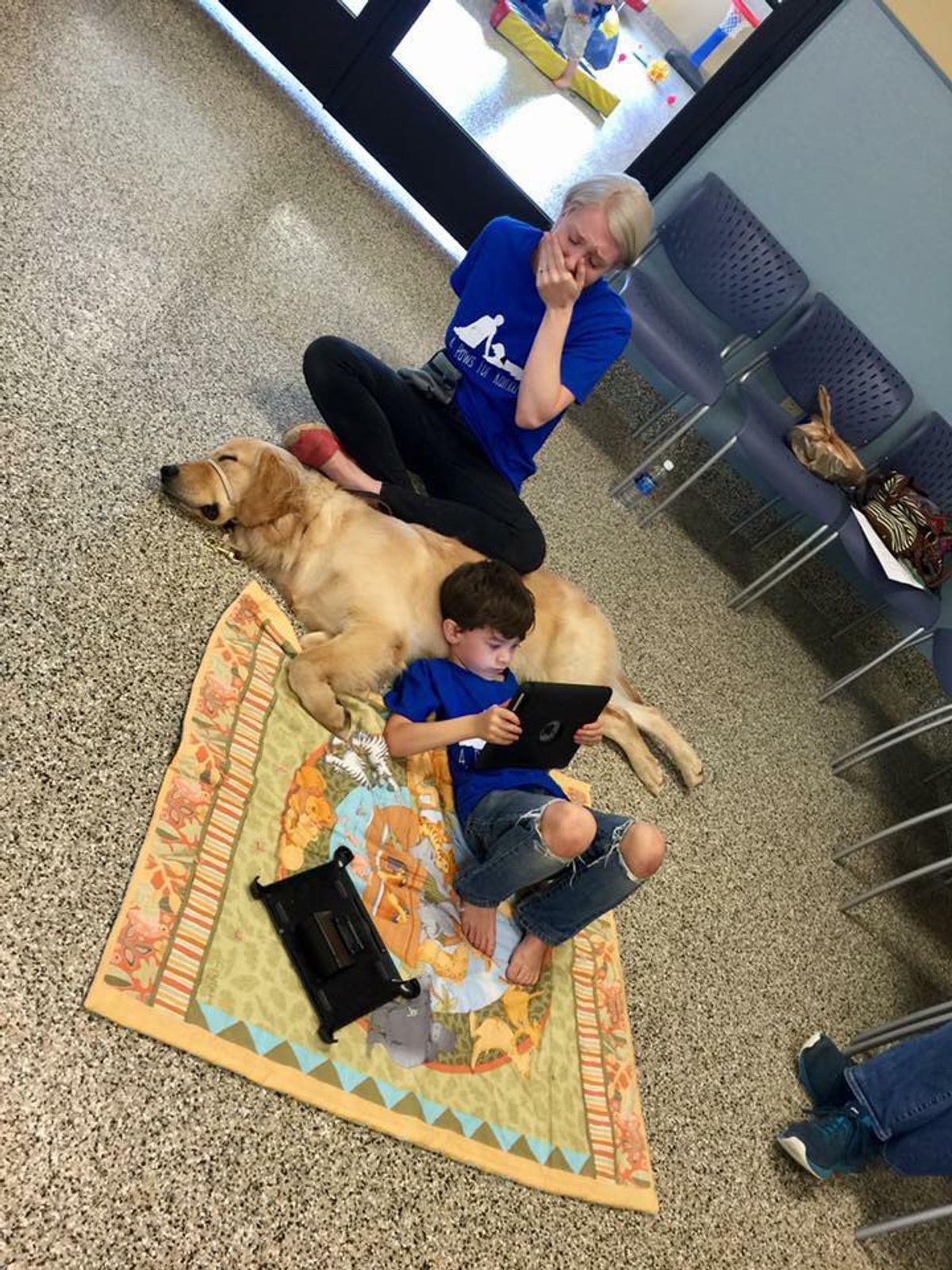 One week ago, five-year old Kai met his new best friend, a service dog named Tornado. The picture above was snapped later that day as Kai rested on his puppy and his mother looked on with tears of joy in her eyes. Since then, the picture has been shared over eighteen thousand times and has been written about in newspapers, blogs, social media posts, you name it.

Kai’s mother stated that “this picture captures the face of a mother who saw her child, who she can't hug, wash, dress, snuggle and touch freely lay on his new service dog of his own free will, with a purposeful unspoken attachment.” In her post, she described how her son has struggled through countless therapies and social interactions. For a child who becomes easily overwhelmed, fails to connect with others, and dislikes physical contact, the moment above was pure magic.

Stories like this aren’t uncommon to 4 Paws for Ability, an organization in Xenia, Ohio that specializes in training service dogs for children with disabilities. Each month brings a new group of families who finally have the chance to meet the service dog that will change their lives. These dogs are trained specifically for the child that they are placed with, meaning that each family receives a service dog that is directly tailored to their needs. The dogs not only provide a sense of normalcy to the families’ lives, but they offer unconditional love, security, friendship, and so much more.

Karen Shirk, the founder of 4 Paws for Ability, decided to begin the organization after being denied a service dog of her own. She chose to focus her efforts on children, since many organizations are unwilling to train dogs for children with disabilities. Since its founding in 1998, 4 Paws has placed hundreds of service dogs worldwide. They are training dogs for individuals with autism, seizure disorders, diabetes, hearing loss, and an array of other disabilities.

4 Paws for Ability truly sees the ability, not the disability. They are making a world of a difference in families who have exhausted all of their resources and don’t know where else to turn. Because of these service dogs, children like Kai can gain independence and have a best friend who will keep them safe.

Help make more heartwarming moments by donating here and watch this video to learn more about the impact that 4 Paws for Ability makes.