Girls Who Claim They're Not Feminists Have NO Clue What They're Talking About
Odyssey
CurrentlySwoonLifestyleHealth & WellnessStudent LifeContent InspirationEntertainmentPolitics and ActivismSportsAdulting
About usAdvertiseTermsPrivacyDMCAContact us
® 2023 ODYSSEY
Welcome back
Sign in to comment to your favorite stories, participate in your community and interact with your friends
or
LOG IN WITH FACEBOOK
No account? Create one
Start writing a post
Politics

In response to the girl who'd rather raise a family than a feminist protest sign. 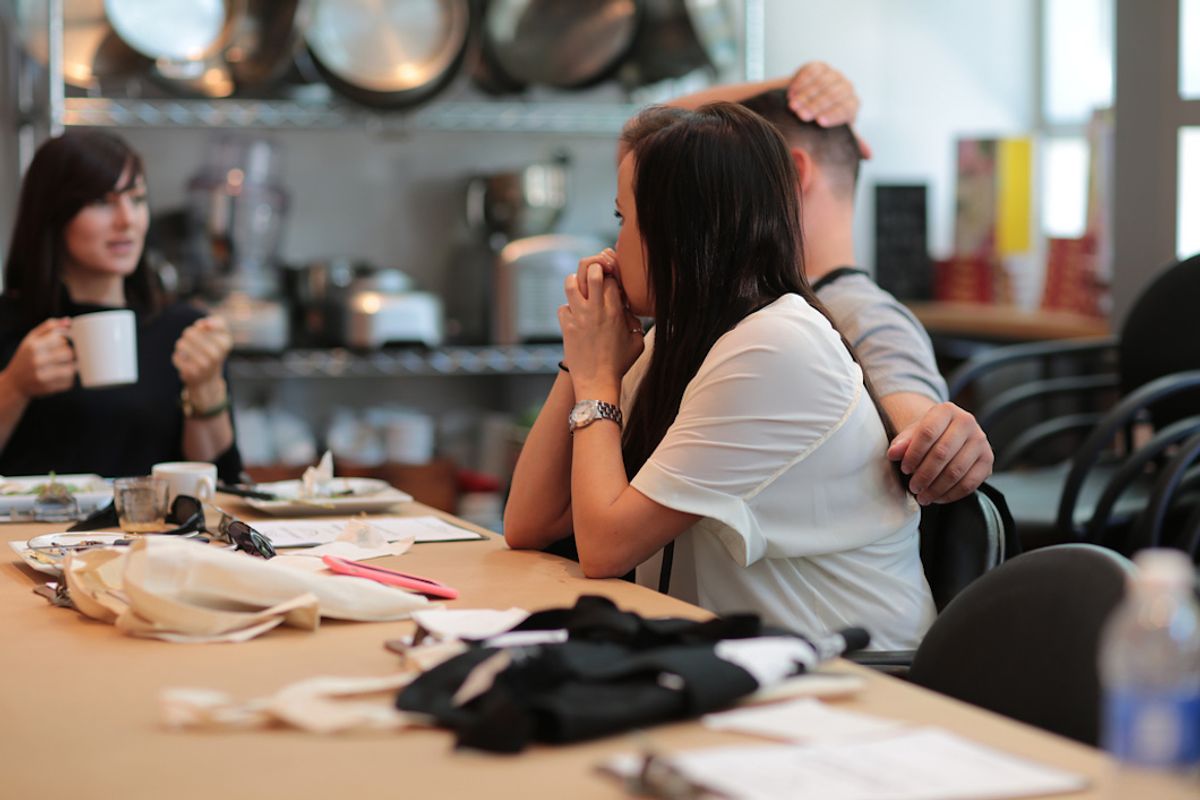 Dear girls who boastfully claim they're not feminists...

It's about the fact that girls can't be in a parking lot alone at night and feel safe.

Girls can't go out drinking without the fear of being date raped. Have any boys ever worried their drink was spiked when they looked away?

Girls can't dress however they like without worry about being judged or like they're going to give someone the wrong message.

Girls can't even go on dates without making sure to tell their friends exactly where they are and share their location with them. Do boys do this?

Getting it now? These are just a handful of examples of how girls live in a world that is different than the one boys live in.

Feminism, at its core, is the movement to reverse the fact that there are things that are hard for girls (and other minorities) BECAUSE of their minority status. Life's hard for everyone. But the act of simply being a girl makes aspects of it more difficult. Nobody is saying life isn't hard for men... but being a man doesn't make it harder than it needs to be the way being a girl makes life harder for girls. Make a little more sense?

Therefore, girls who think they're being shamed because they don't really want to be a CEO and look forward to having a husband and kids are very misinformed. Literally, do whatever you want! That's part of feminism, too. The freedom and opportunity to do whatever you want, to be able to make your dreams a reality -- whether it's soccer-momming or being president.

If you truly feel like you're 100% equal to men that's amazing! Just don't forget about your fellow sisters who are still struggling to get to that point. :)

Nicole Marie Nigro
Individual Creator
7851
c1.staticflickr.com
Where to start...... Let me start with the cliche that life throws us curveballs and what we do with it is what counts.