I believe in ghosts. Do you? 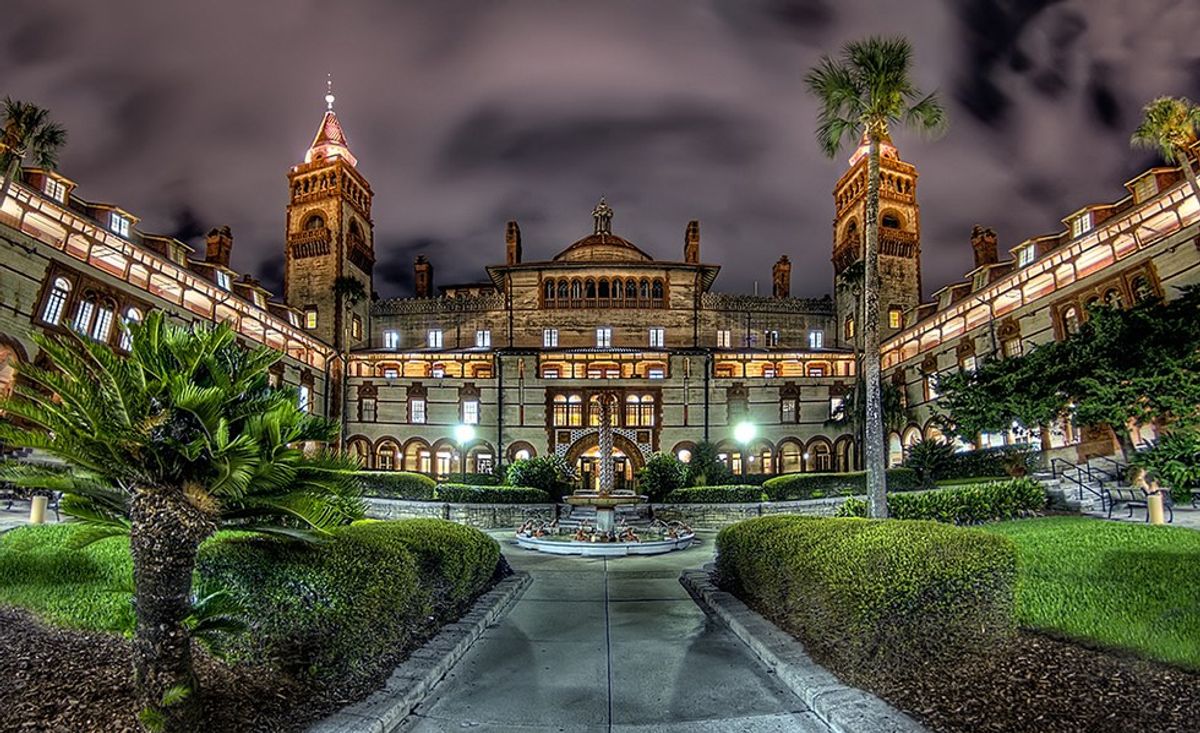 There are two kinds of people: those who believe in ghosts and those who don't. Which one you are is none of my business. But, when you go to college in the oldest city in America, you see a thing or two that might change your mind. The following are stories from Flagler students about their encounters with the other side.

As if moving into dorms your freshman year isn't hard enough, why not add a spirit into the mix? That is exactly what happened to Cori Orcasitas her freshman year in the female dorms.

"When I was a freshmen, I lived in the dorms. One night while I was sleeping, my roommate said that she saw someone standing at the foot of my bed all in black. I wore a lot of black clothes so she assumed it was me and tried to get my attention. She said that the figure didn't move, didn't react to her talking, she just kept looking at me. From that moment forward, until I moved out of the dorms, this lady all in black just stood in the corner across from my bed. She never bothered me or made anything happen, but she always stared at me when I was sleeping/falling asleep at night."

The students aren't the only ones that have to handle the ghost around campus. Visitors have been given a nice showcase of what goes on in the old Ponce de Leon Hotel. May Cole recalls a time when her tour guests were so scared that they actually had to stop.

Nothing is better than a good old-fashioned urban legend. Carlton Clinkscales recalls one famous one that he has heard as a student at Flagler College. He may have even have proof the legend has some truth behind it.

"Rumor has it that one day, a little boy was playing on the balcony in the rotunda, but somehow fell over the railing to his death. People have said they hear random stomping at night and believe it is the little boy's ghost that continues to play in the halls of Ponce. Even I have heard random stomping in Ponce from time to time during the later hours."

While I may not have any personal experience with the ghost roaming around campus, I have known people who have demanded to switch dorm rooms because of creepy occurrences. So, if you plan on living in Ponce, then be aware that you may have an extra roommate you weren't expecting.

Glorie Martinez
631
Why I Write On Odyssey