Game Of Thrones Is Ending

'Game Of Thrones' Is Ending...Deal With It

"Game of Thrones" has been one of the most talked about show on television for its violence, sexual promiscuity and all-around controversially out there scenes some of which never seen on television. Who will win the iron throne? 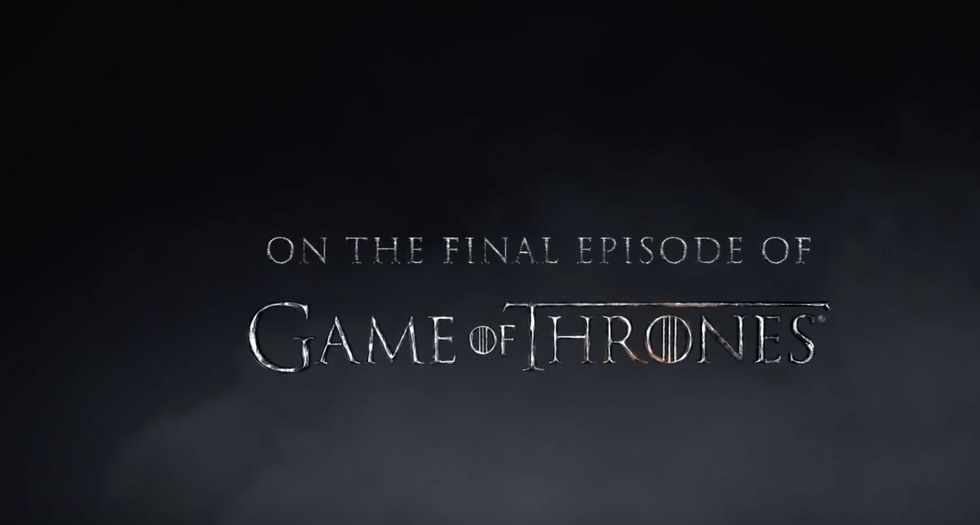 A beloved ending to a beloved show is, in fact, bittersweet and for some unbelievable. However, we all knew it had to end. I mean the book material ran out two seasons ago and there is only so much to create after the source material dries up.

So why is everyone mad?

Game of Thrones fans have gotten quite the treat. In fact, the romance of Jon and Dany is, in fact, a treat. Not in the source material whatsoever but something "shipped" by fans for a long time since Khal Drogo passed on. Also getting to see Sansa's character development, as well as a beautiful Stark reunion, was all for fan benefit. Sure there were some instances were the fans did not, in fact, benefit in the last two or so seasons, sorry Sansa. But it is the Freaking Game Of Thrones.

"When You Play The Game Of Throne You Win Or You Die" media1.giphy.com

As we've been informed since the beginning back when there was source material, Game of Thrones is not fair. "If you think this has a happy ending, you haven't been paying attention," Ramsey Bolton once said. If that isn't truer now than ever before I don't know when it will be. Is it the writing then? Since the beginning, the writers have taken heed from George R.R Martin. However, they have left plenty of dialogue and scenes out of the show and changed plenty. It is not as though the show is a perfect model of books. It's not. Sorry if you thought that, you haven't been paying attention. We had a couple of things that needed to be answered in this last season here is a list of that.

What is the fate of Jon Snow, Dany, Tyrion, Cersei, Jamie, Sansa, Varys, Misselandrie, Arya, Bronn, Brienne, and some other character?

Will the Night King triumph?

What the heck is Bronn?

Will Dany take back her kingdom with blood and fire?

What will happen with R+L=J?

Will Arya complete her mission? What's with the faces?

Will Jamie and Brienne do it already?

Who wins the throne?

Is Theon a good man?

Where are the ice spiders?

Of those couple of questions, we now have the answers to more than half of them. They just may have not been the answers we were wanting. As previously stated the show is unpredictable at this point and you haven't been paying attention if a curveball is a call to throw in the towel of the show. Maybe events did not transpire how we the audience imagined them. I myself pictured Arya with a Jamie/Joffrey face on coming to Cersei in her moment of weakness and then slashing her throat. I loved that thought. When I didn't get it I was upset however life gives you little ironies and sometimes...they hit you in the face like a tone of bricks.

Lastly, in terms of writing, episode three was awesome. Episode four was pretty great as well. Episode Five was iconic though gut-wrenching and hard to watch after rooting for so long. However, that character did exactly what she said she would all along and it was pretty phenomenal in a way. Now we have a white herring or mare with Arya what will she do? Soon the answer to the throne and it will be epic.

The pacing has been alright this season but it is nothing new. If anything things have progressed faster than ever before since there are only six episodes and many things left to resolve in an eighty minute spectacular. I think the main problem is that things haven't turned out in the dewiest dreamlike way and fans are upset. While we all wanted to see blood, we wanted to see our enemies die, or our heroes are heroes. We never wanted to see our heroes have flaws, our enemies die in less than gory scenarios, or even innocent blood be shed. In some of our minds, we knew our heroes would die but when they went we wanted a full circle character ark. Something that the thrones doesn't always give us.

A petition is wrong. The show has not changed. Ever since they ran out of source material is not good to blame. The people that are portraying our beloved characters and the people behind the scenes are working so very hard in sometimes less than ideal circumstances and time frames to have made each scene possible. Sometimes mistakes are made. I mean have you seen the door in Jurassic Park? There is two in there. Don't go throwing stones over some unspilt coffee. The show is still lovely. Stop the petition it will not be happening anytime soon and it is just an insult to the crew, cast, and honestly you as a fan. If you truly love the show, love the show!

Now enjoy the finale of "Game of Thrones" and may the seven be with you. May the Lord of Light shield all of us. Fingers crossed who knows what happens when you play the game.