Game Of Thrones Broke My Heart

Game Of Thrones Broke My Heart

A super-fan's thoughts on the finale 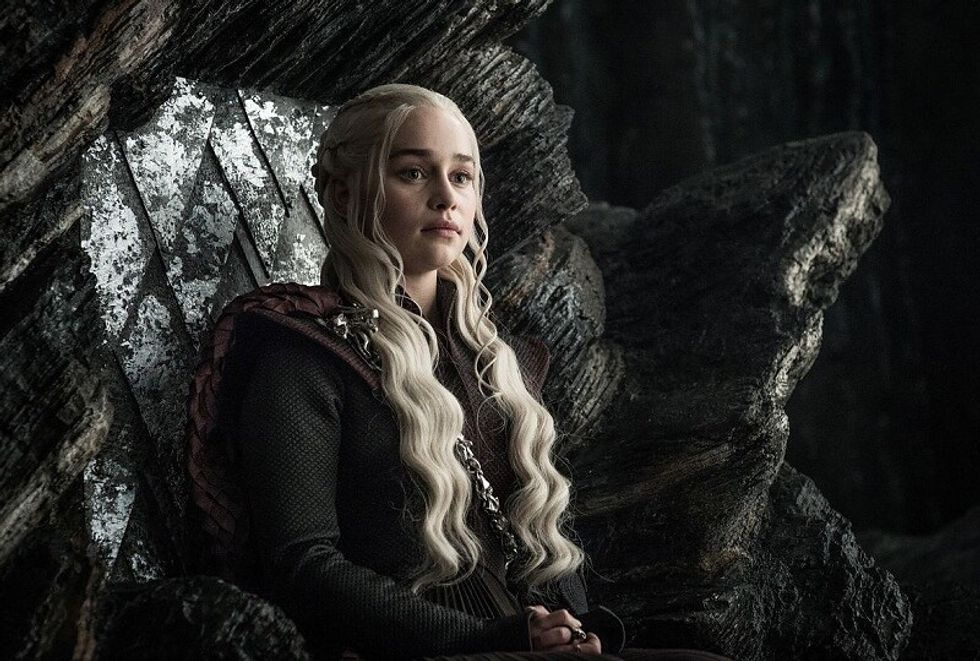 My character by character, in depth analysis of the series finale. I'm so sad and not ready for this legendary show to be over, especially when this was how it wrapped up. Before people try to argue with me and ask me how I expected a happy ending, I didn't expect a happy ending, but I did expect an ending that made sense and put together logically, which I just don't believe this final season was.

Okay, fine. This one I might just be salty about because Dany was my favorite. I know that it isn't supposed to be a complete surprise that Dany ended up going crazy. I know there were hints dropped the entire time. But HINTS, not proof, and not any solid evidence. I don't disagree that maybe deep down she was crazy, I just think her progression to becoming to villain was so rushed and not well written. I would've preferred to not have had her become the villain, but if they really wanted to go that route it should've been in more than 3 episodes prior. RIP my love

I also have to add, Jon going back to the Night's Watch makes no sense. There is no reason to have a Night's Watch now??? Jaime killed the Mad King and he still retained his position, but Jon kills the Mad Queen and he's banished??? Grey Worm and the Unsullied were the ones that wanted Jon gone but then they left and they would have no idea whether Jon left or stayed???? He is the TRUE HEIR??? So much sadness to me about what happened with Jon, and I'm really mad about how how the Targaryen heritage ended up meaning very little.

This just frustrated me beyond belief. This makes no sense. I hate it. Bran is the most boring character throughout the entire series and was even completely left out of a season because they had nothing to say about his character. I was expecting him to come in and do something epic with his powers, but that never happened. That Tyrion line about Bran having the best story in Westeros is the worst line from the finale. That whole scene did not make any sense to me, and it felt completely made up and just did not logically flow with the rest of the entire series.

Honestly, this one I was fine with. I think it was very predictable that Sansa would rule the North, and she did, which like, good for her. I give her credit for playing the Game of Thrones really well, she clearly learned a lot throughout the series and figured out how to manipulate things to get what she wants, just wished she didn't tattle on Jon as quickly as she did. Overall, I am happy for Sansa and I think she will be great Queen in the North.

In the grand scheme of things, this was also an ending I was okay with. I think it was very "Arya-esque" for her to go off and do her own thing instead of something predictable. I am only sad because I don't think she will ever see Sansa, Jon, or anyone else again, or at least for a while. My personal hope was that she would go to Storm's End with Gendry, but I won't complain about that because that was just my wishful thinking.

As I have previously mentioned, the Tyrion scene where he is on trial made no sense to me. I do like Tyrion, but they have been writing him so stupid and unlike his character this season. The jumping to Bran as king just doesn't make sense. I am glad that he gets to redeem himself as Hand of the King for like the tenth time now (JK, 3rd). I think he is a great Hand that has been written out of character for the past season or so.

This was the only scene of the episode that made me cry. Watching Dragon realize that his mother was dead was just heart breaking. Drogon has lost everyone that he loves, and takes that anger out on the thing responsible, The Iron Throne. Drogon then her body away to Essos, but we never get anything more definitive after that.

They weren't really in the finale, but I have feelings to share. I am sad that they ever even had Jaime and Brienne hook up if he was just going to leave, there was no reason to even throw that in. If they really wanted us to believe Jaime was good, they just threw all of his development into a better person out the window (get I, lol). They really had Jaime return to the incestual dirtbag that he was at the beginning.

For Cersei, she was the kind of character you love to hate. One of my favorites for sure. I really wish that her death was more epic. It seemed out of character for her to die without a fight, and to die so sad and desperate. She was such a brilliant character with an anti-climactic end, and it makes me sad we didn't get to experience something crazy with Cersei.

We will end on a happy note, Ghost is okay and received pets!