12 Of The Funniest YouTube Videos To Watch While Intoxicated

Sometimes you just need a good laugh. I've got you covered. 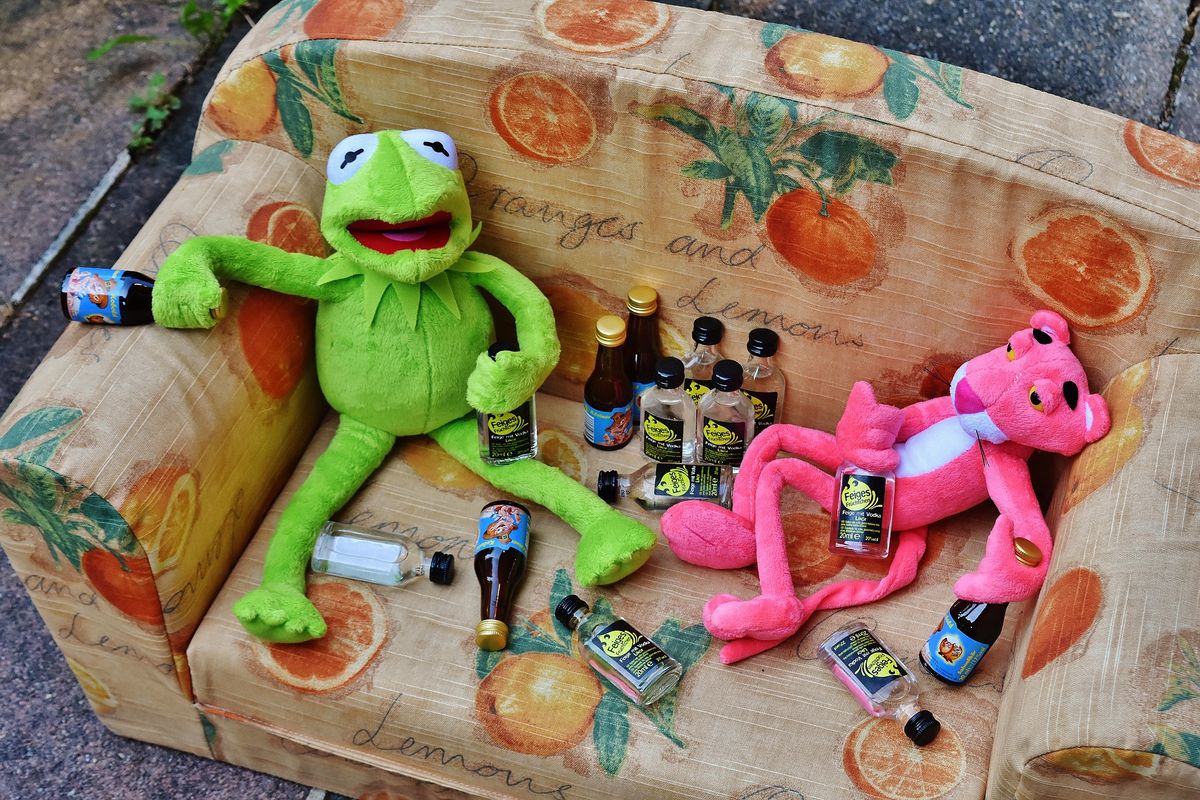 Have you ever found a YouTube video that was so funny you just had to share it with someone? I mean like gut-wrenching, fall-on-the-floor, pee-your-pants funny? Is it just me, or do those videos seem funnier when you're under the influence?

Well brace yourselves because you're about to see a ton of them. So light it up, chug it down, (responsibly and legally plz) and enjoy.

Okay so this video makes my best friend Jess and I pee ourselves almost every time we watch it. I currently have it open in the background of my computer and I'm laughing as I type this sentence. I am the dog in the plane, and she is the dog on the tooth. Classic.

My friend Corey found this video eons ago and we've been laughing about it ever since. Language warning, I guess. Apparently, a couple of friends thought it would be funny if they got their other friend high and recorded what he said. This video and the animation is the result of that experiment. Who knows how true that is, but it's fun to watch.

Okay so this one is just stupid but when you're drunk, it's hilarious. It might be a combination of the music in the background and the tone of the "narrator"'s voice, but it's funny as hell. My best friend Jess (from #1) calls me Mork. I call her Speggy n Merbles.

Okay speaking of mispronouncing things, this has to be one of my favorites. This one makes me think, because accents and syllables are weird. Also the last one is my favorite.

Everyone has seen this one by now, right? Right? It just gets funnier when you're drunk. EW LOOK AT IT GO.

WHY IS THIS SO FUNNY?! WHY DO I DIE LAUGHING EVERY TIME I SEE IT?!

This is one of those videos that's hilarious but also like, a bop? Again, it weirdly works. Also, whatever happened to the girl from Lazy Town? Again, language warning, I guess. It's Lil Jon, you honestly think there's not gonna be cursing? Come on.

Okay so at first I didn't understand what the deal with this one was, but apparently, in Richmond Park, where this video was filmed, those deer that that dog is herding are are protected wildlife. Those deer are owned by the crown or something like that, which is why Fenton's owner understandably freaks out when he begins herding them around the park.

I am this kid. This kid is me. I'm still laughing. Also check out this Harry Potter version.

This dog is actually trying to talk and I am so glad they recorded it for posterity and the Internet to giggle at. Close second place goes to this dog LITERALLY SCREAMING AT HIS OWNERS.

This category is literally so large that there has to be more than one video included. My personal favorite can be found here.

12. The History of the Entire World, I Guess

If you have 15 minutes, sit down and watch this. It'll blow your goddamned mind.

That should be enough to keep you guys laughing for a few days. Stay tuned next week for part 2!