What You Don't Know About the Ft. Lauderdale Airport Shooting
Odyssey
CurrentlySwoonLifestyleHealth & WellnessStudent LifeContent InspirationEntertainmentPolitics and ActivismSportsAdulting
About usAdvertiseTermsPrivacyDMCAContact us
® 2023 ODYSSEY
Welcome back
Sign in to comment to your favorite stories, participate in your community and interact with your friends
or
LOG IN WITH FACEBOOK
No account? Create one
Start writing a post
Lifestyle

What You Don't Know About the Ft. Lauderdale Airport Shooting 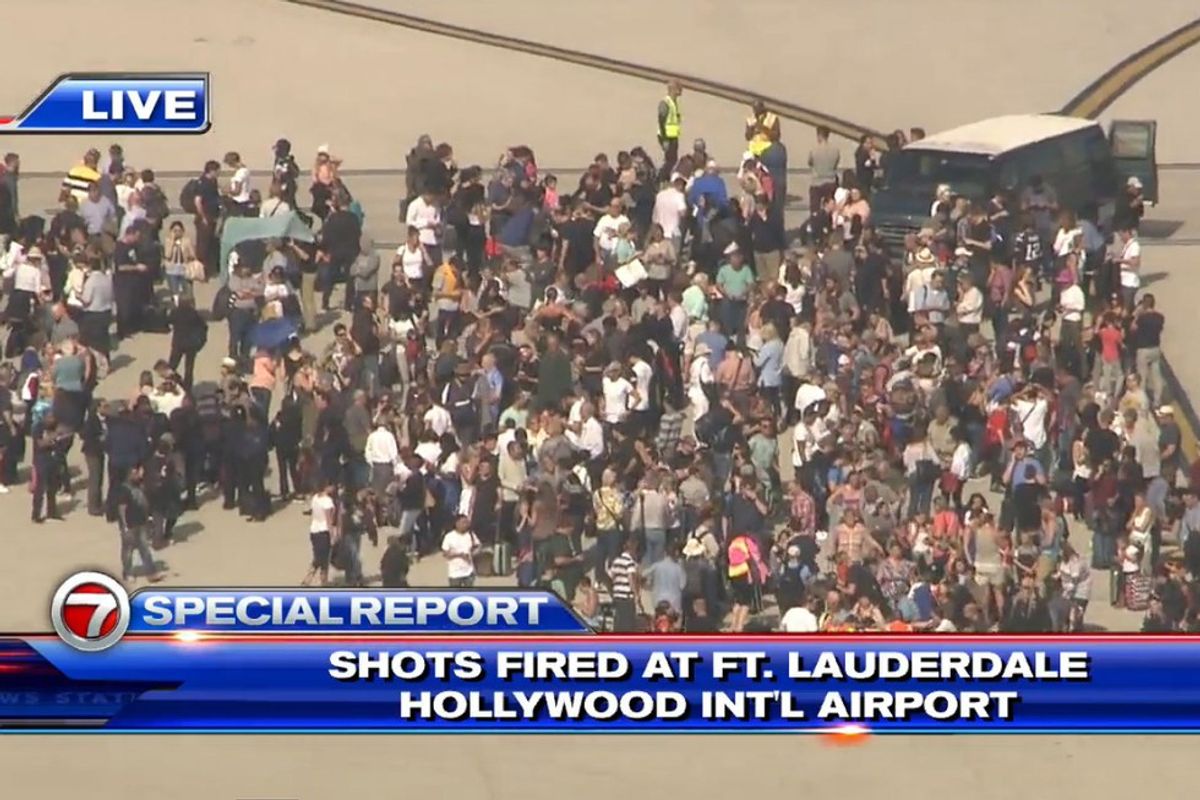 For the purpose of anonymity, the person interviewed for this article will remain to be referred to as the 'interviewee'.

On Saturday January 6, 2017 the Ft. Lauderdale airport was threatened as a shooter opened fire sending the terminal into chaos and people running to try to find safety. 5 people were killed, about 6 were injured, and the suspect was caught and taken into custody. Almost every channel you picked on the TV had emergency news coverage of the event, capturing the attention of the nation while many feared for the safety of their friends and family at the airport. However, while although the news media seemed to do a good job of telling the nation the truth about what had happened, it doesn't really match up with the eye witness account of a second shooter from one of my own friends that was present for the shooting.

I met with the interviewee just a couple of short days after the attack and questioned him on what happened. According to him, he and his family had arrived at the airport just about 15 minutes after the first round of shooting that occurred in baggage claim, the shooting that has been broadcast on news outlets nationwide. He says that officials had cleared the airport for travel seeing as the baggage claim shooter had been apprehended and taken into custody.

"We got through security [...] and made our way to our terminal. The part of my family that I was with was at a fast food restaurant to get some food because our plane was delayed."

Reports estimated that over 10,000 people experienced travel delays due to the shooting and many people were killing some time just as the interviewee and his family were. According to the interviewee, it was then that everything made another turn for the worse.

"We heard gunshots (there must have been 10-15 shots fired) and people screaming 'SHOOTER!' 'GET DOWN!' 'RUN!' We hit the ground and I got on top of [my family] and we started to crawl away from the sound of [the] gunshots."

According to this account, a nearby flight attendant started helping people to a nearby hallway through which people could make their way out of the terminal and onto the tarmac. He and the family that he was with made their way through the growing crowd in search of the rest of their group of family. Officials moved the crowds further away from the airport and it seemed to be clear to many that authorities were still in search for this second shooter, a shooter that news media has not reported about.

Their group was on the tarmac for 7 hours while officials walked around answering questions and searching for the second shooter. Thankfully, no one in his family were hurt. But the interviewee and his family are all angry that they haven't seen any reports concerning a second shooter and that news media is portraying the situation as if authorities have the "one and only" shooter in custody, while this family, and many others, know firsthand that a second shooter was involved.