The "Friend Zone" Needs To Stop

...all because an ego was damaged by the word "no." 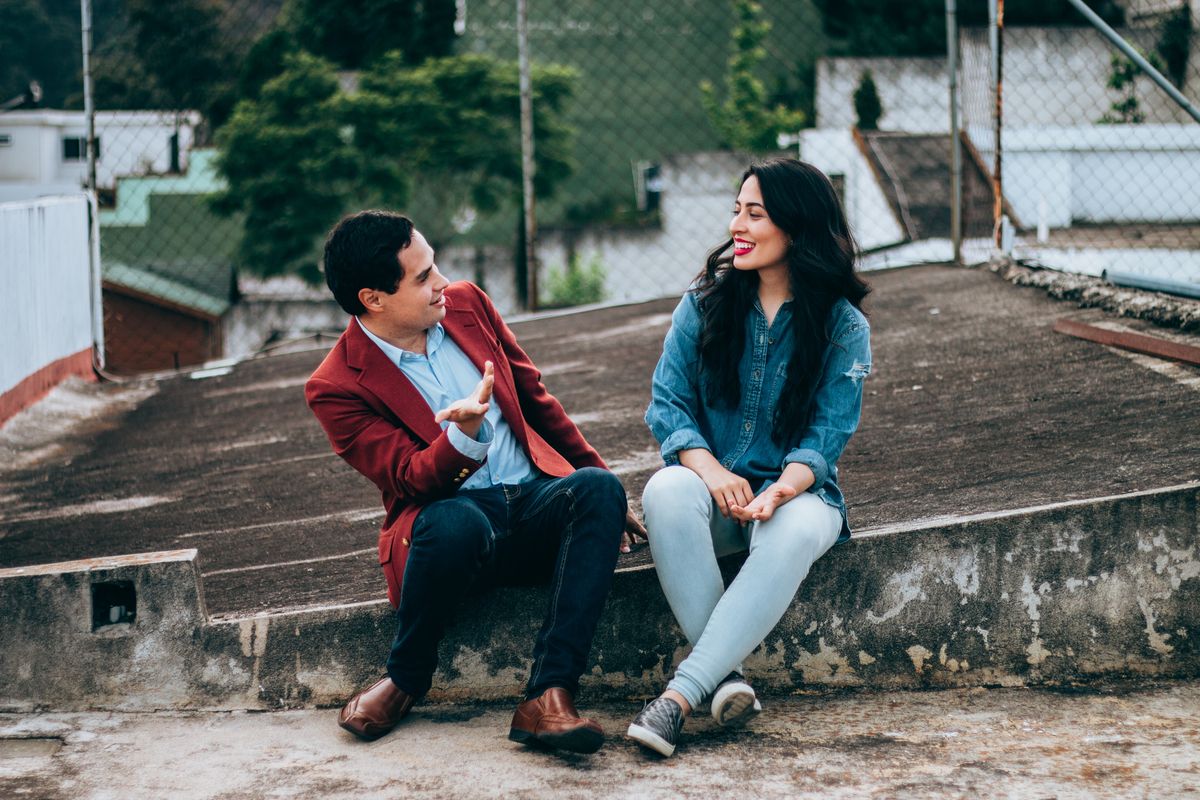 Since the pure inception of the United State of America, it was inevitably deemed a man's world. With the patriarchy set in stone, women knew no better than to obey the system that had been ingrained in them. Naturally, one would think that the patriarchy no longer exists; women have equal rights, and double standards were destroyed. However, this is far from the truth.

Every woman has faced a struggle at some point in her life, and women of color, unfortunately, have it the worst. I could go on and on about the many roadblocks and frustrations women go through, however I would like to touch on just one that affects the typical college female: the so-called "friend zone."

Being a young woman in college and having many cute, bubbly female friends, it seems as though we all somehow go through the same trials and tribulations, especially when it comes to boys. I am here to crack the code!

So first things first: I am not anti-male, neither are other fellow feminists. For some reason I also feel compelled to reiterate this as well: we just simply want equality, okay?

Anyways, as women we go through individualized struggles when it comes to the guys we interact with, yet each story can easily be understood, because chances are someone else went through something similar to it, which is funny and sad at the same time. However, I want to draw attention to the dangers of the friend zone, and how it just simply shouldn't be a thing.

The Friend Zone: a term that is not gender-specific, although most commonly used between a heterosexual male-female partnership. When a male is attracted to a female, yet the female's feelings are not mutual, therefore the male is now friend-zoned. Basically, an imaginary place made up by someone who thought simple human decency warranted them sex from women.

It makes sense (I guess?), but also at the same time is a stupid and dangerous concept, to be frank. Almost as if being just friends with a girl is a burden because she didn't give you want you wanted (... and I will just leave that at that).

As a young woman, it's crazy to me that some of the men we engage with have other hidden motives behind the front they put on to somehow win us over. Manipulative behavior surfaces from the idea of men thinking they can easily get what they want if they "play their cards right." Therefore, the dangers of the friend zone present itself when personal attacks against the female take place, all because an ego was damaged by the word "no" or "no thank you" or "I'm not interested."

Arguably one of the most powerful words that can leave our mouths, yet it is still not respected enough as it should be. The friend zone sabotages the authority and importance of consent; "No." is a complete sentence. Just because we aren't interested doesn't necessarily mean the guy did anything wrong, we just aren't interested! It's not always a personal stab, my dudes.

It's also crazy to me how mentally strong we have to be. If we aren't, some of this trivial nothingness could do some serious damage. Women have been taught to stay in a box, to not step on toes, to not voice their opinions, to not express their feelings when they are disrespected. But listen up ladies: you are never too important to be nice to absolutely everyone you meet.

That seems harsh, but if you feel disrespected by a boy, please by all means do not be afraid to effectively tell him so. The harsh comments that may follow and the potential slander truly does not define who you are as a person. This is why knowing our value and worth is so crucial so we can let situations like these roll off our backs. Take pride in your strength to stick up for yourself regardless of the look the person has on their face.

On a more positive note, a lot can be learned from strictly platonic relationships believe it or not; it's natural and healthy to have these types of relationships as well. So, instead of getting defensive and mad when turned down, this could be a wonderful opportunity to cultivate an actual friendship with a member of the opposite gender.

Figure out who they are as a person, why they act the way they do, what influences helped them become the person they are today. There is so much knowledge to be gained from everyone; just because you took your shot and it was declined, doesn't mean that it has to be the end of the entire potential relationship. However, no relationship has permanent boundaries, so taking this route is also a very effective way of turning a platonic relationship into a romantic one too, fellas!

Humans in general just want to be loved, respected, and understood. Not everything is about the one hook up; there can be endless days and nights full of lifelong memories if you approach the person properly. Oh the bounty of fulfilling gifts that come from being a decent person!

It's time to reject this social construct that perpetuates the idea that platonic relationships aren't beneficial. It's time we all start to expect more from everyone we interact with. It's time we start respecting and loving each other as much as we respect and love ourselves, which hopefully is a lot! So guys, shoot your shot and don't get discouraged.

And ladies: there are plenty of fish in the sea. Don't let one hurt ego hurt you even more.