For The Best Friend On The Other Side Of The Country

For The Best Friend On The Other Side Of The Country

They say if a friendship lasts for seven years, it will last a lifetime. 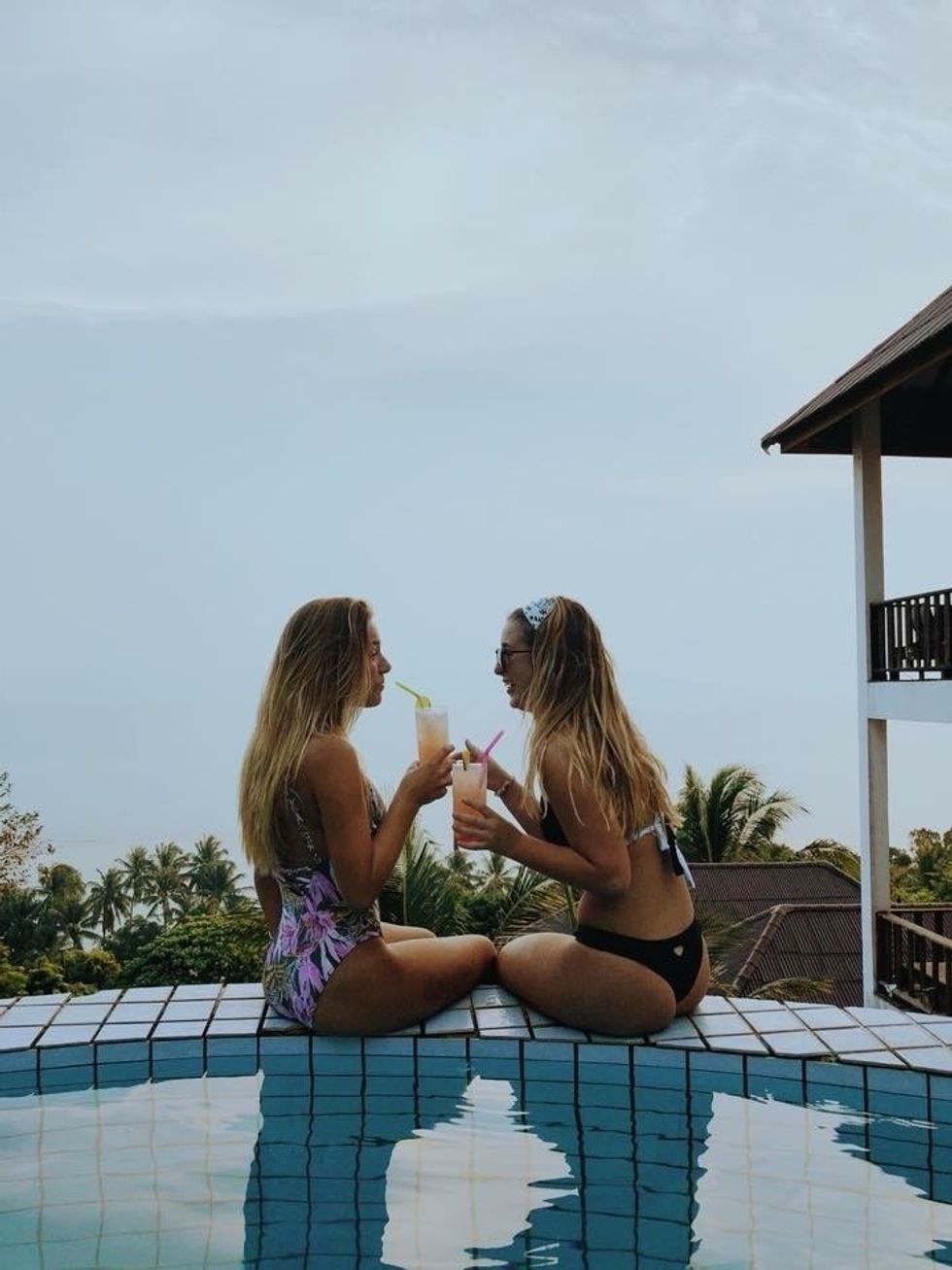 There's something special about a relationship that can be maintained long distance and over a long period of time. I guess you could call it a low maintenance friendship, you know, the type of friend that doesn't require a text a day to know she is still your best friend.

You won't see each other for years but when you finally do, it's like picking up right where you left off.

I've only had one of these so far, in my 21 years of life. My best friend lives on the opposite side of the country and we've only seen each other three times in the past seven years. Life is crazy, everyone is busy — work and school get in the way and plane tickets can be expensive. But let me tell you, those three times we had, were the best of times.

The first four years after my best friend moved, went by fast. The last time I'd seen her we were just kids- young, naive sophomores in high school. We'd each barely had our first kiss, and we were still shopping at Aeropostale. Four years later she told me she was coming to visit, so I went to pick her up at the bus station, having no idea what to expect after all these years apart. She came sprinting out of nowhere.

We embraced each other, screaming, jumping and falling over like idiots at the Peter Pan bus station. Nothing had changed, not one thing. We were the same best friends we've always been, reminiscing on the same funny stories, and doing all the same things we used to do. Except now we had 10 days to catch up on the past four years of our lives.

After her visit, I wouldn't see her for another year and a half. In our wildest dreams, we could have never predicted where we would reunite. I was abroad in Australia and was preparing to travel to Thailand in a few days. I got a call out of nowhere.

"Hi! Where are you going to be next week?" my best friend asked.

"Next week is my spring break..." she paused, "Where in Thailand are you going? We've always wanted to go there?"

After I told her my plans, she hung up, saying she'd call me the next day.

The next day came and I got a call which concluded in a lot of screaming and excitement. My best friend had spontaneously booked a flight to meet me in Thailand. Thailand. I could not comprehend what had just happened. We had dreamed about this as kids- traveling the world together, being spontaneous and never looking back.

A week later we were sitting on the edge of a rundown infinity pool off the coast of Thailand, looking out as the sun had just dipped below the horizon. We sat there and listened to music while our boyfriends bonded over Chang beer and having crazy girlfriends.

Life has a weird way of bringing people together at the weirdest of times and in the weirdest of places. Not that Thailand was weird, it was just, what we always called it, a pipe dream, a number on the bucket list.

I don't believe long distance friendships are impossible, I actually believe the exact opposite. If you are meant to be friends with someone, your life will bring them back to you at one point or another.

Related Articles Around the Web
long distance
Report this Content
This article has not been reviewed by Odyssey HQ and solely reflects the ideas and opinions of the creator.