Political Debates and Freedom of Speech

Freedom Of Speech On College Campuses Is Important, But So Is Knowing Who You Might Offend 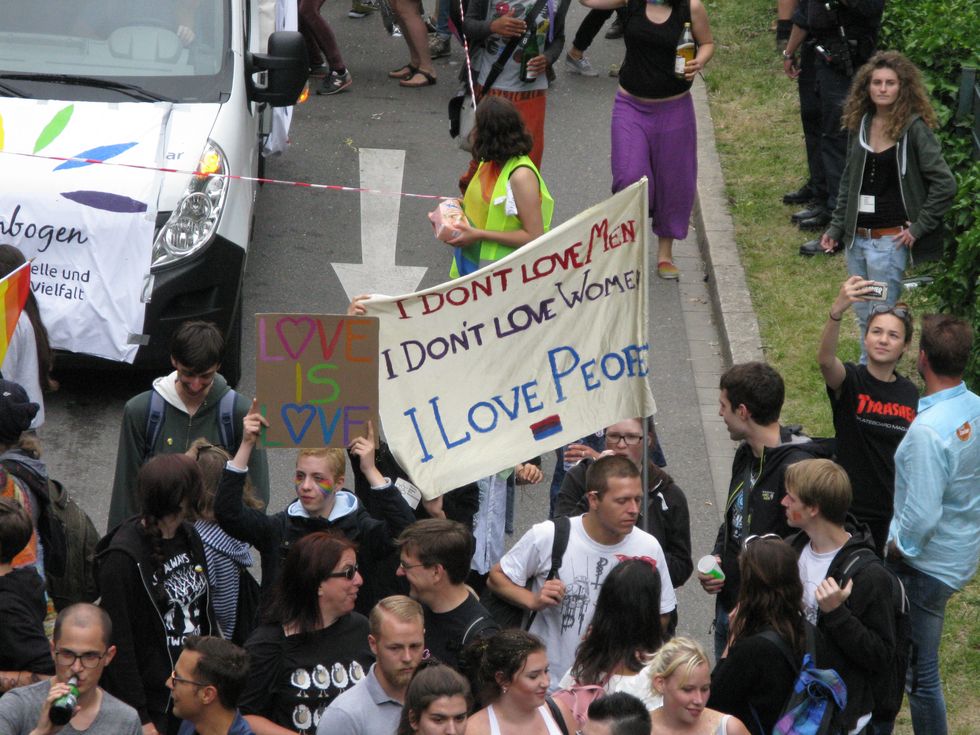 Let me begin by saying I'm about as liberal as they come. I attend one of the most liberal colleges in America. Still, I'll listen to whatever you have to say because I value others' opinions just as much as I value my own.

Listening to people who disagree with me only further validates my own beliefs, at least it does most of the time and I don't mean this sarcastically; rather, hearing out the people whose views oppose mine simply reminds me that I'm right and you're wrong. JUST KIDDING. In all seriousness, I enjoy having conversations with conservatives. It's a fun challenge to debate important issues and come to a reasonable understanding.

Sometimes though, it is impossible, and I mean impossible to see someone else's perspective. Recently on my college campus, a few individuals caused an uproar when they began yelling offensive statements about various peoples' identities. Holding a sign that read "Ask me why you deserve hell," one woman listed off people she thought were worthy of the abyss, particularly homosexuals, drug users, atheists, etc. YADA YADA YADA. This woman made my day.

YOU HAVE EVERY RIGHT TO EXERCISE YOUR FIRST AMENDMENT RIGHTS.

And I know it might be hard for you, but I believe you can do that without making yourself look like a total loony who doesn't respect another person's right to live their life.

This woman on my campus obviously wasn't willing to compromise. She came to our quad, spewed offensive discourse, and deserved everything that came after. In response, students said nothing. Rather they demonstrated how they felt. One student began dancing inappropriately in front of her, causing the crowd to cheer in support of his identity and ability to be himself. Another took a more savage approach by simply lighting a joint in her face. Can I just say...I love college.

By all means, come an share your opinions and beliefs at our school. I will not yell at you or throw food at you, no matter how much I think you deserve it. Conservative speakers in the past have tried to share their rhetoric, and personally, I wouldn't mind listening. Other liberal students, however, wonder why such speakers feel the need to come to our campuses...we exist on the opposite end of the political spectrum. What do you have to gain from sharing your conservative views here? I'm simply curious.

I'm not a Berkeley student. No violent riots have erupted on my campus recently from political disagreements, as far as I know of. In 2017, my campus witnessed a nonviolent protest when Ben Shapiro came to speak. Strategically, students RSVP'd to the event, but since the event was free, they didn't show up, making Shapiro's audience much smaller than anticipated. But was this really a strategic move? NO. THIS IS WHAT CONSERVATIVES WANT. By limiting Shapiro's ability to deliver his speech, liberals appear to be undemocratic and anti-freedom.

We must be okay with hearing out views and opinions that differ from ours. We are college students. We should welcome the challenge rather than run from it. No one said it's easy and no one said a compromise or understanding will be met, but politics isn't about silencing the other side. We are all human and individual opinions deserve respect.

Still, just as any one person has the right to speak, another individual has just as much right to not listen. I'll listen, but I may not agree. FYI, but that's okay. Freedom of speech is okay. Not listening to you is okay. Being intentionally and blatantly offensive is not okay.

This is not a debate over how politically correct Americans should be. That's a whole new conversation. Speak your truth, just be mindful about it.