In response to "The teens on Tumblr are all right." 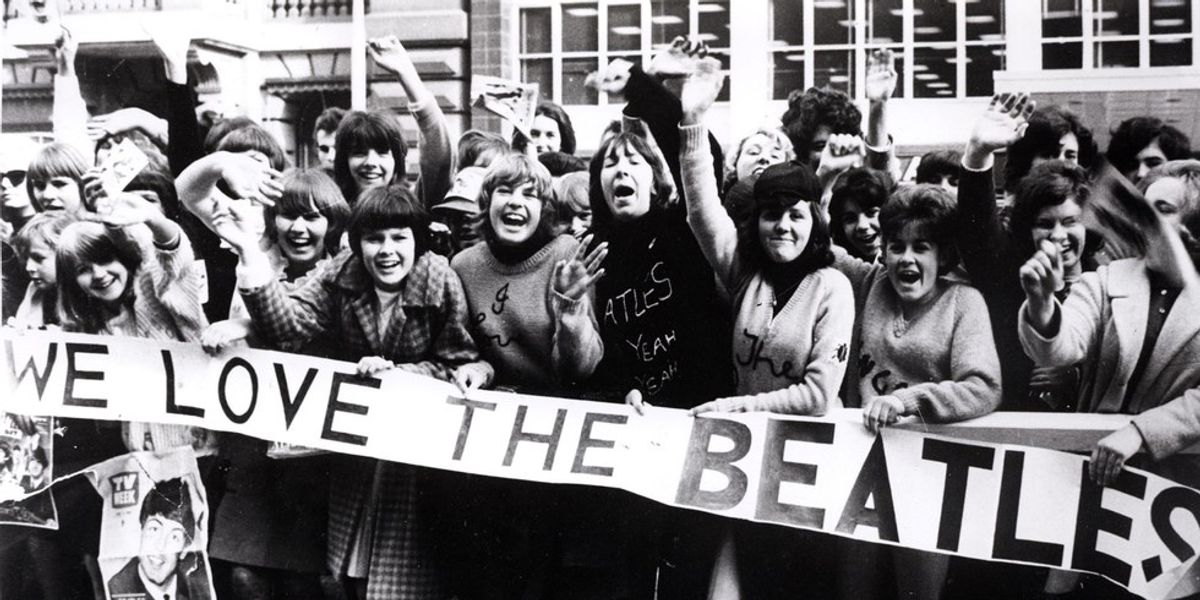 “The teens on Tumblr are all right," an article written by Aja Romano for The Kernel, is teeming with brilliance and insight, that is, if you can bare to spend five minutes considering the opposing train of thought offered as well. The whole premise of the article is to bring to light the way that teenage girls, especially fangirls, are treated. A fangirl is, for those not in the colloquial know, a girl who is a fan of something. Go figure, right? The concept of a fangirl is not a new one, and it's definitely not just girls who are "obsessive" fans, but it is generally teenage girls who face the most opposition for being an "obsessive" fan.

The author is responding to an article from the "Washington Post" about why fangirls scream, in which the comments were full of ignorant, sexist and altogether dumb statements. She talks about the “litany of men” who are often trying to explain and rationalize this “bizarre” behavior in teenage girls, and how the author of the article she was responding to had even said that “male behavior at a sporting event is ‘very similar’ to the screaming that takes place at a One Direction concert," yet no one cares about finding a cause for why men act similarly, only women and girls.

Romano brings up multiple points of how fandom culture is a positive thing in a young girl’s life, citing the many charitable organizations that have developed from fandom culture, such as the Project For Awesome, in which people from all over the world create short videos about a certain cause that they hold dear to their hearts, and upload them to YouTube so people can donate. Romano sums this up by saying “Sure, teens are screaming at pop concerts, but they’re also engaging in activism online and off - to an unprecedented degree.” Without young people who are eager and as filled with passion and excitement as fangirls are, how successful would these organizations really be?

Romano cites a "GQ" article saying “Teenage girls continue to be one of the world’s prime targets for being held up as a social example of something alien, foreign, and overtly sexualized, a writhing primordial mass of orgiastic emotions waiting to be tapped by adult men who treat their identities as a bizarre spectacle. Witness last year’s enraging GQ article on the One Direction fandom, which referred to the collective energy of a 1D concert as ‘a hormone bomb’ and described the girls themselves as ‘a dark-pink oil slick that howls and moans and undulates.'" Romano’s main point of bringing all of this up is to shed light on the problem, and to try to get people to realize that teenagers are just like everyone else, albeit a little bit younger. It’s rude, ignorant and naive to look down on them, and just plain gross to sexualize them.

I think that Romano should be heralded for writing this article. Everyone wants to ostracize the teenage girl and make her feel like she doesn’t belong; Romano, while taking a stand for girls themselves, is also taking a stand for the things girls believe in and love. The ideas she presents in this article are so important, not only to me, but to the millions of teenage girls out in the world who see these reactions and think that it’s not okay to like One Direction’s music, or that it’s shameful to, God forbid, feel anything sexual towards the actual members of the band. That’s ridiculous in and of itself because it’s basically saying that young girls can’t feel sexual, they can only be sexual. It doesn’t even make sense, it’s backwards. Every teenage girl, or boy, for that matter, needs to know that it’s okay to like or love what they like or love, and that it’s okay to pursue that which they are passionate about, whether it’s Star Trek or football or painting or One Direction. I agree wholeheartedly with everything Romano is saying in this article.

I want my work to help people, especially young girls like me, to know that it’s okay to be themselves, and if being themselves means screaming at the top of their lungs while 20-something-year-old boys hip-thrust on a stage, then I say by all means go for it.

Romano sums up the point of her essay beautifully when say says "The truth is that teen culture is not homogenous - and neither is fangirl culture. Teenagers are complicated and complex, and they behave differently in different contexts. The average teenager who goes to a 'Five Seconds of Summer' concert and screams her head off is actually capable of writing an essay on the political situation in the Gaza Strip the next day. She’s capable of liking Taylor Swift and disliking heels, of deploying a Twitter hashtag or helping out a charity drive, of loving Twilight and hating 'Fifty Shades of Grey.' She contains multitudes." Teenagers are three-dimensional, but beyond that, they’re human beings. It’s about time we started treating them like they are.

Caitlin Marie Grimes
University of South Florida
10004
Beyond The States