4 Reasons Why 'Moonlight' Is A Film To Look Forward To

Why you should be excited about Barry Jenkins' next film. 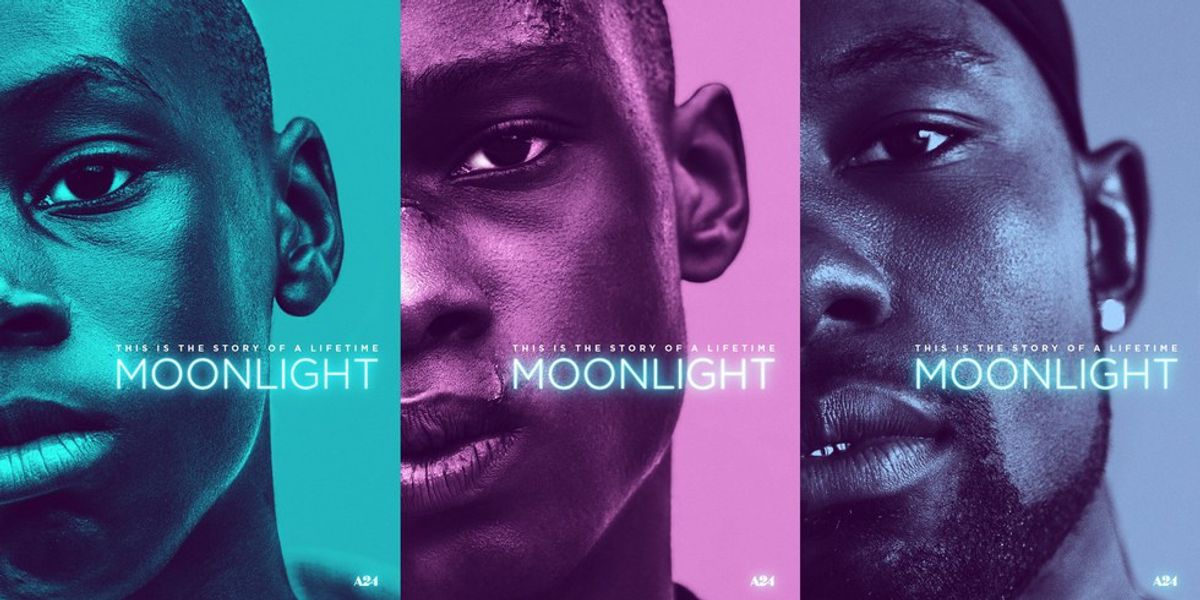 On Aug. 11, A24 released a trailer for one of its upcoming films. That film, scheduled to be released on Oct. 21, is called "Moonlight." It's less than two minutes long, but it packs a lot of detail in that short amount of time, and it raises a lot of questions. Those two minutes have me excited, for reasons both about and surrounding the film. Here's why I will be buying a ticket to this film come October:

That might not seem like a big accomplishment, but in the age of #OscarsSoWhite and unequal representation across the entire industry, the fact that this film is already highly anticipated and will experience its premiere at the Toronto International Film Festival is an exciting step in the right direction. It stars Naomi Harris, Trevante Rhodes, André Holland, Mahershala Ali and Janelle Monáe. The film is based off of a play, "In Moonlight Black Boys Look Blue," by Tarell Alvin McCraney (who also wrote the excellent "In The Red And Brown Water," which I got to see performed at SUNY Purchase last year). McCraney is credited with writing the screenplay, and Barry Jenkins is directing, which is exciting because...

2. It's a film that deals with a deeply stigmatized subject.

Jenkins' directional came in 2008, with "Medicine for Melancholy," a film about two African-American 20-somethings living in San Francisco, who have a one-night stand and try to connect the next day. The film was centered on issues such as class, race, the rapid gentrification of the city and their own identity. It was a big success when it premiered at SXSW that summer, and it currently has an 83 percent approval rating on Rotten Tomatoes.

"Moonlight" deals with a something a little more heavy. The synopsis on the film's website reads:

"'Moonlight' is the tender, heartbreaking story of a young man’s struggle to find himself, told across three defining chapters in his life as he experiences the ecstasy, pain, and beauty of falling in love, while grappling with his own sexuality.

Anchored by astonishing performances and the singular vision of filmmaker Barry Jenkins, 'Moonlight' is a groundbreaking exploration of masculinity — a sensual, intoxicating piece of cinema that uncovers deep truths about the moments that define us, the people who shape us most, and the ache of love that can last a lifetime."

This is a love story about the toxicity of masculinity, growing up black, and being who you're destined to become. Gay love stories are becoming easier to depict and discuss, which is great! But a gay love story about African Americans is hard to find, and those relationships should equally be welcomed and celebrated, not stigmatized. As a straight, white man, I'm never going to understand or experience the kind of suffering and hardships that Chiron (the main character) has had to face his entire life. But the key to understanding is to learn, and I have a feeling "Moonlight" will have a lot to teach me.

3. A24 has a history of producing good/important films.

Since it was founded in 2012, A24 has essentially been the place for impossible independent films to be made. But since the exceptional successes of many of their films, such as "Spring Breakers," "Under the Skin" and "Ex Machina," the company has proven that good stories can be possible and profitable in mainstream Hollywood.

A24 has been having a very good year as it is — they're scheduled to produce and release 17 films in 2016, six more films than last year and the year before, and they've enjoyed a string of critical and box office successes ("The Witch," "Green Room," "The Lobster" and "Swiss Army Man" among them) — the studio is becoming the most trusted producer in the indie movie industry. And with a range of films like theirs, with a high level of diversity both in front of and behind the camera, there is hardly a better pairing for this film than with this studio.

I don't know much about Barry Jenkins as a director, but if the trailer is any indication, then he must have an incredible eye. The cinematography on display is beautiful, with a focus on cooler colors and centering, like a less flashy Wes Anderson. The actors are all top notch. "It's not what I expected," Kevin, Chiron's friend and romantic interest, says at the end of the trailer. "What did you expect?" Chiron asks him. He's asking you, too, and it can only benefit you to find out.

"Moonlight" will premiere at the Toronto International Film Festival, running from Sept. 8–18 and will be released nationwide on Oct. 21.