Despite the fact that the majority of us can't cook 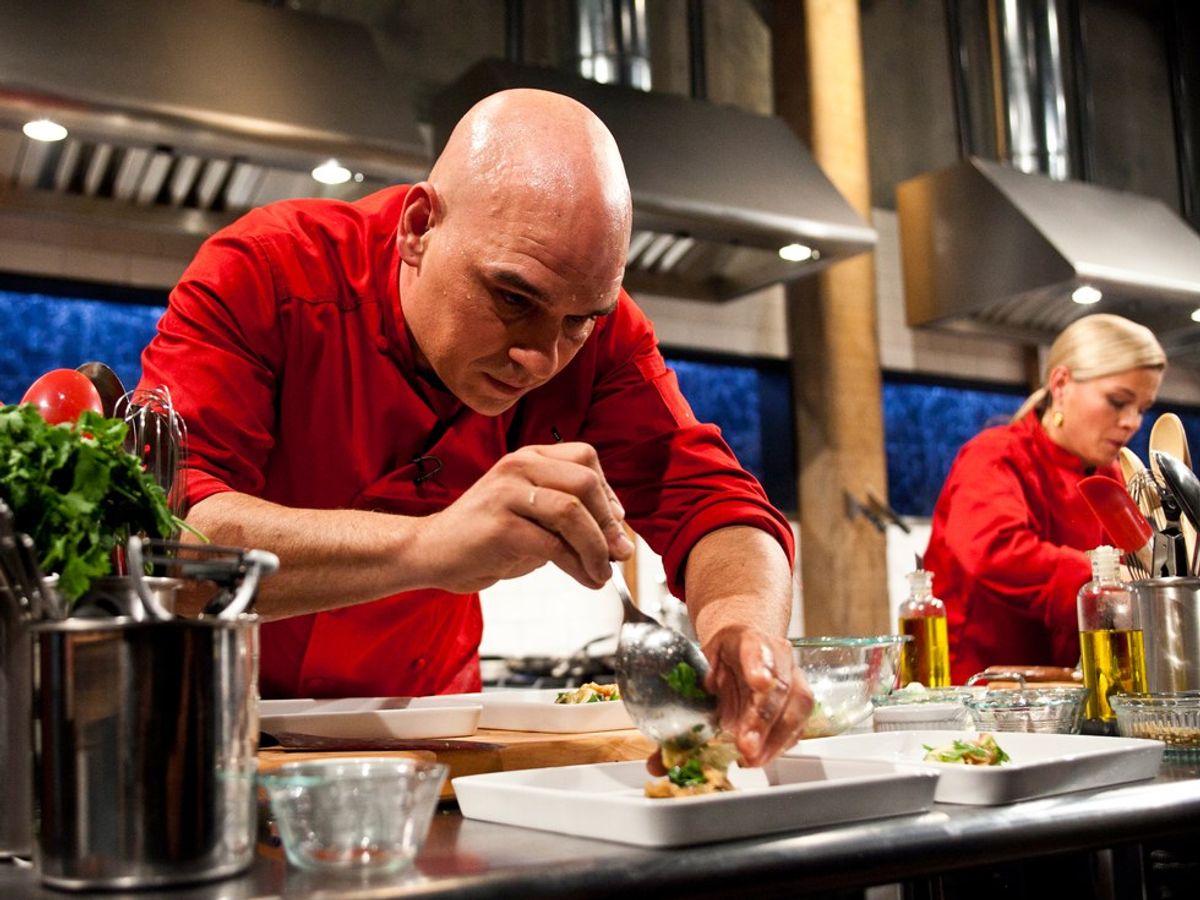 Let’s start off by talking about how wonderful Food Network really is. From cake competitions, to challenges with elementary-aged kids, and so much more, there is never a dull show. My personal favorites are the ones that leave the experienced chefs so confused that they almost forget how to cook “simple” dishes.

No matter the show, I have found that each one represents an aspect of college life and I highly encourage students to watch all of the following:

If you have never seen this show, you need to go watch it right now. It is a hilarious battle between four chefs who are given $25,000 to buy sabotages for the other competitors. Each round humiliates one or more chefs by forcing them to wear a ridiculous costume, cook without utensils, surrender their ingredients, or take on some other evil task that is thought up by the show’s host. In a way, the host is like all of our college professors who sometimes pile assignments and tests onto our already busy schedules. Just like the chefs, we don’t find enjoyment in the sabotages that are doled out to us, but we learn to suck it up and adapt quickly in order to make it through each week. Sometimes you just have to accept the fact that you look like a fool.

Similar to Cutthroat Kitchen, Chopped surprises the contestants and forces them to think quick on their feet. Each chef is provided with a basket of ingredients that must be used to make an appetizer, entrée, or dessert, and these ingredients tend to be a little strange. College students, just like these chefs, have to B.S. their way through things in a limited amount of time and hope that it turns out alright in the end. At the end of each round, when someone is “chopped”, it’s the equivalent to failing a test or being cut from a team, making the show even more relatable and giving you all the feels.

For starters, the title could basically apply to all college students. The ramen, pizza, and PB&J college diet would definitely put us near the bottom when it comes to cooking skills, and thus, we might just be some of the worst cooks. The ordinary people that are chosen to participate in this show (recruits) are incredibly relatable, because how many Americans actually know how to cook an entire seafood dinner without a recipe? The amount of cooking techniques, terms, and recipes that are thrown in the recruits’ faces during each show mimic a fast-paced college course in which you understand everything one minute, and the next everything is on fire and you’re lost. In addition, college is a competition of sorts where you’re just trying to be better than the person next to you. At this point, you’ve accepted that you might be really bad at something, but you still give it your all to not be the worst.

Bobby Flay is a celebrity chef and restaurant owner that stars in this show as the “one to beat.” Bobby is essentially the kid in your lecture hall that knows every single answer and gets flawless grades, making you slightly envious of him or her. Therefore, every class is like a competition of trying to beat Bobby Flay, complete with using foreign ingredients and making signature dishes. If you're lucky, you'll do better than the teacher's pet. If not, you'll once again have to accept that others are smarter than you.

Cake Wars and Cupcake Wars are like the never ending group projects in school. The difference is that the competitors on these shows get to choose their partners, while you tend to be stuck with the group of individuals that never want to participate in anything. The hosts of these shows give out a variety of specific tasks and regulations, just like professors, making it close to impossible to finish every part in time for the big presentation. As students, we wish our homework involved cake, so we'll have to live vicariously through these shows for now.

Hungry yet? Go check out Food Network for more shows and hilarious competitions that will make you say "That is literally me."