And it's a great place for Florida natives to visit, too! 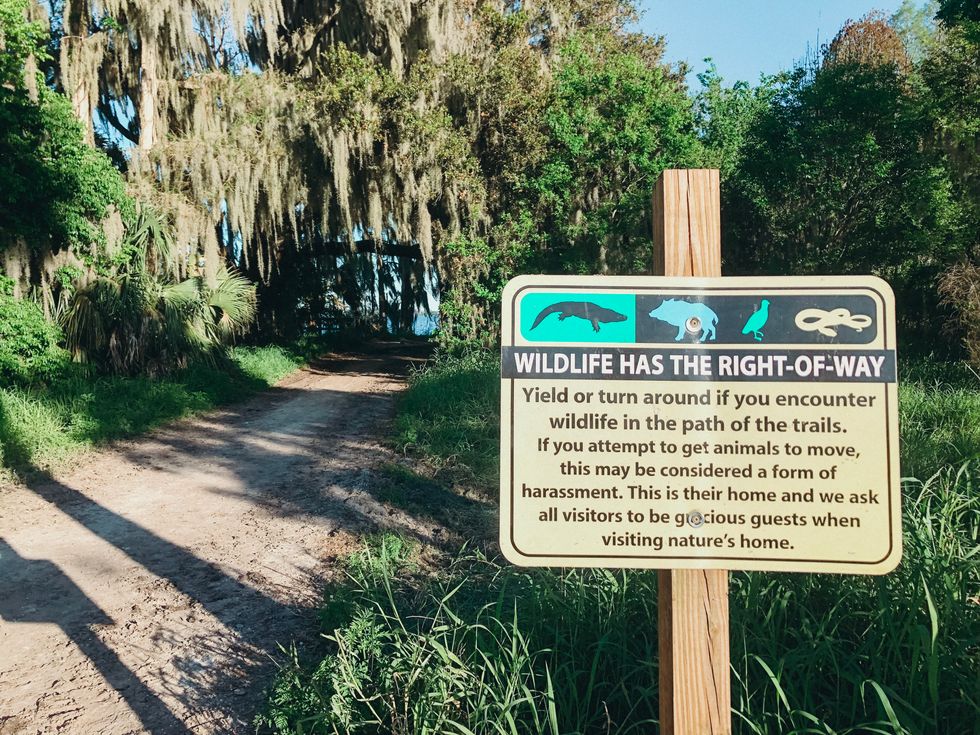 One of the things I took for granted before moving from the Sunshine State is the great amount of wildlife that can be encountered so closely to where people are localized. I love returning to my "homeland" because I become nostalgic and because a heightened appreciation constantly grows for the place I consider home. While my deep love for Florida wildlife may slightly bias my opinion, I think that Florida is one of the coolest states for viewing wildlife, as animals are fairly active year-round.

I recently went to the Circle B Bar Reserve in south Lakeland, Florida for the first time. This nature reserve is one of many in Polk County, and its recent claim-to-fame was thanks to a viral video of a massive gator, nicknamed "Mr. Humpback" by frequent park-goers, walking across one of the trails. I had vague hopes of catching a glimpse of this seemingly-prehistoric beauty, but I figured the odds were small, as the ranch is composed of 1,267 acres. However, I also knew that, being in central Florida, the odds of seeing an alligator were high, especially down the trail aptly named Alligator Alley.

What I didn't expect when I got to Circle B was the overwhelming natural beauty I encountered at every turn of every trail. I was so in awe at the wild serenity that surrounded me — all I could do was take pictures and soak it all in. Wildlife for viewing was not sparse, either. As soon as I stepped onto the trail I was met by all sorts of bustling animals, including great egrets and great blue herons. I soon saw osprey flying high above the treetops and out over the lake in what seemed to be a hunt for food, bald eagles tearing through the blue sky screeching and fishing, and other birds basking in the setting evening sun. After doing research and looking-up different animals, I've composed a list of those observed on my hike: great egrets, sandhill cranes, great blue herons, bald eagles, osprey, alligators (I saw 5!!), squirrels, bob head quail, white ibis, red bellied woodpeckers, ducks, turtles, and others that I was unable to identify.

An alligator and an unidentified bird.Kerrington Maner

Another thing that struck me unique about this nature reserve was the way that it remained seemingly untouched by man, serving as one of the rare truly wild places left in the world. For example, I was walking along the trail when, further out in the marsh, I heard a splash and a deep bellow. Spinning around to find the source of the sound, my eyes landed on an alligator shaking its head in the water, gobbling up a quick snack or meal. In all my time spent alligator-watching growing up, that was the closest I'd come to watching an alligator catch prey in the wild. In yet another part of the trail I stood still, allowing myself to be engulfed in the sounds of the different birds and animals — it was one of the coolest, most natural experiences I've been able to witness.

As a Lakeland native, I can assuredly say that my short time spent at Circle B was some of the most fruitful time I've spent on a nature reserve. Wildlife was present in all different forms, and the scenery was simply stunning from every angle. If you ever get the opportunity, I urge you to give Circle B Bar Ranch a chance — it's free to the public, easily accessible, and worth every minute spent there.