5 Things You Should Do This Election
Odyssey

5 Things You Should Do This Election

There is more to the election than the president. 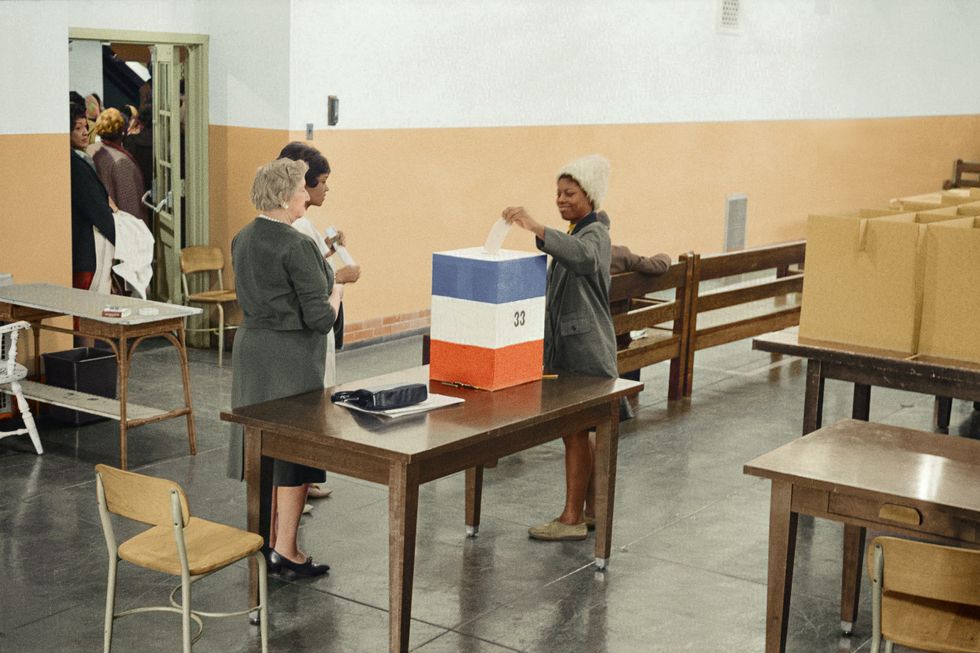 Photo by Unseen Histories on Unsplash

When we hear about the upcoming election the discussion is mostly focused on the presidential race, however, there's more to the election than the president. Depending on what state you are in, some of the senate and local office elections could have a greater impact on your community than the president. So, we need to find out who those candidates are, what are their platforms, and decide which one to vote for.

While the presidential race is the most important part of the upcoming election, there are several other positions up for grabs that are very important as well. Also, constitutional amendments that are on the ballot can have a big impact on your community and are equally important to understand and vote on. Voting is an important part of our democracy and as a citizen, it's not only your right but your duty to vote in the elections. But it's important to make an informed decision because your vote can have a big impact on the future depending on who you voted for.

1. Understand who and what you are voting for.

We must do our research before the election to find out who is on the ballot and what bills/amendments are going to be voted on. We should research each candidate and see what their platforms are and decide if their values and positions follow what's right, and make our decision accordingly. Sometimes your local newspaper can be a good source for information on the candidates and the amendments up for vote. Local papers tend to be more fair and balanced, not leaning toward one party, than national news outlets which are very partisan. It's important to look up both the bills up for vote and the candidates before the election to make an informed decision.

A good resource of information on 2020 election candidates and constitutional amendments, also known as ballot measures, is Ballotpedia. They have a list of ballot measures by state, where you can read about these amendments and what they aim to change. In Florida for example I found out that Amendment 1, which is listed as a measure stipulating that only U.S. citizens can vote, can be used as a means to suppress votes. Besides, it is really not needed because the law already says that only American citizens can vote. The same amendment is on the ballot in other states as well. The bottom line is that as a citizen you need to make an informed decision and that requires taking the time to look things up.

2. Do not blindly follow the party you are aligned with.

Sometimes we might find a candidate that's not from the party we support, but that has views that we align with. They might be even better than our party's candidate. That is another reason why we should find out what the candidates are supporting and if they aspire to the American values of justice, freedom, and equal rights. Blindly voting for candidates that are aligned with your party is not in our best interest or the best interest of the American people.

These days we have a lot of resources that can help us make informed decisions and we should use them. We must understand that there are bad apples from both parties, so we need to weed those out. Just because a candidate has a specific party label does not mean they live up to what that party stands for, or what we expect them to.

This year will be especially challenging because of the coronavirus pandemic. Accordingly, we should prepare to vote early in order to avoid getting stuck in long lines or worse yet missing the deadline. Also if you are able to vote early you will give a chance to others who may not be able to make it early, to have a chance to vote too. We also need to be aware of possible deadline changes in our state resulting from the pandemic. I found information about Coronavirus changes on Ballotpedia as well. This all highlights the need to make your homework and research things now in order to be prepared. I heard that in some areas they were cutting down on the number of polling stations, closing several up, which limits the number of places people can vote in. This will for sure cause delays and backups, so going early might make the difference in your ability to vote there. In addition, any attempts of voter suppression will likely be pushed to the last minute, another reason for voting early.

4. Watch out for voter suppression and call it out.

There have been several instances in the news lately about possible voter suppression attempts. From closing up polling stations to the removal of ballot boxes, and even setting up roadblocks to make it difficult for people to vote. These are all very concerning and need to be reported immediately, so they can be exposed and stopped. Voting is one of the fundamental rights that we have and we should stand for it as strongly as we do for the right to free speech. When citizens are aware of this possibility and report it accordingly we might be able to prevent it from happening.

I've heard a lot of people say their vote doesn't really count or will not make a difference, but that's an inaccurate perception. Some elections that are very close can be won on a handful of votes difference or even less! So do not underestimate the power of your vote. In addition, it's everyone's vote that adds up to make the candidate or amendment win. As a citizen, it is not only your right but your duty to vote, so do not be one of those deadbeat citizens. Election results have an impact on your everyday life, so don't you want to have a say in it?

There is a history of apathy in American elections, especially among younger voters. Let's change this history and make our voices and opinions heard, and have value. In the U.S. a lot of us take this right and duty to vote for granted, but many people around the world do not have this right and wish they could vote or influence their government's decision making.