Five Things I Would Ask the Democratic Candidates

In short, what kind of country you want to run? 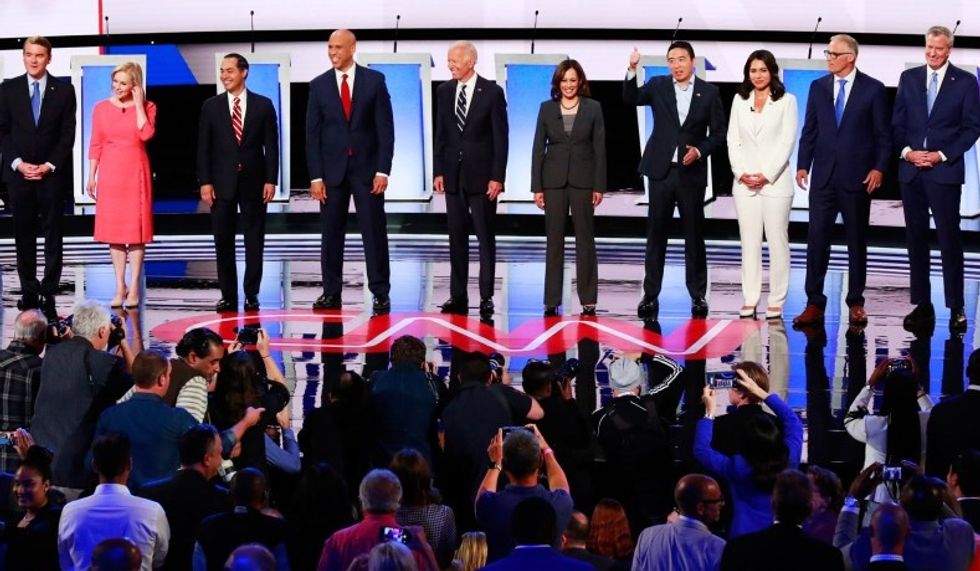 In the United States, there's nothing more fascinating than watching a debate as if it was a communal affair. I find myself trying to discuss politics with my ever more cynical parents, mentally taking notes on who has the best policies, while noting who had the best quotes to share with my friends.

If you haven't noticed, the United States' presidential elections can go on for as long as a year and a half. Though the actual election doesn't take place until November 2020, and we won't have the Democratic candidate until that August, the hype on who would be the candidate is still at a fever pitch. In fact, this fascination came to the point where this summer already featured multiple debates featuring all twenty possible nominees throughout two nights. While the board has reduced down to ten, it still leaves a lot of room for discussion.

Like all debates, it features questions on the main topics, such as with health care, immigration, economics, climate change, and foreign policy. Questions on whether to evolve from the status quo, or to burn and make everything anew. And here are a few questions which I hope could strengthen this conversation and provide a clearer idea on where some of us want the United States to go:

What does patriotism mean to you, and how will that guide how you run the United States?

As we are growing up, students are taught to "love our country" and stand by its flag. But as we come of age, noting about how the United States erred towards minorities and internationally, I find it hard to be a patriot when it clear the United states is complicit in such horrible things past and present, and it is further amplified when the current president of the United States represents an in-your-face form which can turn people off.

After the confrontations with four congresswomen two weeks ago, in which Trump points that they should either love the country they lived in or "go back where they came from", I want to know what it means to want to care so much for the United States, and how they want to improve its image, or at least rectify its history. It shouldn't have to always be shouted out at every rooftop at every occasion--it should be more like love, a tiny commitment towards improving the country.

How will you try to get people motivated to get involved in democracy, so populism may not rise again?

One interesting article written after the 2016 American election focused on the warning signs of democratic decline, and how younger people believe that living in a democracy is becoming less necessary. There's also curiosity on what would living in a military government would be like, as an increase amongst younger people shows. The current illiberal wave across the world also indicates an indifference or even hostility towards democracy, partially because of economic dysfunction, immigration in Europe, and lack of security in general. The consistent Chinese example, in which they rapidly developed their economy without much democratic movement, can also provide the counter-argument towards further democracy.

No matter how much we like it, one thing that persists is populism. On the left, where it poses the question on how to control the excesses of income inequality and stagnant wages; to the right, how will changes in demographics impact them--not only against the elites, but also the underclass.which develops from it.

Getting engaged in the democratic process is also connected to economic status, location, race, and how their statuses are portrayed. Fortunately, there are examples in which negative economic factors are mitigated , and the United States can drift away from the storm.

And if we want to declare ourselves "leaders of the free world", it would not make sense to create a noose to further democratic engagement at home.

Should the United States continue its role as the world's superpower?

One of the most interesting articles I read was in my Strategy and War class, which featured the argument that the United States should've backed itself away from the global stage after the Cold War. Without the United States intervening in either liberal interventionist projects or neo-conservative wars, then ironically, most of the U.S.'s ideal goals, including a stable Europe, a close relationship with Russia, and further developments across the world.

While these ideas are hypothetical, it implies that American actions in the last twenty years have not benefited the global order, and and may have shifted power centers to the East. Thus, the sole superpower moment the United States claims to hold is quickly fading, with a more multipolar world on the horizon.

Another thing which I've learned from international relations was the concept of realism, in which power derives from states gaining more material strength, so as to get the relative edge. Unfortunately, under a multipower world, it becomes less stable, and prone to global conflict. Should the United States go through this path, are they willing to bear the risk of such a world?

If you become the nominee for President, which platforms from the other candidates' are you most likely to absorb?

While I watched the two debates, I was intrigued by Marianne Williamson's comments. From questioning approaches to health care as a way to treat sickness in comparison towards to building a healthy society to the idea of reparations, she strives to build a United States on moral principles and caring for one another. On paper, it sounded foolish, almost idealistic. But as she discussed about her ideas, even though she won't be getting the nomination, I felt like the rest of the nominees should take her approach to issues--not only looking for solutions, but also delving into the causes of the issues which fester in the United States.

On the other hand, one particular issue which stands out is climate change. The warnings over the past three years, alongside amplifying natural disasters, indicate the need for intensive changes in policy. And with wildfires sparking across the globe from the Amazon to Siberia, it's clear delayed action will not make things better. I appreciate Governor Jay Inslee's focus on it; whenever he discussed the issue, I was surprised that the overall debate was relatively muted on it. And while his campaign for president is over, it's clear he made a spark.

Does American politics necessarily need to be sensationalized?

There's a reason for polarization and the excess of debates--what would making it a sporting event help with people digesting information. When a variety of issues, ranging from health care to the sustainability of American democracy is on the line, one cannot trivialize them.