Five Albums That Changed The Music Industry For The Better
Odyssey
CurrentlySwoonLifestyleHealth & WellnessStudent LifeContent InspirationEntertainmentPolitics and ActivismSportsAdulting
About usAdvertiseTermsPrivacyDMCAContact us
® 2023 ODYSSEY
Welcome back
Sign in to comment to your favorite stories, participate in your community and interact with your friends
or
LOG IN WITH FACEBOOK
No account? Create one
Start writing a post
Entertainment

Five Albums That Changed The Music Industry For The Better

These are the albums that truly change the world and our perceptions of it. 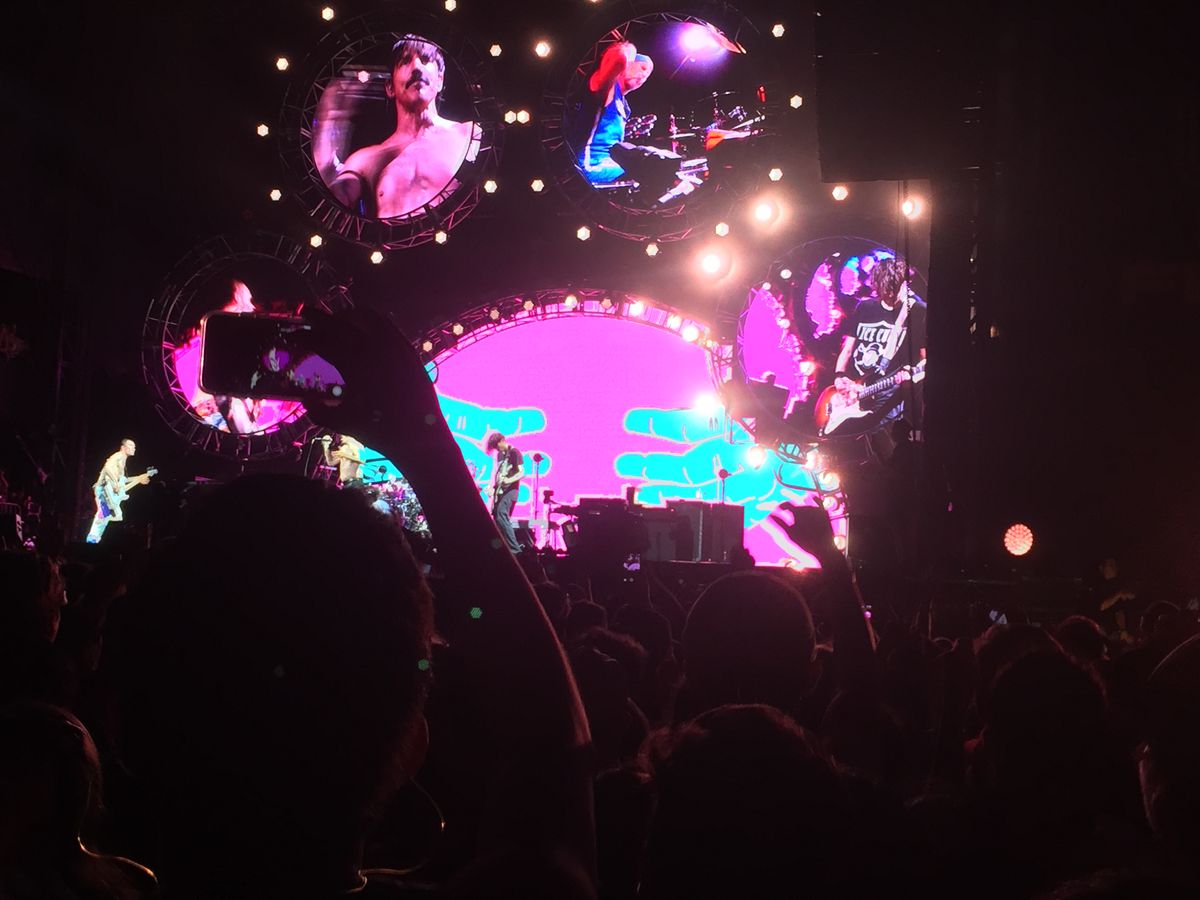 In the music industry, there have been so many albums, breakthroughs, and true works of art that have graced the world with their presence. Music is the easiest way to see the soul. What a person listens to reveals something about who they are and what's important to them. With the artists and musicians that release this content, it's their stories and inspirations they are sharing with the world. There are thousands of albums and songs worthy of recognition, but some just seem to stand out and rise above and beyond others. These are a few of the albums that truly change the world or our perceptions of the world, leaving us wrapped up in their lyricism and sending a message to us.

Departing from his notorious powerhouse sense of style, 808’s and Heartbreak was more of a raw and stripped version of Kanye, focusing on minimalist beats to create a heightened emphasis on more emotionally-charged and deeper lyrics. The album was released in the wake of a huge wave of personal issues, the most grave to him being the death of his mother and a sudden end in his engagement/relationship. The pop-synthetic charters “Heartless," “Love Lockdown," and “Amazing” were the headliners of the album, but the hidden treasures of “Street Lights," “RoboCop," and “Say You Will” are like raw and real pages out of West’s diary.

Really, any album by the Gorillaz could be on this list. After a five-year gap from the virtual band’s last album release, Damon Albarn, the mastermind behind The Gorillaz, was inspired to release a third studio album after seeing the copious amounts of trash on a beach.

The Gorillaz are prided on their unique blend between traditionally-alternative and empowered rap genre, but the 2010 album added in another element of modern pop.

“I'm making this the biggest and most pop record I've ever made in many ways,” Albarn said on behalf of his project, “but with all my experience to try and at least present something that has got depth.”

The unconventionality and versatile range of music provided by the band is unparalleled, with a mellow and despondent “On Melancholy Hill," an electro-pop “Rhinestone Eyes," and the genius of The Clash band members collaborating on “Plastic Beach."

Arguably the most influential band of all time, it shouldn’t be a surprise that a culmination of their chart-topping hits would make a list of essential albums. Combining the influences of 50’s rock and roll icons like Elvis Presley with the “doo-wap” and bubbly pop music of the decade, The Beatles were so influential in creating trends to build all kinds of genres of music, chords, and rhythms, all while staying true to what they wanted to do and not really caring how other people perceived their work.

Their nonconformity led to tremendous amounts of fans and supporters, and they released 12 albums and sold 1.6 billion singles, with 21 number one hits on the Billboard Top 100. Universal hits like “I Wanna Hold Your Hand," “Help," “Eleanor Rigby," “All You Need Is Love," “Hey Jude" – the list of songs worthy of high praise and glory goes on and on when regarding products of the Beatles.

This album holds a special place in my heart. Released last December, J. Cole’s poetic verses depict the story of his colleague James McMillan Jr., who passed away. The entire album is supposed to represent Cole telling the story of McMillan Jr. to his daughter, beginning with “For Whom The Bell Tolls," which shows the dispirited and hopeless state of his current life.

“Immortal” talks about his life as a drug dealer, then “Deja Vu” presents a conversation about him interacting with a woman, trying to earn a chance with her. “Ville Mentality” talks about his frustrations with his current life and then provides some background information about his father dying. A daughter asks for her father in the interlude, presumably McMillan. “She’s Mine Pt. 1” is about his lover pulling him out of a bad lifestyle and experiencing true love.

“Change” surrounds the actual murder of McMillan, with the surprisingly upbeat basis significantly differing from the mellow and deeper tones and beats used in the previous tracks. “Neighbors” surrounds the concept of people judging the people who congregated in a home he bought in a presumably white neighborhood that was needlessly raided by a SWAT team in search of drugs. “Foldin Clothes” continues to follow the upbeat sounds paralleling his attitude and outlook on life when rapping about the positive influences of his wife. The song is an expression of his love and appreciation for her. “She’s Mine Pt. 2” is about falling in love with his daughter.

“4 Your Eyez Only” is the final and longest song, which is the actual storytelling of McMillan to his daughter from his deceased friend’s perspective. The story is incredibly powerful and consuming. It is insanely easy to become lost in J. Cole’s unparalleled ability of storytelling.

For those of us who enjoy apps or websites for music streaming like Spotify, SoundCloud, or Apple Music, you have Radiohead to thank. After being dropped by their record label following their previous album release in 2003 and the rise of a huge wave of piracy and illegal downloads, Radiohead came up with an innovative and unheard of means of distribution: a "pay-what-you-want" online download.

They were the first band to do so, and it moved the music industry into a new world of marketing, distribution, and accessibility. They self-released the album online, stating that people could pay what they wished, followed by a physical release that topped the charts for weeks on repeat. Moving towards an artsier and eclectic blend of alternative and rock, songs like "15 Step," "Reckoner," "Jigsaw Falling Into Place," and "Videotape" each differed profusely, not only showing the versatility and uniqueness of the band but also inspiring and reaching out to a wide range of audiences.

In the end, we all have our little lists of our favorite songs or albums that influenced us personally that may not have made this list today, but that's the beauty of music. Music is personalized taste, and it appeals to different people for different reasons. Whether you're a hip-hop R&B fanatic or a pop princess or even a metalhead, without albums like these, our accessibility and development of the music industry and the sounds itself would be completely different. So, truly, no matter what genre of music you prefer or which artist you could listen to endlessly on repeat, we seriously all owe these masterminds of composition a thank you.