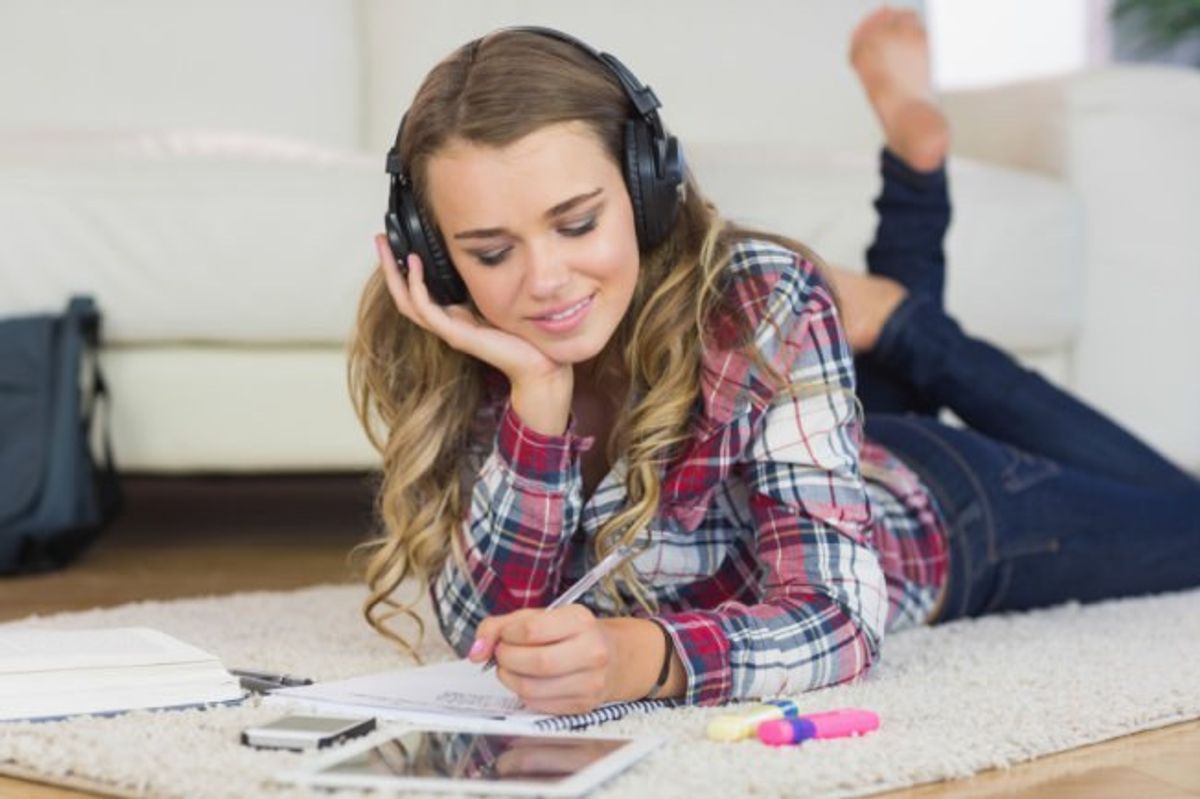 The dreaded finals week is almost upon us, and I want to share my, my friends', and The UNA Odyssey Team's studying playlist. Be prepared for a variety of music, ranging from 1980's to 2000's, classical and alternative, to songs straight out of popular movies.

I don't know about all of you, but I do my best work when I take time to jam out to a rocking playlist of awesome music.

From slow calm style to flip your hair kind of music, sure to get you singing at the top of your lungs. There are styles of music for everyone. Music available on Spotify, YouTube, and more.

The 1980's music era is one of my all time favorites. This generation was always dancing to the beat of Rock 'n' Roll. To Start off your epic finals week playlist, jam out to Journey and Kenny Loggins.

As a tribute to Prince, here is one of my parents' favorites.

The 1990's a great era of boy bands and the beginning of praise bands, we all love today.

"I Want It That Way" by Backstreet Boys

"I Can Only Imagine" by MercyMe

The early 2000's bought us two different boy bands, one Pop the other Christian, but both stole our hearts from the first lyric. Also, girls were screaming Jesse McCartney's hit songs.

"What Could Be Better" by 33 Miles

What a year for great music. Kenny Chesney bought us a heartwarming football song, "The Boys Of Fall". I remember listening to this song before leaving the band room on Friday nights.

Tenth Avenue North released the song, "You Are More", which is basically my motto. Always believe in who you are, even with your flaws.


If you love artists from Laura Story to Rachel Platten to Sabrina Carpenter then, you definitely listen to music from 2011 to 2016 quite frequently.


"We Were Us" by Keith Urban featuring Miranda Lambert

"History" by One Direction


"Scars To Your Beautiful" by Alessia Cara


"Think Of You" by Chris Young featuring Cassadee Pope

To get you excited for 2016 music, here is a new single from Disney Channel's actress, Sabrina Carpenter.

"Smoke and Fire" by Sabrina Carpenter

For all my old souls out there, I have a couple of instrumental pieces just for you all.

Beethoven's "5th Symphony", is one of those build up kind of tunes. Gradually going up and down between levels is just beautiful and calming.


Being a former clarinet player, I love the sound of this piece by Mozart, "Clarinet Concerto".

When you feel stressed out over finals, remember you are not the only one.

"Stressed Out" by Twenty One Pilots

"Walking On A Dream" by Empire of the Sun

Doesn't it always seem like movies have the best soundtracks? Well here are a few from popular movies.

If you love the Barden Bellas, you are sure to be singing along to this powerful song.

I believe I can ace this test. I believe in the impossible.


To end this epic playlist here is one of my favorite 80's movies. Dirty Dancing - "(I've Have) The Time Of My Life" by Bill Medley and Jennifer Warner.


I hope you have enjoyed the playlist of awesome music, that I have shared with you all. Good luck with everything and remember music is the greatest thing ever!