Accepting Myself Was Worth The Pain 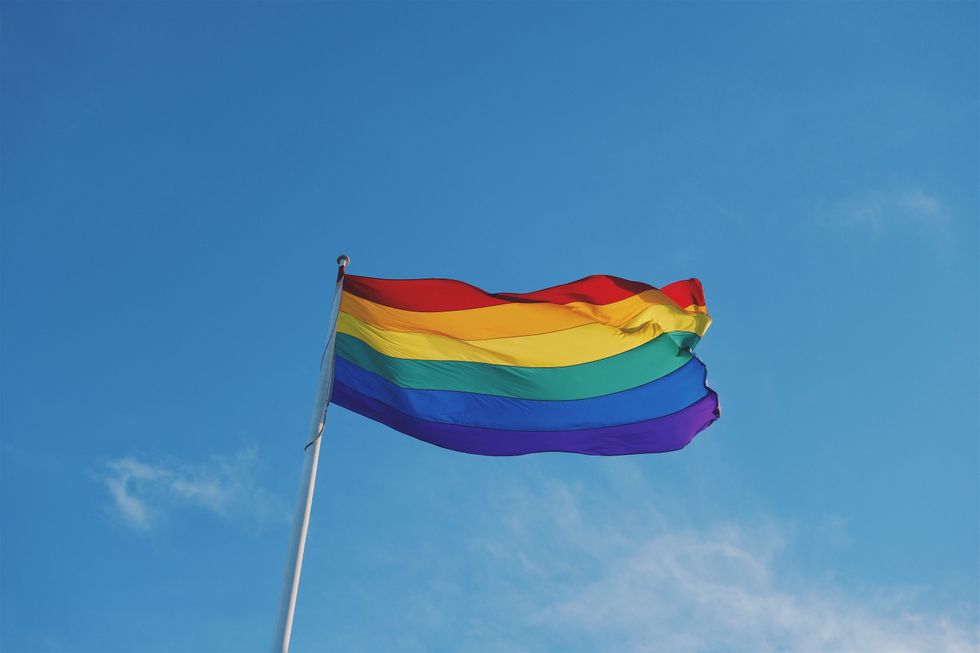 For a majority of my life, I've struggled with my gender identity. It's a long story of uncertainty and fear — eventually came happiness and a sense of pride.

My story begins in the eighth grade: the first time I ever learned the word about the term "transgender" was on Tumblr. I found some people on the site who identified as such, watched their YouTube videos, and came to the conclusion: I was trans.

I grew up fearful of what people would say — that I was a freak, or going to Hell. I was scared to come out to my parents: would they kick me out and shun me, as other kids had experienced?

The rest of high school is hazy — I was forced to live with my given name and the pronouns I didn't choose. I struggled to fit in. I dressed in a lot of black, my hair was shaggy and hid my face.

Somewhere along my junior year, I mustered the courage to tell a few friends about my new name and asked to go by he/him pronouns. I eventually told my mom how I felt, but she was resistant at first. She didn't understand what any of it meant — and although I was willing to educate her, she didn't go for it.

Online, people were calling me by the name I picked, I even introduced myself as such, and people were using the pronouns I wanted. They were small, yet successful, steps. I went through another "crisis" a few months later; I suddenly hated being called by masculine pronouns and I couldn't stand being called the name I chose.

I began questioning everything I was once certain of. I was so set on my name, and un-coming out to the few friends I made online was awkward, and I didn't mind the few friends who still called me by the name I picked. Yet I was facing this new anxiety of not having an identity.

When I was a senior in high school, I came out as "gender-fluid", which essentially means that my identity is on a spectrum: some days I am more masculine, other days I am more feminine, and occasionally I am neither.

I was proud of my identity, and that I was finally living truthfully.

I grew to learn that clothes have no gender; tee-shirts are tee-shirts, jeans are jeans -- why does it matter if the jeans I buy are from the men's section? They're comfier and have better pockets! Men's tee-shirts are broader across the shoulders and fit me better!

I started wearing whatever was comfortable for me in whatever fashion I wanted. I got a proper binder to conceal my chest; I kept getting my hair cut short because that's how I like it. Sometimes I get referred to as "sir", other times "ma'am", and I don't mind it anymore. It made my heart race and made me feel awkward, but now both are equally as comfortable for me.

I struggled with my identity for a better part of my life. I was fearful of being judged and rejected by my family and by my schoolmates. When I finally took the leap and came out, I was surprised by the love and support I was given by my friends. My parents were just happy I was happy.

When I started being honest with myself, I became happier too.