The Truth About FGCU Sororities And How They Changed My Mind

How FGCU Sororities Changed My Mind

We all hear the horror stories about sororities... but are they true? 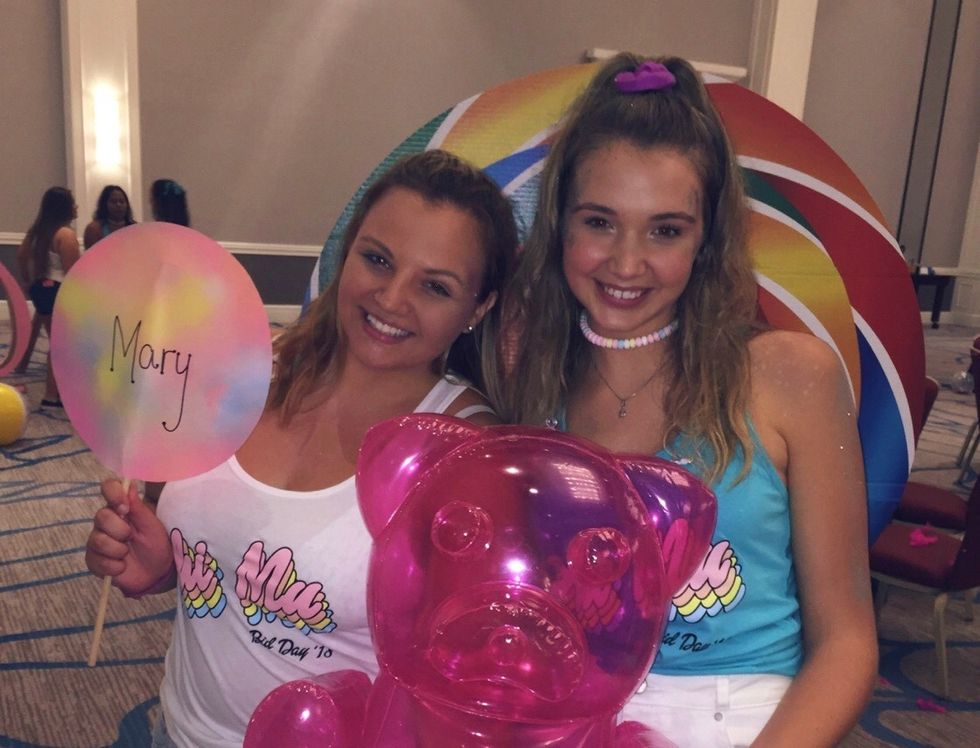 Growing up I watched "High School Musical," when it finally came time for me to go to high school, I went in with the expectations of it being like that — at least to some degree.

Oh, how I was wrong.

High school was nothing like the movie, the movie made it seem as if was some beautiful glorified world with singing and dancing, don't get me wrong, I love the movie, but during freshman year I was mad that it wasn't like that. Movies tend to do that. They set our expectations and make us bias to expect certain things. I personally have such high expectations for a man now because of "The Notebook."

Going into my freshman year of college I had heard the stereotypes and negativity surrounding sororities. I had watched the movies, heard the stories, and had been warned by all those people. But I just felt like in my heart it wasn't like that. At my orientation, I met the Panhellenic team at FGCU and they were a group of girls in different sororities who openly talked about the truth of what it really was.

After meeting the team I decided to go home and sign up for the recruitment. Worst comes to worse I could always just drop out, go back to my dorm, and binge watch Netflix. I really had nothing to lose.

Signing up for recruitment was a longer process than I could've imagined. It felt like a job interview. They wanted to know my interest, hobbies, volunteer experience, GPA, etc. At the end of the questionnaire, it told me that I was required to take an anti- hazing course.

This course was serious, you had to watch the videos and then take quizzes and pass them with 80% or above. It took about an hour and was extremely informative. I learned through the course that FGCU has zero tolerance for hazing.

Fast forward to the first day of recruitment, I physically felt so sick. I was worried and anxious, scared about my outfit choice, did my makeup look good enough, all the things that society makes you think these girls care about was circling in my mind. I decided not to wear heels and I was convinced that they were going to drop me right then and there.

Walking into the first room I was greeted by a group of girls smiling, one of them took me across the room and we began to talk. She asked me questions about where I was from, what I did in high school, and what I'm looking to do to better FGCU.

Not once in any room that I entered did a girl comment on my physical appearance, I realized it didn't matter what shoes I wore, or how I styled my hair. It mattered about who I was as a person.

I never thought I'd be a sorority girl. But it was the best decision I've ever made. FGCU sororities are different, it's like a giant family with each organization supporting one another.

Each Greek organization has a philanthropy which they fundraise for. I had no idea what a philanthropy even was until I was told about it from one of the girls.

The sisters work together to raise awareness for their cause. It's a beautiful thing to see at FGCU, and an amazing thing to say I'm apart of.

I highly recommend to any students attending FGCU to at least give Greek life a chance, each organization is special in their own way. They give you the opportunity to find your forever home.

From Your Site Articles
Related Articles Around the Web
sororities
Report this Content
This article has not been reviewed by Odyssey HQ and solely reflects the ideas and opinions of the creator.

The Worst Kind Of Sorority Girl