It's Time To Treat Female Customer Service Employees With Respect

Women in the workplace should be treated with respect—they’re the ones who are helping you. 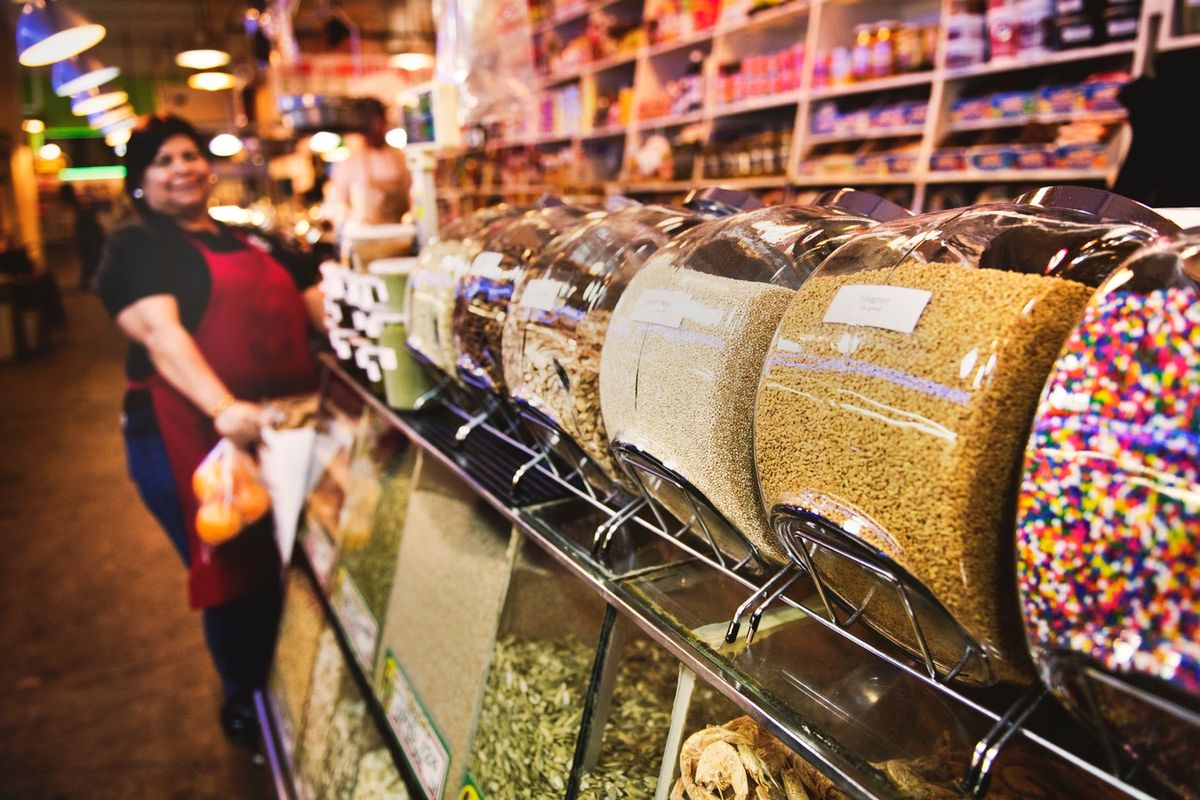 It’s around 8 p.m., and I have just under three hours left of my work shift at Publix. It’s a bagging shift, so it’s not too bad. I happily talk with the customers: the mom of three who’s clearly relieved when her kids get free balloons to help calm them down; the college couple buying two mountains of ramen; the coupon lady that buys three years’ worth of detergent in a single night, who somehow only spends $23.19.

I make runs to replace broken eggs, figure out sales misunderstandings, and help customers to their cars. Just a normal night at Publix.

I love my job. But there are times when I’m reminded that the workplace isn’t always so positive—not for a woman.

With just under three hours left of my shift, a pair of college-aged guys come through my line. They’re clearly getting ready to party: It’s Cinco De Mayo, they’re buying two large crates of Corona and a bottle of margarita mix each, and they both ask for a wad of cash for whatever is in store for them.

I start chatting with them. I ask them how their day was, if they’ve had a good weekend so far, and what they had planned for the night. They respond with, “Isn’t it obvious what we’re doing tonight?”

Well, yes, but I’m just trying to be friendly.

Then, they start asking questions. What am I doing tonight? What time do I get off? Am I interested in joining them at their “Drinko De Mayo” party tonight? They promise, after all, to show me a good time.

“No, thank you,” I reply simply. I had to wake up early the next morning and I don’t like going to parties. The guys were giving off a bad vibe already, and I had no desire to spend any more time with them then needed.

I responded by glaring at them for a moment before leaving to work at another register that needed my help—they could get their own bags.

This experience is not the worst thing that has ever happened to me, and it’s certainly not the worst thing that’s happened to a customer service employee. But I give this as an example, because it highlights so many things that are wrong with society, and because through reading this, I’m hoping that you, the reader, can help lead the change that makes society better, safer, and happier. Because if not you, then who?

There are four fundamental problems with situations like these. The first problem is that the men who bring about these situations have a lack of respect for the women that are working. Whether it is because they are the ones being served, or because they grew up with a lack of respect for women, does not negate the fact that this is unacceptable behavior. Anyone in the workplace should be treated with respect—they’re the ones who are helping you. And if you’re not giving that respect to a worker because they are female, then your sexism is what is perpetuating a culture that thrives on oppression.

The second problem is that the men who cause these situations expect what they want from a woman to be given to them, no questions asked. This is because traditionally, men, whether consciously or unconsciously, are taught that they deserve access to our time, attention, and even our bodies—when this is simply not true. Women reserve the right to either give or keep our time, attention, and bodies, just as men do.

The third problem is that when denied by a woman, these men believe it is OK to be verbally abusive. Rather than respect a woman’s answer, these men prefer to use intimidation, abuse, and degradation to assert their dominance in the situation. Because they don’t have enough respect for a woman to understand that “no” does not mean, “I’m attempting to take power away from you,” they decide to overcompensate through means taught to them over centuries of misogyny.

The fourth problem is that men are not taught that this isn’t okay. There are no education classes in school in which boys are taught to treat women with respect (like any human should be treated), but girls are constantly taught in the public education system to not sit a certain way, to not show their shoulders or their bra straps or to not talk to boys in a way because it’s impolite, distracting, or not submissive. There aren’t enough social situations in which men are encouraged to treat a woman as his equal rather than an object to be desired.

A change needs to be made. And you need to help that change foster and grow. You can do so by treating women with respect, especially those who are working to help you. You can do so by understanding that women have every single right to decide whether or not to give you time or attention. You can do so by not being abusive, but instead, accepting, encouraging and empowering. You can do so by advocating for women’s equality and spreading awareness in social situations that should be altered.

Essentially, make the change by being a good person. Treat female customer service employees with respect. Treat women with respect. It’s really not that hard.