Because one season of "Stranger Things" is never enough. 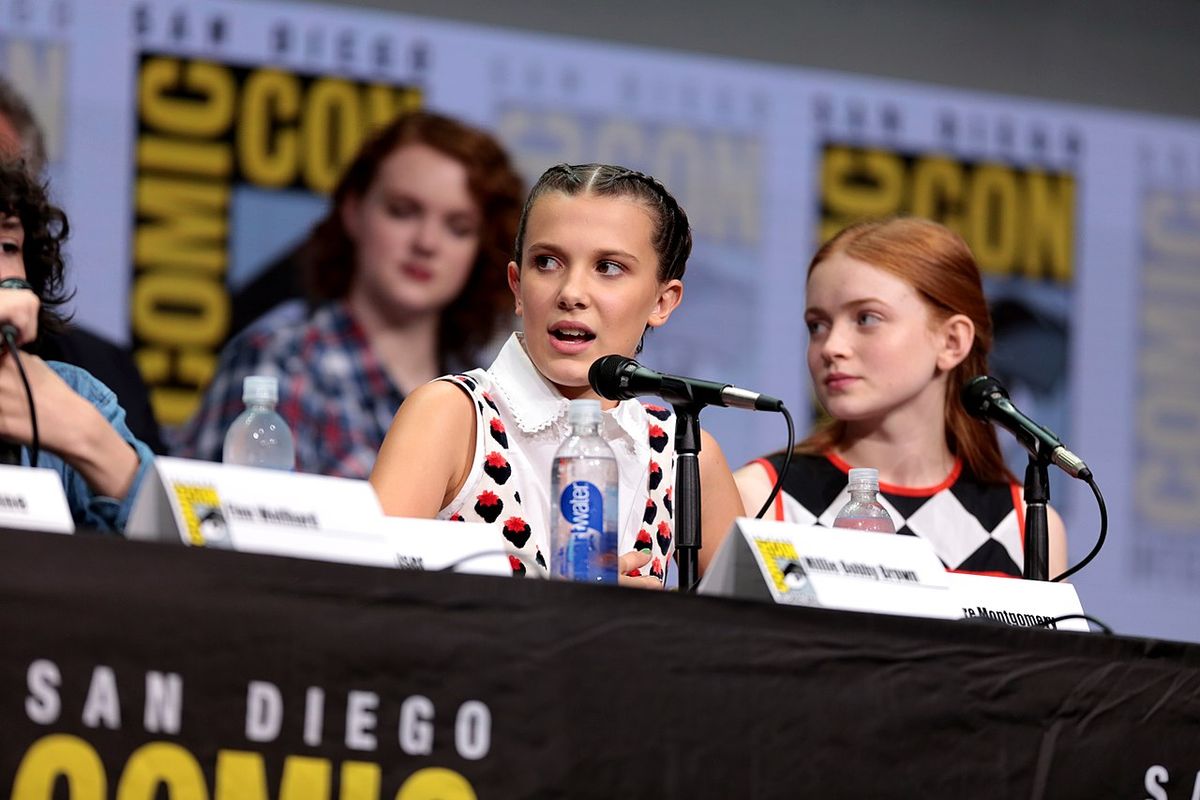 Unless you hate yourself, you have had October 27th marked on your calendar for a while for the release of "Stranger Things 2" streaming on Netflix. If you're anything like me, you've already finished the second season and started bingeing the whole series over again from season one. However, I totally understand if you are stretching them out so that it lasts longer. Because let's be honest, one season of "Stranger Things" is never enough! So, IF YOU HAVEN'T FINISHED "STRANGER THINGS 2" DO NOT READ ANY FURTHER; there are A LOT of spoilers in this article.

This is your last warning!

1. When you opened Netflix on October 27th

"Stranger Things 2" was at the top of the home page with those glorious words "new episodes" and "watch now."

2. When you found out there was ~another~ just like Eleven out there.

It makes total sense but you still somehow feel like you are now in The Upside Down.

3. But would it even be "Stranger Things" if they didn't throw major new information at you in the first five minutes?

The answer is no. No, it would not.

4. When you see The Party all back together again.

5. When you finally get a peek at Eleven.

Of course, she figured her own way out of The Upside Down, she is Eleven.

6. When Will goes to see "new" doctors at Hawkins Lab and you're suspicious AF.

As you should be, Hawkins Lab is all sorts of creepy.

7. Because we all know nothing good can come out of Hawkins Lab.

Of course, they're spying on Will for their own agenda.

8. When you find out that Joyce Byers has actually been happier for the last year.

9. When you got the low down on Hopper and Eleven's budding father-daughter relationship.

It is what they both longed for all along. I'm not crying, you're crying.

Oh, Steve, you used to be such a douchebag and now here we are, all rooting for ya.

11. When all Eleven wanted was to go trick-or-treating like a normal Hawkins kid.

And you wanted to jump into the TV and take her yourself.

12. When the boys went trick-or-treating and suddenly you too wanted to go.

Let's face it, this show is super male-centric. Max was the best addition to the cast.

14. When Joyce is the only parent acting rationally.

Children went missing, monsters from other dimensions, yet some of these little kids are still riding their bikes wherever they please after dark.

15. When you meet Dart and you know it can only mean trouble.

They know that the gate to The Upside Down is open yet Dustin seems to think this unknown creature is a cute lovable pet...?

16. Billy Hargrove--Antagonist Rookie of the Year.

This one's layered deep, y'all. Remember when Steve Harrington was the Hawkins villain? Doesn't even hold a candle.

17. When you just want to hold Will tight and tell him everything is going to be okay.

Being possessed by the Shadow Monster does not sound like a good time in any dimension.

18. When the inevitable happened.

Mixed emotions on this one.

19. When Hopper jumps right into The Upside Down.

WHAT ARE YOU DOING DUDE?

20. When this squad then jumps in to help save the day.

21. Meanwhile, Eleven was also squaded up.

This one may not have worked out for now, but you know (or hope) they're going to be kicking ass in season 3. They look too damn cool to ignore it.

22. When you weren't completely confident in how things were going to turn out.

You were actually in that same position on your couch while watching.

And slays TF out of everyone in her new look. Total Badass of the Year.

24. When you realized that Steve Harrington is the second best mom in Hawkins after Joyce Byers.

Oh, Steve, your character development has been on point.

25. When Nancy pretty much made Dustin's life.

Remember in the pilot when Dustin CLEARLY had a crush on Nancy and she literally slammed her door in his face without saying a word?

26. When Max made the first move and you were all the way here for it.

27. When you FINALLY got to see these two at the Snow Ball.

28. When it all seemed so wonderful but the last shot leaves you with this dude leering over the school in The Upside Down.

So The Gate may be sealed, but The Upside Down still exists...

29. And finally, when your brain flooded with theories for season 3 as soon as the credits started rolling.

And now you immediately start the show over again from season one while you wait a whole year for season three.
Report this Content
This article has not been reviewed by Odyssey HQ and solely reflects the ideas and opinions of the creator.