If You've Ever Felt Like A Walking Contradiction, This One's For You

If You've Ever Felt Like A Walking Contradiction, This One's For You 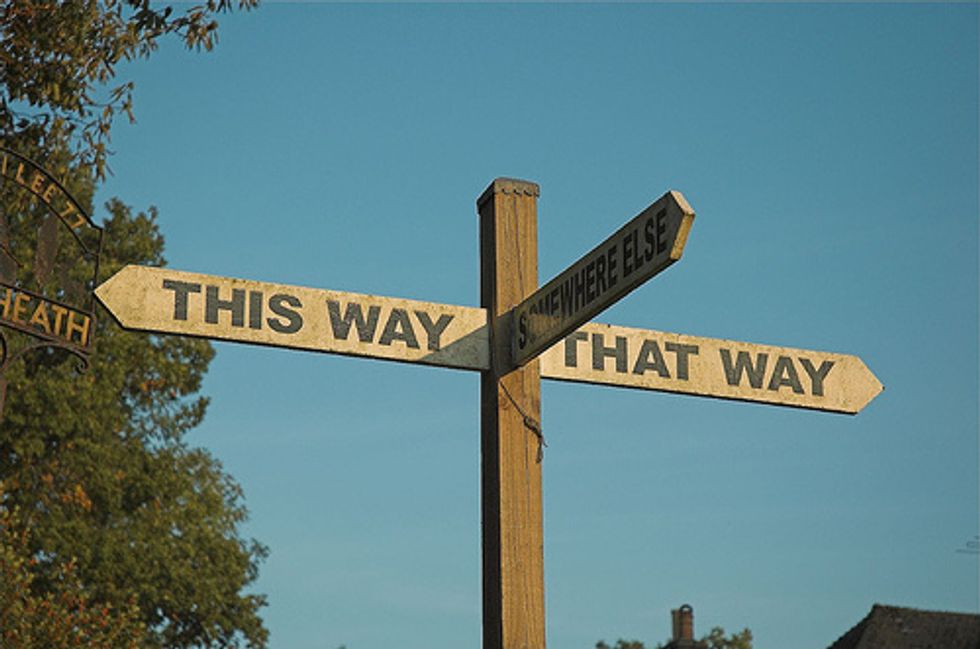 It's not really news that life is filled with expectations. When you even leave your house, people are assuming you will think, behave, and talk in a certain way. Huge problem though; which version of you do they want?

Everyone puts on different faces and behaviors depending on what they're doing or who they're around. This doesn't mean that you're not being yourself, in fact, it is a great example of how complex being yourself actually is.

No one can be boiled down to a few traits. In some cases, you might think and believe in things that seem to contradict one another. I can't vouch for the rest of the world, but I think that's valid.

You have undoubtedly heard the terms extrovert and introvert or been asked what your Myers-Briggs personality is. For those of you who don't know what the Myers-Briggs test is, it's a really long online test that gives you an acronym for aspects of your personality. By the way, there are only 16 personality types. Over 7 billion people on earth, but the most well-known personality test only has 16 possible results….huh.

Personality tests can give you a generalized idea of yourself and behavior, but it is just an overview. Cliché as it is, everyone is unique, and you can't actually be reduced to a mixture of letters.

To be fair, I can relate to the results I've received from tests like these. I can understand how I could be classified, but I don't take it to heart. People change, and I know my results did the last time I took the test.

But, to get a little more in-depth about inner thoughts, it's about more than whether or not you're an introvert or an extrovert. For example, my latest Myer-Briggs is INTJ-T. Sure, while reading through the descriptions, I can relate, but can these letters actually help me figure out why I think the way I do?

Like in relationships/friendships, I don't really show how much people mean to me. I'm terrible about constant contact, but that doesn't mean I love them any less. I'm someone who enjoys their personal space, but sometimes I want to give someone a big hug. I've yet to fully understand this...

In a more general sense, I will judge and dislike someone based on some behavior I notice from them, usually something I deem as selfish, but then worry that people are judging me. I distance myself mentally and ideologically from these people to support my dislike of how they act, but at the same time want everyone to get along.

You might not feel the exact same, but maybe you can relate in some way. Such as the idea of death in movies. It's common for people to say they care more about a dog, or any animal, dying in a movie more than they care about a human character dying. That is a kind of extreme example, but it is also a first thought or reaction. It's not like we actually don't care about a character's death. We might just be reflecting or redirecting emotions we're not sure we should show, onto the death of a purely innocent animal.

The point is, while our thoughts are important, they are wavering. Just because we put on some kind of façade, doesn't mean we are any less of a person. Whether people want to acknowledge it or not, personalities are much more complex than a few likes and dislikes.

It's okay to feel like your thoughts contradict themselves because thoughts are not actual beliefs. Beliefs and ideals are solid aspects of our identities and personalities that will undoubtedly come off in different ways throughout our life.

You don't have to go around telling people your random thoughts that even you don't always understand, but it can be helpful to own up to them on a personal level.

So, you did something or thought something you're not proud of. Or, maybe you are proud of it but didn't expect to be. Things happen and people change. But, within the changes and results, there will always be some kind of pressure. A sort of subtle challenging of yourself that I've come to believe is natural, though not definitive of one's identity.

Taking such an introspective stance on a few stray thoughts and ideas could be seen as a bit of a stretch, but that's okay. It is exactly these small and little things in our day-to-day lives that hold our interesting when in our times of identity struggle. You shouldn't feel weird about taking that time to evaluate your life or even re-evaluate. Every once in a while, it can be refreshing to take the time and explore your own mind and behavior. It doesn't have to be an epiphany moment. Just a bit of a check-up.