Now, on with our regularly scheduled chapters... 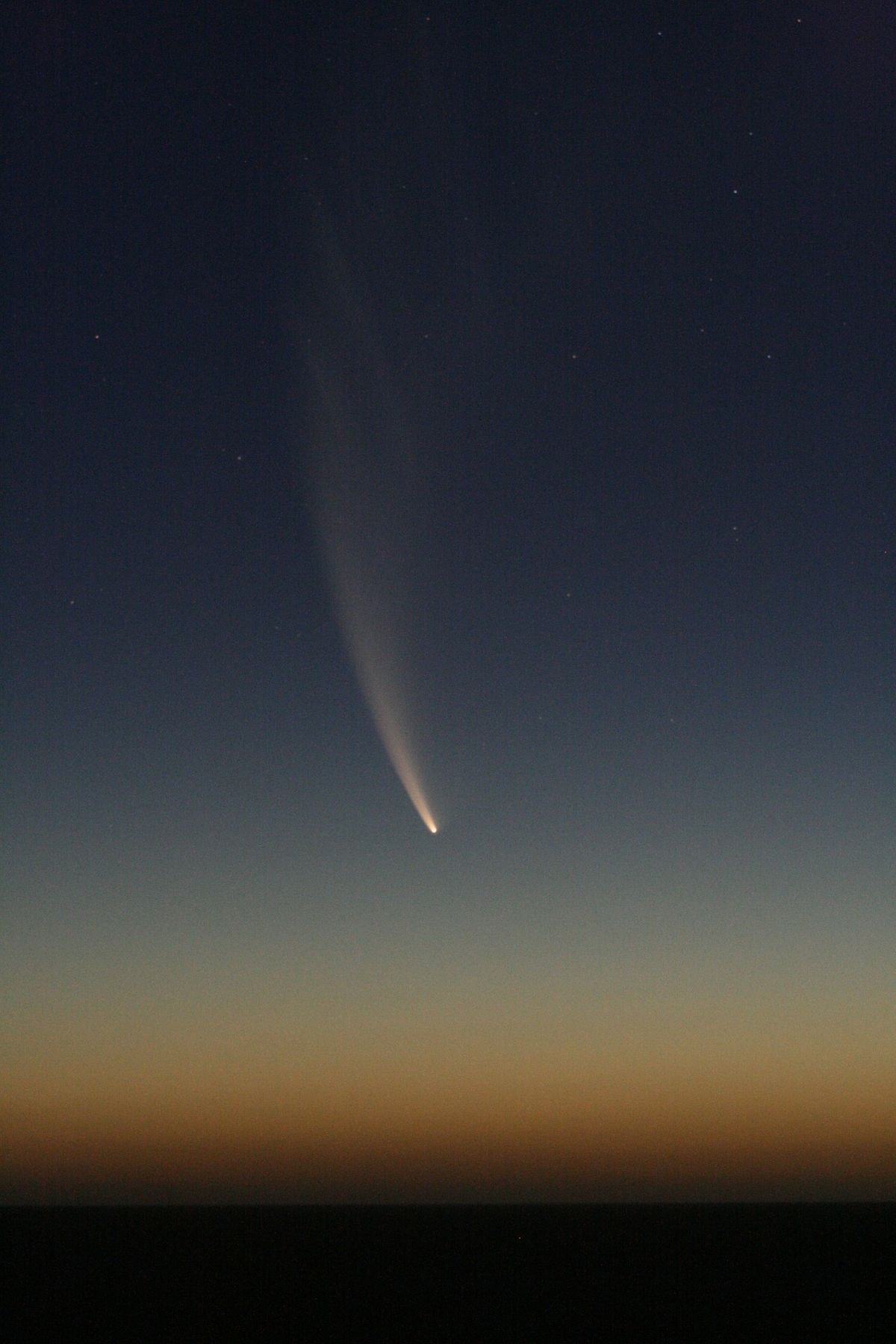 Maldore followed the Traveler closely through a narrow incline leading out of the small canyon. The Young Namican still doubted this stranger's story, but it made partial sense; still, there was no basis for such ideas to be made up. After all, Namicans had little contact with other species, and maybe a few of them did have strange gifts. He nodded up toward the Traveler, keeping pace in the darkness.

"How much further? I think it will be dawn before long."

The Traveler didn't miss a beat. "Just a little ahead. My friend doesn't like showing himself to too many at a time, we'll have to be out of sight of the others."

Maldore pursed his lips, following the rest of the way in silence. Scaling a short cliff, they found themselves on what seemed a wide open plane expanding in every direction ahead. They trekked a few moments forward before the Traveler motioned a halt.

"Now, he's also a bit picky on his timing. We might be here for a short while."

Maldore sat down. "Does he have a name?"

"Aye. But he prefers to introduce himself."

Maldore sighed. "For a creature with a lot of struct preferences, he has an odd choice of friends. No offense."

The Traveler chuckled. "None taken. It took me some time to get used to him."

The young Namican smirked. "And why would that be?"

The strange creature shrugged. "Well, perhaps because I get regular visits from him all the time. You, however, will only get to meet him this once, so I recommend you be on your best behavior."

The Traveler cracked a slight smile. "I'm sure."

The young creature huffed, standing on his paws. "I'm not going to wait here for some mythical being while listening to insults! I just want to find my parents."

"And you shall find them."

The young Namican snapped his head around, spotting a glow forming in the air a few paces away. His eyes widened before squinting as it intensified.

The Traveler smiled. "Impeccable timing. A moment later and this all would have fallen apart!"

A luminescent being stood before the Namicans. It bore strange upright ears, a mane, and a hefty tail. It reached a paw toward Maldore, who only fell to his knees in dumb respect.

The divine creature's stare pierced him. "I am Iven. My fellow servant was sent to gather the Fates where none would harm them. He needs faithful Gol'e at his side. You... are the first."

Maldore wavered slightly as though he was about to pass out. "What... are Gol'e?"

Iven motioned toward the Traveler. "It is for both of you to know. The Gol'e are a collection of skilled creatures, the name meaning 'select' in the Namican mother tongue. Ela, you are to find them all."

The Traveler nodded. "But how many are there?"

Iven's gaze turned back toward Maldore. "You are first of three heads, the leaders of ninety-eight all. You will serve under your king." He motioned to the Traveler. The strange Namican's eyes widened, shaking his head.

The spirit took a step back. "You will discern that for yourself soon. But Maldore, you must better understand your role and your followers. Come to me."

"Good. Here... it will not make sense at first, but will eventually in time." Iven placed a gentle claw on Maldore's forehead, the Namican suddenly falling to his side, unconscious. The spirit turned toward the Traveler, his expression serious but sympathetic.

"You may not like the idea, but you will understand it one day. You must lead them. And you must not refuse your place as their king."

The Traveler only sent a reluctant look, but nodded. "When will Maldore recover?"

Iven blinked once. "Soon enough. Stay by his side until then. You have three days to find the missing Namicans."

And with that, the spirit faded into the background. The sky in the east was beginning to grey with the approach of dawn.