Farren's Day Off: A Story Of Bullying And Pain
Odyssey

Farren's Day Off: A Story Of Bullying And Pain

The news of the young man who took his life too soon really touched me. 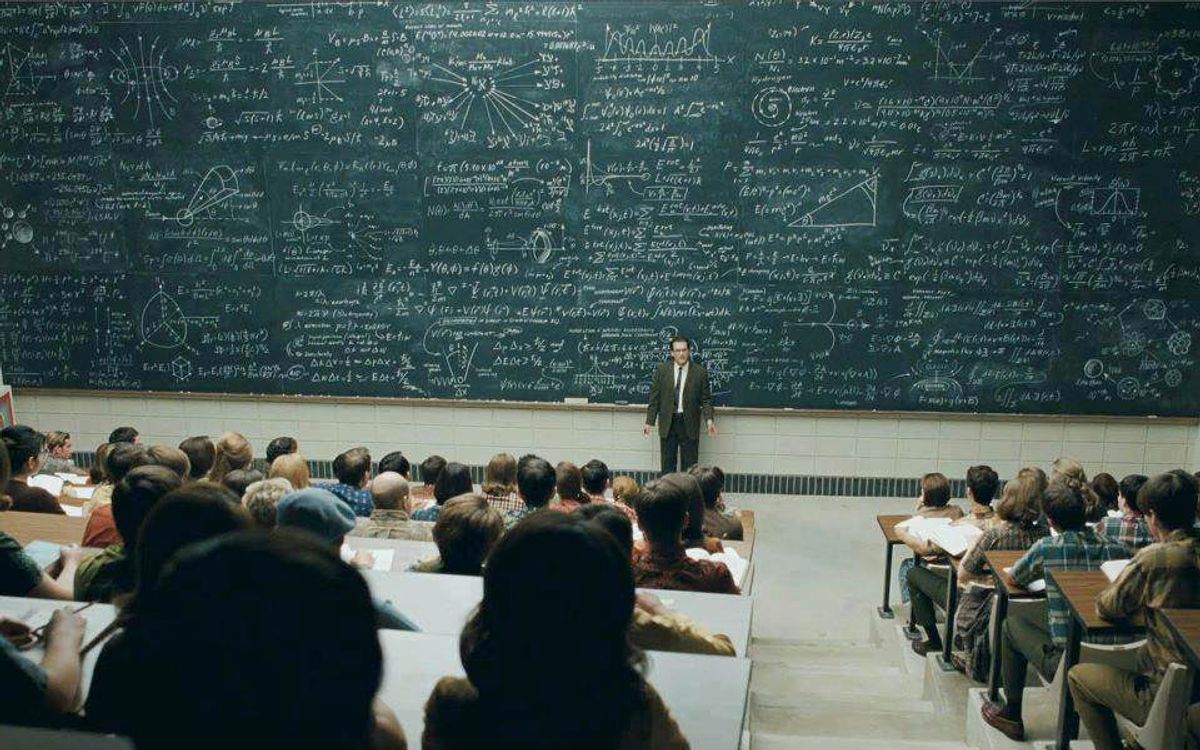 The news of the young man who took his life too soon really touched me. I understand how he felt, and I have decided to share something that has only be shared with a few people. This was originally written for an English class, where we were instructed to share a personal narrative. Exaggeration was encouraged.

"Rachel, I feel as though this story is more truth than exaggeration," the professor came up to me after class, holding me back for a moment. She had seen the tears stream down my face when I shared with my small group, but watched me persevere through sharing with the class. Anyway, this is the story that I shared, and now I am sharing it with you.

Farren did not know what horror she would be facing when she walked into the door of her geometry class. As she sat silently at the lunch table, the young student thought about every other class through which she had sat. Repressing the memories from other classes, Farren forced a smile onto her face in a futile attempt to blend in with her classmates. The young girl never knew if her classmates knew what she was going through, or if they noticed her existence. Farren did know that she hated math class more than anything. It was not that she hated school, the exact opposite was true. Farren loved school. She loved going to class and learning new things. Her favorite part of the day was when she was able to go to Biology with Mr. I, or when she could go to the library to get a new book recommendation from Mrs. G.

As the administrator announced the end of lunch, Farren jumped up, slightly shocked by the loud noise over the speaker. It was a short walk to geometry, and she dreaded every step. She counted out each one, and with each, she let a different memory resurface. With each memory, an old nightmare accompanied it.

Step one: the first memory to resurface was always her first day when her seat had to be moved to the front of the classroom, as she could not make it to the back with a broken leg. Farren had already passed her first semester of geometry. She had to constantly remind herself that she was almost done, the torture was almost over. Step two: the first day she answered a question correctly, and the surrounding students started mumbling. She had almost made it to her class, step 12: the next memory consisted of the day she heard the two students behind her mocking her because she liked math. She was at the entrance of her classroom, step 18: the first time she had told her mom she was sick and needed to stay home. Unknown to her mother, it was Farren’s excuse to not go to geometry so she would not have to endure the torture it promised. It had been months since the first time she skipped school.

Class had started, and Farren sat silently in her front corner, surrounded by her own personal terrorists. Today was particularly bad. They were relentless, Farren guessed it was partially her fault as she was the only person who participated in class. Thankfully it was a Friday, the last day of the week. Ten minutes before class was out, it hit her. The small pang of a comment that would leave a lasting wound.

“My gosh Farren, do you have to be such a diabetic, freak, know-it-all?” Farren’s female tormentor had decided to lower herself to Farren’s level and actually spoke to her, instead of keeping her harsh words to herself and the boy next to her. Although Farren was only two feet away, so she could hear everything going on around her. But those words, they had cut deeper than any other had before. She wanted to cry and hide. Most of all, Farren wanted to be gone.

Class had finally ended and Farren moved to her final class, biology with Mr. I. Because she had advanced biology, Farren’s class was mostly sophomores, except for the three other freshmen sitting around her, so she was able to escape her verbal bullies. The words and the memories still stuck with her. There was no way around that so, she pushed through until the end of the day, when she could finally go home and bring peace to the world. Everything was perfectly normal that day when she got home, but Farren’s mother refused to leave her alone. Some of Farren’s emotions had subsided, but she did not tell anyone how she was feeling.

Step one, the first day of class, the day she tried to make friends with her nightmares in the door frame, her last memory of the class. Today would be the day Farren would try one last time. She quickly sat down, pulled out her notebook and wrote two words with two arrows. “HELP ME!” The arrows pointing towards her persecutors, but the writing could only be seen by her teacher. He walked by, glanced at the note, and said that he would be helping everyone with the homework problems as soon as they all got to class. He walked right passed her. The one time she tried to get help, the teacher ignored her. That was the moment Farren’s heart broke. She was terrified that the one time she tried to reach out to someone they shut her down. According to her teacher, there was nothing wrong with the torture she endured that day, and every other day of the year. This reinforced Farren’s ideas that no one cared. It was over.

That night Farren sat in the corner listening quietly to what everyone said during the book study with her youth group. The only time she spoke, was when she was required to do so. That night, Farren was sure she could feel something else in that room. She felt an overwhelming sense of calm, and she knew everything was going to be okay. Farren made it through that day, and the next, and the next. She does not know how she did it, nor will she ever understand why she did not end her life. She does know that it was God who helped her through, and she does know that she will always battle with the feelings of isolation and depression, but she knows that it will be okay.