A Farewell To The King Of Hell
Odyssey

A Farewell To The King Of Hell 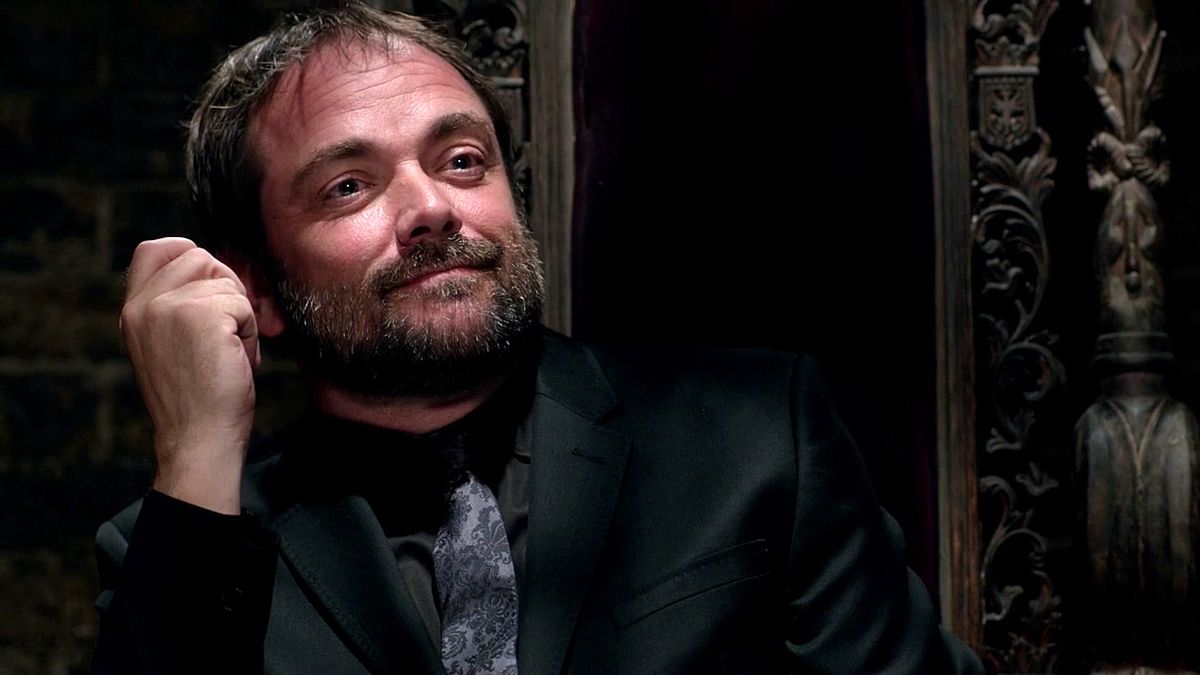 The season 12 finale of "Supernatural" aired Thursday, May 18th and boy was it a kicker. First of all, I know I'm a little late to the party with this, but I just watched the episode, so here we are. This episode hit me harder than the season 2 finale of 90210 (and that's saying something because that episode shredded me. So many bad things...so many).

Supernatural's twelfth season concluded with many deaths (as per usual), but it seems like this time, some are going to stick. Before I get into that, I'm going to give you all a quick summery of what happened in this episode, in terms of deaths.

The first death we see is that of Rowena, and let me tell you, I am so angry about the way that went down. Rowena, Crowley's mother who happens to be a witch, was killed by Lucifer and all we got from the was seeing a burnt and shrived body on the ground that did not belong to actress Ruth Connell. Here's the thing about "Supernatural," death is something that doesn't stick very often, so there is a possibility that Rowena will come back. However, if this really was her end, she deserved a death that was at least shown on screen.

Then, later in the episode, a rift in time had opened a portal to another dimension where Bobby is still alive and kicking (I miss Bobby) and Sam and Dean were never even born. So, as a way to defeat Lucifer again, they decide to trap him in this alternate dimension where everything is already terrible, so how bad can adding Lucifer to the mix be? In order to do this, someone has to die so CROWLEY SACRIFICES HIMSELF. Ugh, more on that later. Then Lucifer ends up getting back into the regular dimension, kills Castiel (I'm not even worried), and stirs up more trouble. Mary (Sam and Dean's mother who has recently come back to life) then forces Lucifer back into the other dimension and the rift closes, trapping them both inside. Oh, and Lucifer's nephilim spawn in born as a full sized human and Kelly dies as well.

So let's start with who is most likely not staying dead. Castiel will be back no doubt. Misha Collins has signed on for season 13. Lucifer the character will probably come back in some form, even if he's not played by Mark Pellegrino. Mary Winchester will probably be back, even if it is just in flash backs. And Rowena is the big maybe. Now, let's go to who is definitely dead for good. Kelly is gone and I doubt anyone cares (sorry). She was only a relevant character while she was pregnant and now that the baby is out, there's no need for her. And lastly and sadly, Crowley is officially dead and gone, which brings me to my main point of this article/ rant.

Mark Sheppard officially announced that his character Crowley, the King of Hell, will never be returning. He tweeted "There are NO plans to have me return to SPN at ANY juncture." Crowley has been with us since season 5 of Supernatural and he will continue to be one of the most favored characters even though he is gone.

So, I would like to say goodbye and thank you to Mark Sheppard and to Crowley. Thank you for being a fantastic character with amazing depth and amazing sass. I will miss the humor and smartassery he brought to any situation he was in. Crowley was one of the best kinds of villains because he made himself likably bad. He may have gone a little soft by demon standards from time to time, but he made sure to remind us every now and then that he was remarkably bad ass. What l will miss the most never being able to here your trademark line of "Hello, boys" again.

Crowley, you will be missed.

Caitlin Marie Grimes
University of South Florida
9400
Beyond The States